But the late fireworks weren’t enough as Wyoming fell 71-57 to the first-place Rebels and 73-66 to the second-place Aztecs during a frustrating two-game home stand last week.

Wyoming will try to get off to a faster start against struggling Utah State on Thursday at the Dee Glen Smith Spectrum (6 p.m., Mountain West Network).

The Cowgirls (12-7 overall, 5-3 Mountain West) have won three consecutive road games and are in the middle of a nine-game stretch in which they will play six road games.

The Cowgirls were 11-for-40 (27.5%) behind the arc during the two losses at the Arena-Auditorium. UW was also bothered by the full-court press in both games.

“I feel pretty good,” Weidemann said of UW entering the second half of the MW race in fourth place. “I think we have a lot of girls gaining experience, learning a lot right now. You look at the away game stretch we just had, we were able to finish games and win.

“We just need to continue carrying over the mindset that we need to do whatever we have to in order to win and not backing down from that.”

ROAD WARRIORS: The Cowgirls, coming off disappointing home losses to first-place UNLV and second-place San Diego State, have a three-game road winning streak. The Aggies have lost 10 of their last 11 games. UW leads the all-time series 28-10, including a 10-6 edge in Logan.

SHE SAID IT: “We just need to continue carrying over the mindset that we need to do whatever we have to in order to win and not backing down from that.” – UW super senior Quinn Weidemann.

The Star-Tribune's Ryan Thorburn sits down with new Mountain West commissioner Gloria Nevarez to discuss a variety of issues facing Wyoming and the conference.

Noah Reynolds scored 23 points and Xavier DuSell added 18 points but the Pokes allowed UNLV to shoot 54% from the field in Tuesday's 86-72 loss.

The Cowgirls start cold and can't catch up in 73-66 loss to San Diego State. 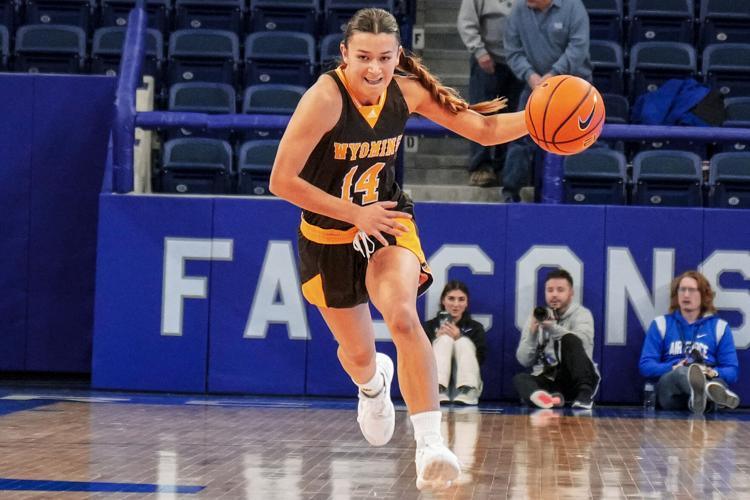 Wyoming's Quinn Weidemann pushes the ball up the court in the Cowgirls' game against Air Force on Jan. 11 at Clune Arena in Air Force Academy, Colo. 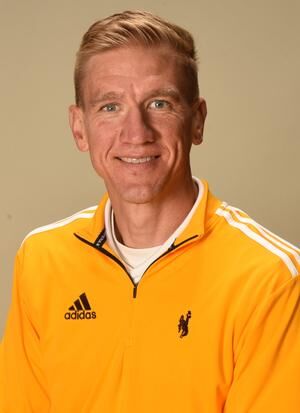