LARAMIE – The Wyoming athletic department is mourning the loss of a true “Cowboy Joe.”

Joseph R. “Joe” Dowler, whose hall of fame career at UW stretched from becoming the wrestling coach in 1973 at the end of legendary athletic director Glenn “Red” Jacoby’s tenure to Paul Roach naming him associate athletics director in 1987 through his retirement in 2001, died Sunday. He was 82.

Dowler was a three-sport star at Cheyenne High School and played football and wrested at Colorado, where his older brother Boyd was a star for the Buffaloes before a decorated career with the Green Bay Packers.

UW athletics director Tom Burman grew up a block away from Dowler’s house in Laramie when his notable neighbor was compiling a 106-62-1 dual record and coaching the Cowboys to four Mountain Intercollegiate Wrestling Association titles and three Western Athletic Conference championships (1983, 1985-86).

“He was just such a good man,” said Burman, who took an internship in the athletic department at the end of Dowler’s coaching career and also worked with him as a full-time staffer from 1995-2000. “Joe really cared about everybody and their feelings. He cared as much about the soccer program as he did the football program. Even though wrestling was his sport, and as an administrator he obviously had a close bond to the coaches and the student-athletes in the wrestling program, he didn’t treat any other kid as if they were any less or any different.

“He was just a really special guy.”

The Pokes had 32 conference champions, two NCAA place-winners and two All-Americans under Dowler from 1973-87.

One of Dowler’s standout wrestlers, 1979 All-American Steven Suder, guided the Cowboys to two WAC titles and earned conference coach of the year honors four times during his 19 seasons (1989-2008) leading the program. Suder died in 2019 at the age of 63.

Dowler also had a strong bond with current UW coach Mark Branch, which began when he picked the talented Oklahoma State assistant up at the airport in Cheyenne and drove him to his interview with Burman in Laramie.

The two horse lovers also attended a Laramie Jubilee Days rodeo together during the visit.

“It made it really comfortable because he knew the wrestling world very well,” Branch recalled. “Spending that time on my interview with Joe made Wyoming feel like a really comfortable fit. We definitely had a lot in common to talk about. … I think it had a big influence on me feeling like this was the right place for me to come start my head coaching career.”

After Branch accepted the job and was renting a house in Laramie, Dowler helped him find stables to temporarily house his horses until he found his own property.

During the move from Stillwater, Oklahoma, UW’s new coach stayed at the home of Dowler’s oldest daughter, Joleen, in Paradise, Kansas, to break up the trip.

“I stopped there for the night and put my horses in their pens and I had never met them,” Branch said. “So I had a chance to get to know the family really well.”

That fall Branch and the Dowler’s rode horses together in the Snowy Range before he rebuilt the UW wrestling program into a consistent winner.

Dowler was a fixture at Pokes practices again.

Branch enjoyed having his friend, a two-time WAC coach of the year (1975, 1985) who was president of the National Wrestling Coaches Association and served as Chairman of the NCAA Division I Wrestling Committee, in the room.

“He’d never step on my feet or try to tell me how to do something better, but he would tell me stories. And that’s what he was great at,” Branch said. “He was awesome at telling stories about old wrestlers or things they used to do or maybe things that happened in tournaments or a dual meets. If you’re smart, you better be listening to those stories because there’s a lot you can get out of them and there’s a lot of history there that you can use to become a better coach. …

After coaching the University of Wisconsin-Superior to two conference titles, Dowler started his run at UW.

“Joe was just the finest of people,” said Kevin McKinney, UW’s longtime sports information director and senior associate athletic director for external operations. “Joe was that kind of guy that never had a bad day. Now he would get mad and he could get after guys, but he was so positive. He always tried to see the best in these kids. …

“The program was OK when he took over, but he just took it to a new level with his knowledge and his passion. Joe was such a prideful guy.”

In 1980, Dowler organized the National Coaches’ Association Olympic Hopeful Program, and served as coach of their inaugural team that competed in the Struga Pearl International Wrestling Tournament in Struga, Yugoslavia.

McKinney, who also grew up in Cheyenne, remembers watching the Dowler boys compete in high school.

Boyd Dowler was a key player on the Vince Lombardi teams that won Super Bowls I and II. John Dowler played wide receiver at UW for Lloyd Eaton. And Joe Dowler used to say his sister, Lyn, was the best athlete among the siblings.

“The Dowler name was very important to Joe. He wanted to make sure he carried on the legacy of that name,” McKinney said. “He was so proud of his brothers. Anytime Boyd would come through, which was a big deal back then because he was a Packer and a Super Bowl guy, Joe was so excited to have him there and to help us talk with him and see him.

All-American linebacker Chad Muma is set to become the latest Wyoming Cowboy to hear his name called during the NFL draft. 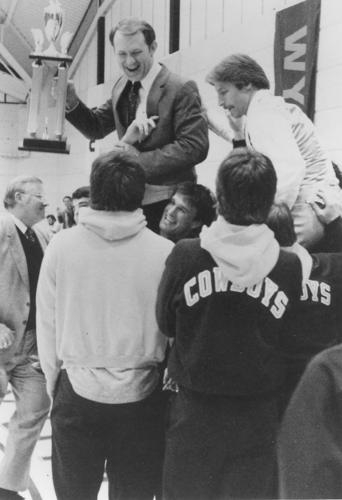 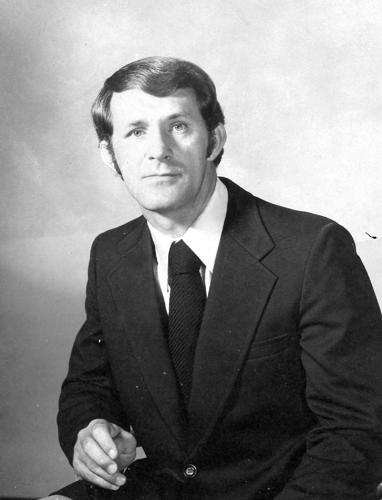