EUGENE, Ore. – The Jamaican bobsled team achieved international acclaim by competing in the Olympics and inspiring the film “Cool Runnings.”

Nathan Reid has his own experience of being a track and field athlete from a tropical climate adapting to wintry weather in an effort to realize his dreams.

The sophomore from Kingston, Jamaica, will represent Wyoming in the men’s discus final on Friday at the NCAA Track & Field Championships.

Before arriving in Laramie, Reid’s warmest piece of clothing was a hoodie that seemed impractical in the Jamaican heat.

“I didn’t understand it,” Reid said of what life would be like at 7,220 feet. “People in my dorm who knew me and my coach gave me jackets. I still have some things from my freshman year that people gave to me, people that I didn’t even know. They were looking out for me.”

Reid heated up at just the right time this season to earn this trip to Hayward Field.

Entering the NCAA West Prelims, Reid was seeded 40th out of the 48 competitors in the dicus. He threw a personal best 182 feet, 4 inches to finish 10th and qualify for the outdoor national championships.

“Last year I didn’t make Prelims. I was way far out of it,” Reid said of his development. “This year going into it I was ranked pretty low. I did believe that I could make it still and I was really confident in my abilities to make it.”

Reid credits UW assistant Carrie Lane, the program’s throws coach, for taking a chance on him when he was recruited during a pandemic-shortened season in Jamaica.

“It really took me a year,” Reid said of adjusting to the UW culture and the NCAA Division I competition. “Even though now I’m not quite at the level I want to be or she wants me to be, I’m starting to show the promise that she saw in me from the beginning before I came here.”

Last year Colton Paller won the Mountain West title and earned first-team All-American honors for the Cowboys as a senior by finishing seventh in the NCAA Championships with a throw of 186-6.

Now the disc has been passed to Reid, whose throw at Prelims ranked 10th in school history. He will need to summon an even greater performance in the final where he is seeded 22nd in the 24-man field.

“I’m star struck coming here and seeing all these athletes I see on social media throwing crazy distances. I’m like, ‘Whoa, I’m here with the rest of them.’ It means a lot,” Reid said. “It has almost redefined for me what it means to be an athlete when I’m put on a bigger stage and I know I’m rubbing shoulders with top-class athletes.

“I know the arena I’m going in is where the greatest have gone and the greatest are coming in the future. I’m elated honestly.”

The men’s discus final is scheduled to begin at 6:35 p.m. Friday with meet coverage on ESPN2 and streaming available on ESPN3.

In the women’s 10,000 final, BYU’s Aubrey Frentheway, the former Cheyenne Central standout, finished 22nd with a time of 34 minutes, 31.59 seconds. Alabama’s Mercy Chelangat won the national title with a time of 32:37.08.

In the women’s 1,500 semifinals, Washington’s Anna Gibson of Jackson finished seventh in her heat and 19th overall with a time of 4:22.42.

The sixth sense: After testing the NBA draft waters, Hunter Maldonado is back in Laramie preparing to lead the Pokes as a super senior. 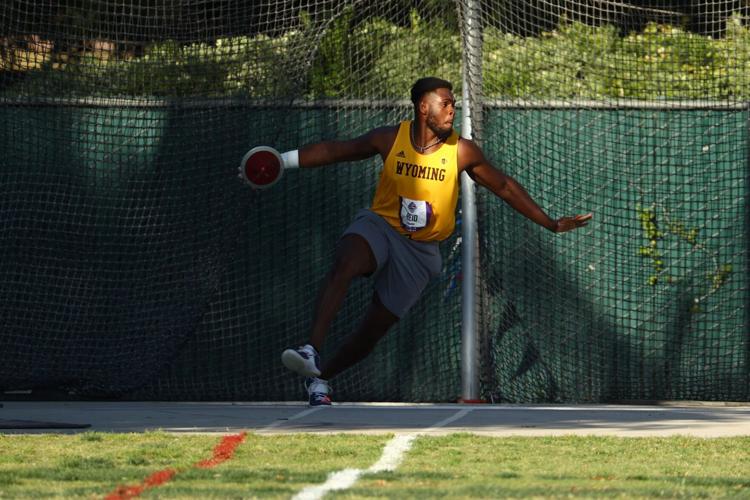 University of Wyoming sophomore Nathan Reid competes in the discus at the Mountain West Championships on May 13 in Clovis, Calif. 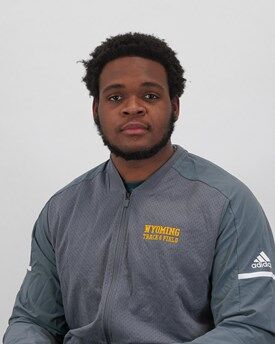