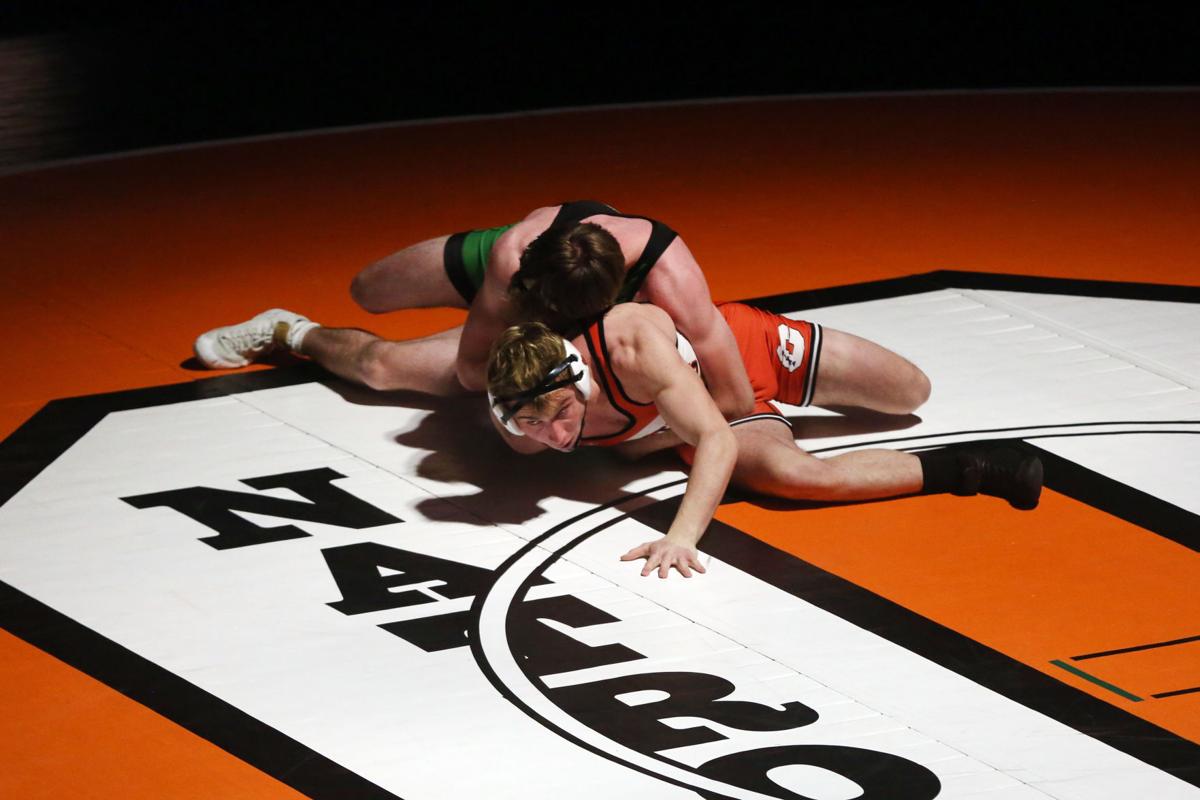 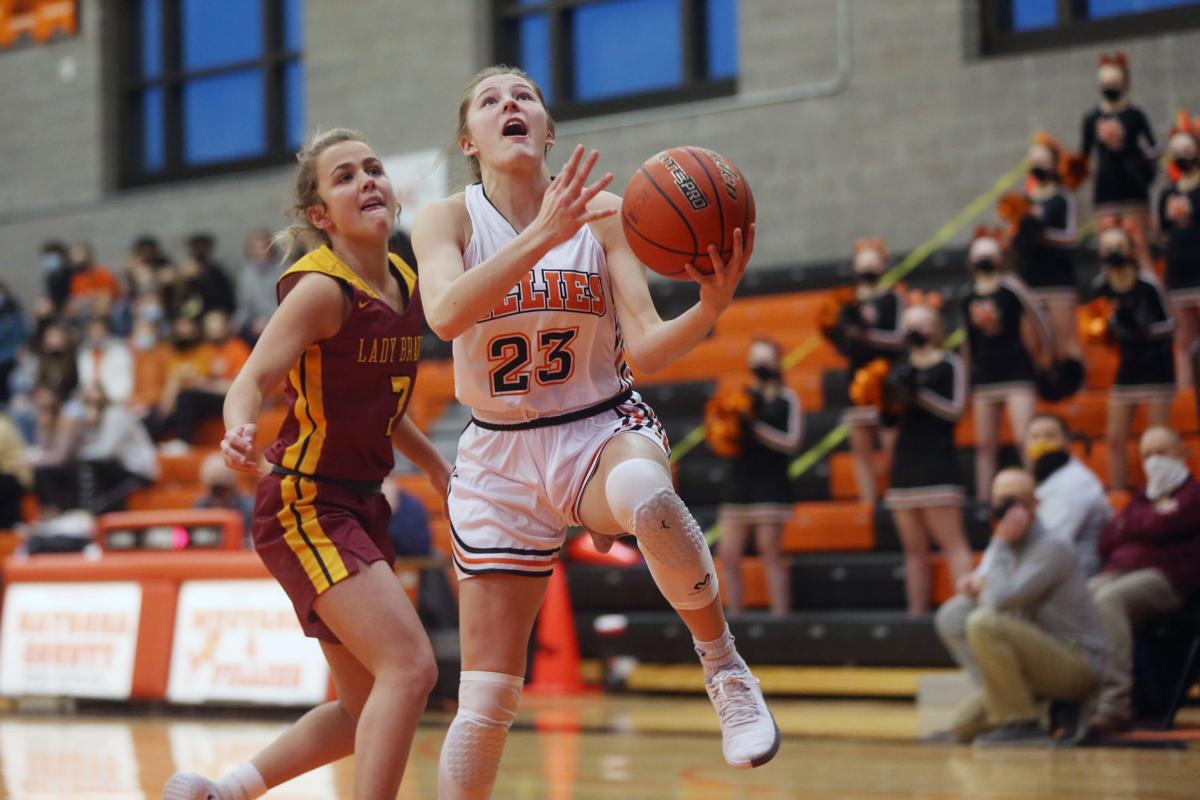 Natrona County's Emma Patik shoots a layup in the Fillies' game against Star Valley on Feb. 12 at Jerry Dalton Gym in Casper. 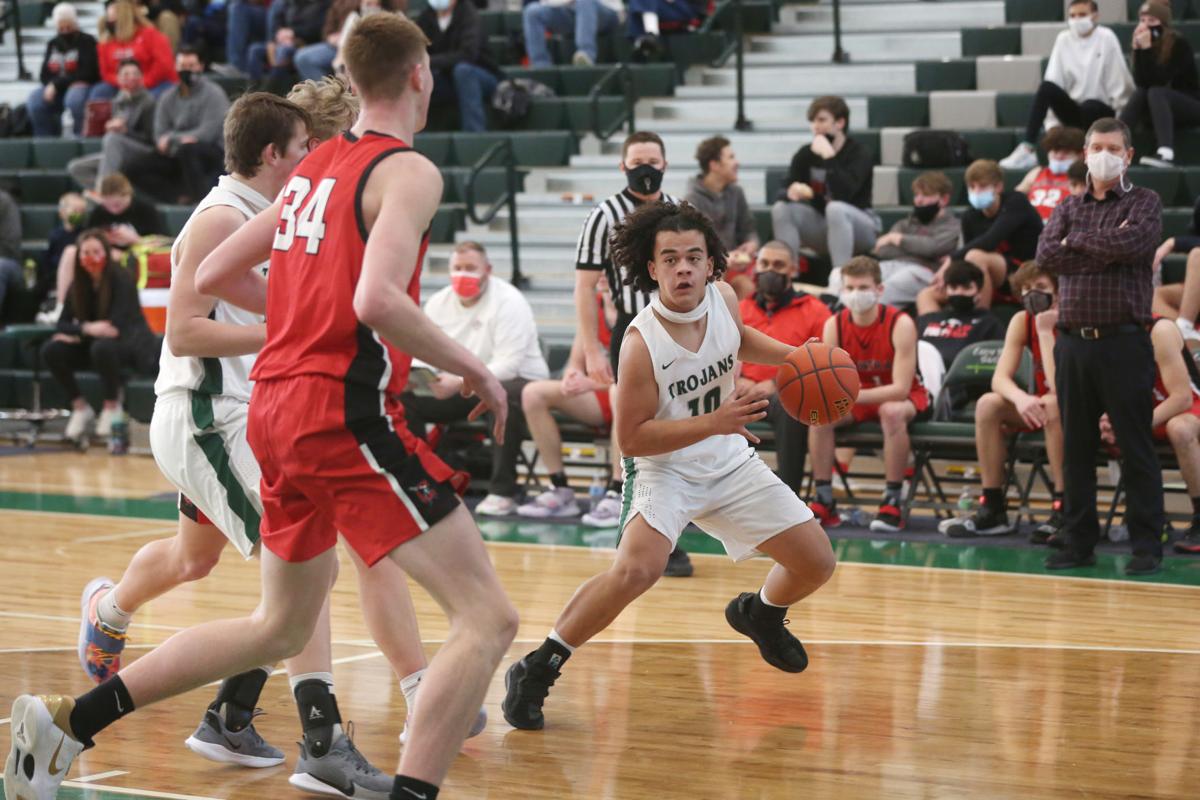 Kelly Walsh's Siope Palepale looks for an opening in the Cheyenne Central defense on Feb. 6 at the Kelly Walsh Gym in Casper.

Believe it or not, the high school winter sports seasons are in the home stretch.Three weeks from now, Class 3A and 4A basketball teams will be putting the finishing touches on their respective seasons at the state tournament. And one week after that, outdoor track and field and soccer kick off the spring season, with the inaugural season of girls softball soon to follow.

Before we get too far ahead of ourselves, though, let’s focus on this weekend. After all, there’s plenty for high school sports fans to sink their teeth into.

The state tournaments are scheduled to run next week at the Ford Wyoming Center (aka Casper Events Center), with 2A teams getting things started on Thursday, followed by 3A on Friday and 4A on Saturday.

The state Nordic meet is next Friday and Saturday on Casper Mountain. The state alpine meet takes place March 5-6 in Jackson.

In Casper, Kelly Walsh plays at Thunder Basin on Friday before returning home to face Gillette on Saturday. Natrona County flips the script as it hosts Cody on Friday before traveling to Riverton on Saturday. Following this weekend, Natrona County and Kelly Walsh have just two regular-season games remaining, beginning with the annual Peach Basket next Thursday at NC’s Jerry Dalton Gym.

After that, it’s one final quadrant game for all four teams before their quadrant qualifiers and regional tournaments on March 4 and March 6. And then the high school winter sports seasons will come to a close with the Class 4A state tournament March 12-13 in Casper.

Yes, the end is near. But until then, there’s a lot on the docket.

The 7-foot senior averages 13.6 points, leads Class 4A in rebounding (11.0 per game) and also paces the Indians with 3.7 assists per game.

Natrona County's Emma Patik shoots a layup in the Fillies' game against Star Valley on Feb. 12 at Jerry Dalton Gym in Casper.

Kelly Walsh's Siope Palepale looks for an opening in the Cheyenne Central defense on Feb. 6 at the Kelly Walsh Gym in Casper.