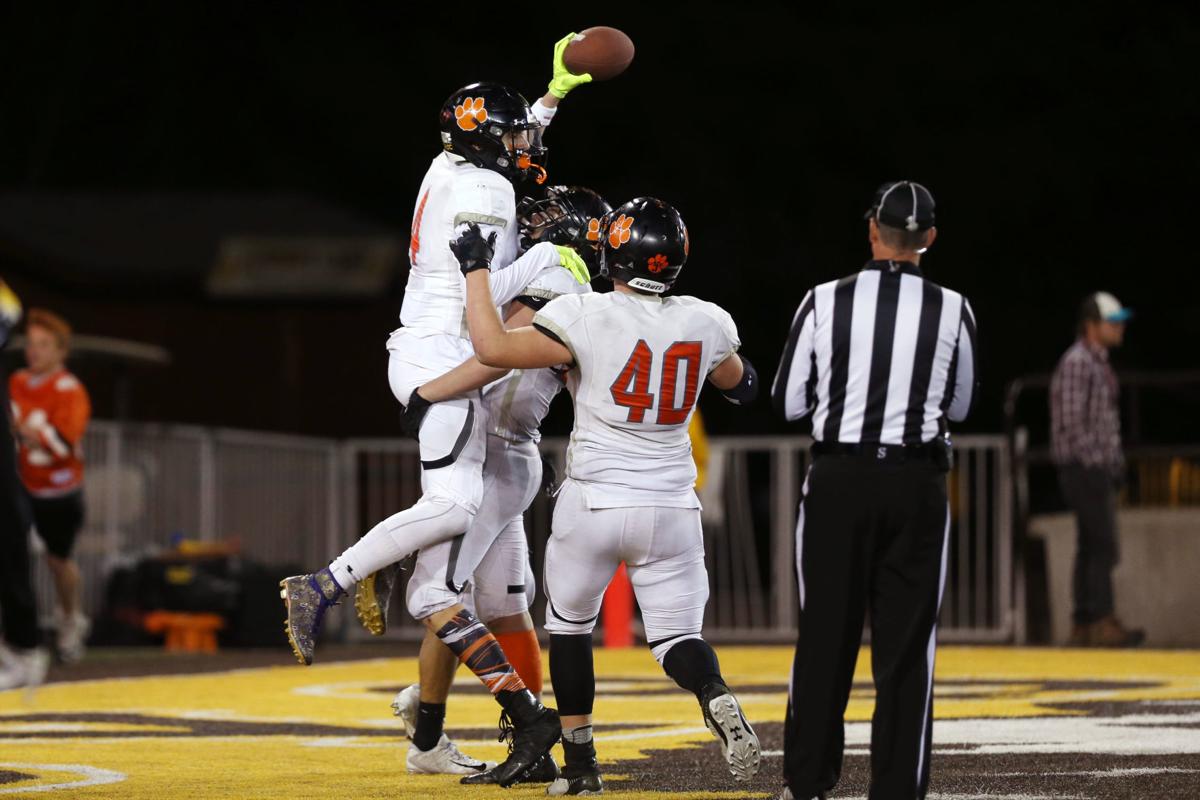 Powell's Jesse Trotter is lifted by his teammates after scoring a touchdown in the Wyoming State High School Class 3A Championship game against Star Valley on Nov. 15, 2019 at War Memorial Stadium in Laramie. 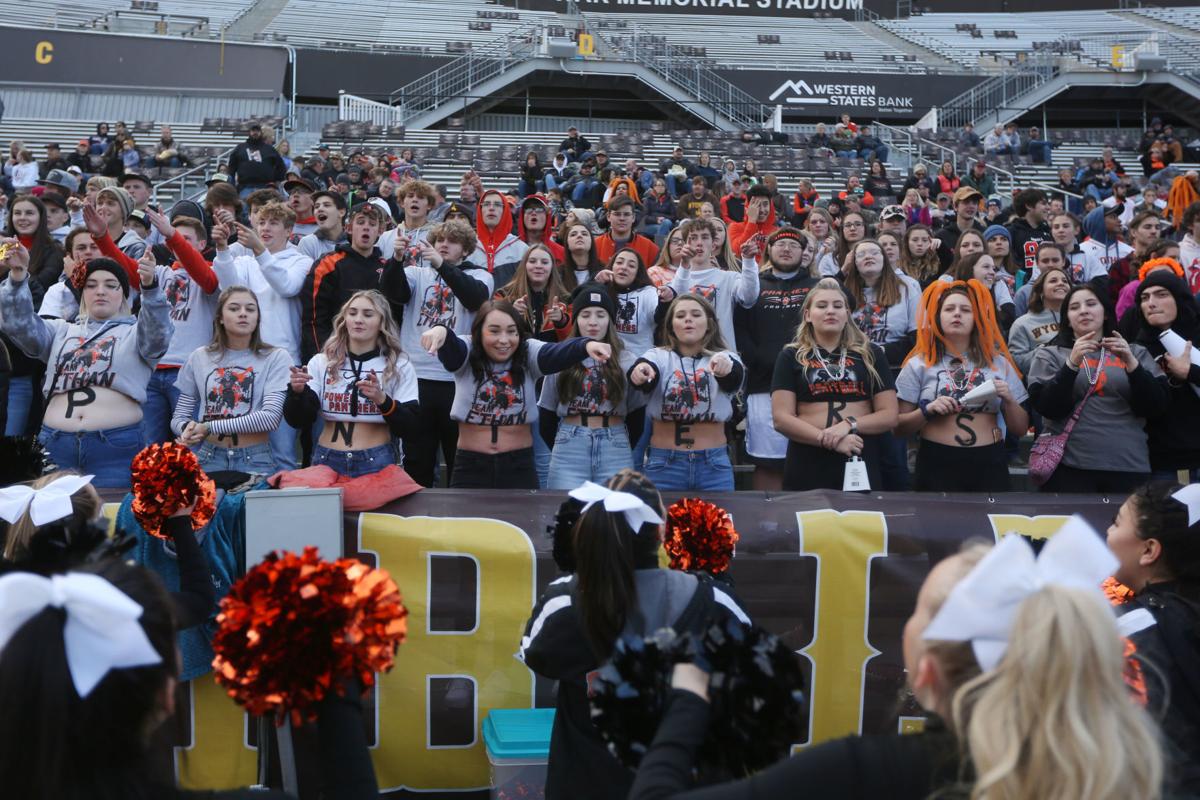 Powell fans cheer in the stadium for their team at the Wyoming State High School Class 3A State Championship game against Star Valley on Nov. 15, 2019 at War Memorial Stadium in Laramie.

The Powell Panthers didn’t have to look very far to find their next football coach after Aaron Papich stepped down recently after two years leading the team. Chase Kistler, the Panthers’ head boys basketball coach the past seven years and an assistant football coach for 12 years, was named the new head football coach on April 22.

“Chase is a great fit for our program,” Powell activities director Scott McKenzie said in a phone interview. “He knows the kids and the kids know him. Chase has been a Powell Panther for years.”

Kistler is hoping that familiarity pays dividends on the football field as the Panthers look to build on last season’s success. Powell entered the Class 3A playoffs as the No. 4 seed out of the West Conference before upsetting East top seed Lander in the quarterfinals and then knocking off rival Cody in the semifinals to reach the state championship. Star Valley proved to be too much in the title game, however, as the Braves won their second consecutive championship with a 49-13 victory.

“We do have some returning talent,” Kistler noted. “Like most 3A teams, though, depth is an issue so we have some gaps to fill.”

Kistler, who took over as the Panthers offensive coordinator midway through the 2018 season, and the rest of the Powell staff did get the opportunity to play some younger players last year, even if it wasn’t by design.

After starting the season 4-1, Powell’s line was decimated by injuries and the Panthers lost three of their final four regular-season games.

“We had about three or four weeks where it seemed like our whole offensive and defensive line was injured,” Kistler said. “And then at the end of the season we had to move some kids strictly to one side of the ball rather than having them play both ways.

“But I think that opened our eyes a bit to what some of these kids could do. It helped with our depth and it gave us some insight moving forward.”

Kistler was just 65-103 as the Panthers basketball coach, although they did advance to the state championship game last year and qualified for the state tournament this season before it was canceled due to the coronavirus outbreak. And while he is disappointed to no longer be the basketball coach, Kistler feels like he is better prepared to lead the Panthers on the gridiron. Not only did he play college football at Black Hills State, but he was an assistant coach on Powell teams that won three state championships (2011-13) and played in two others (2016, ‘19).

“No doubt I’m more comfortable on the (football) sidelines,” he admitted. “My comfort level has gone up and it helps that I know what kind of athletes we have to work with.”

Kistler replaces Papich, who stepped down in late March. At the time, Papich told the Star-Tribune he was leaving his position in order to become a full-time P.E. teacher. Papich, the 2019 Star-Tribune Super 25 Coach of the Year, was the head coach for two years after replacing Chanler Buck (2014-16).

Now Kistler, like other coaches around the state, is forced to play a waiting game as schools around the state remain closed, with some districts already announcing schools will be strictly online for the rest of the school year.

“I’m ready to go,” Kistler said, “but the hard part is sitting here waiting to see what happens.”

Powell is the fourth 3A team scheduled to begin the 2020 season with a new coach, joining Riverton (Troy Anderson), Green River (Kevin Cuthbertson) and Worland (Patrick Sweeney). Powell opens the season with a Week 0 home game against Riverton.

FAMILIAR GROUND: Kistler played football at Black Hills State and was an assistant football coach for the Panthers the past 12 seasons.

HE SAID IT: "Chase is a great fit for our program. He knows the kids and the kids know him. Chase has been a Powell Panther for years." -- Powell activities director Scott McKenzie.

Powell's Jesse Trotter is lifted by his teammates after scoring a touchdown in the Wyoming State High School Class 3A Championship game against Star Valley on Nov. 15, 2019 at War Memorial Stadium in Laramie.

Powell fans cheer in the stadium for their team at the Wyoming State High School Class 3A State Championship game against Star Valley on Nov. 15, 2019 at War Memorial Stadium in Laramie.