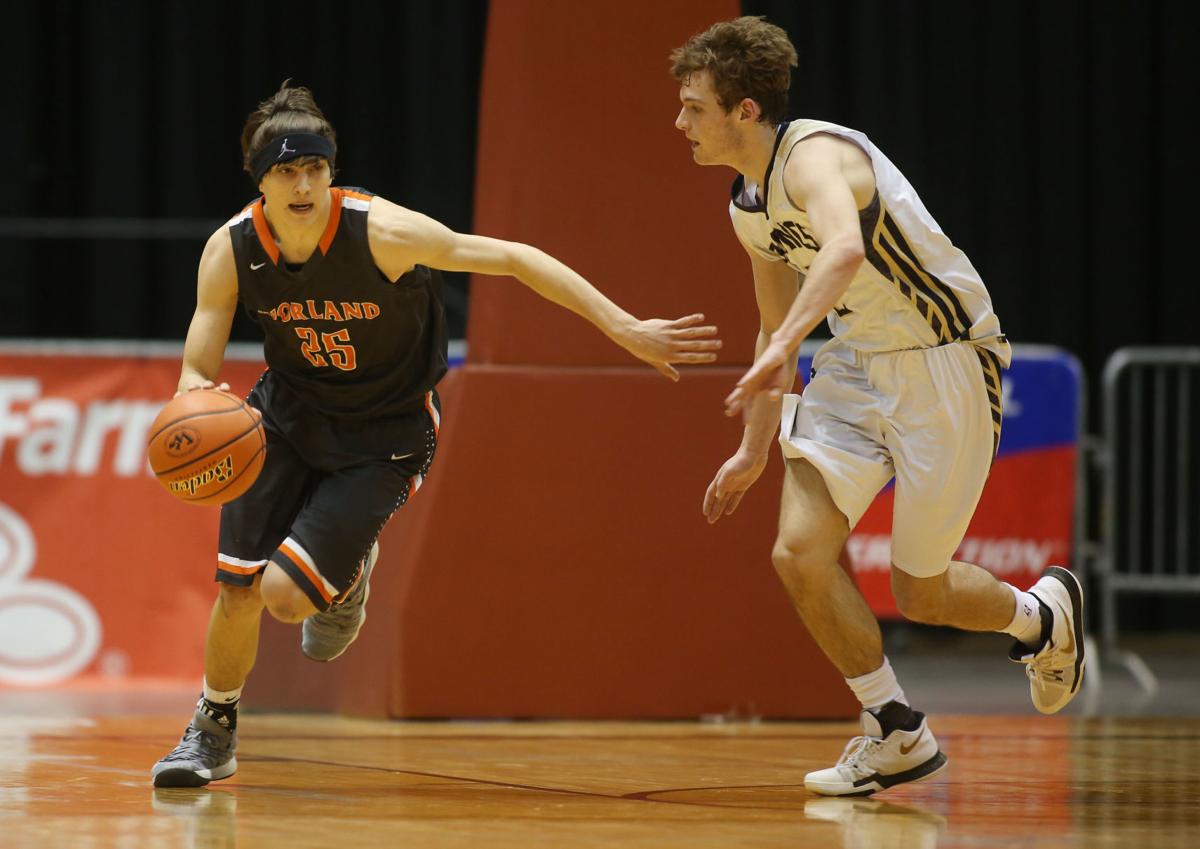 Worland's Luke Mortimer drives against Cody's Cooper Brown during the Class 3A quarterfinals at the Wyoming State High School Basketball Championships on March 8, 2018 at the Casper Events Center. 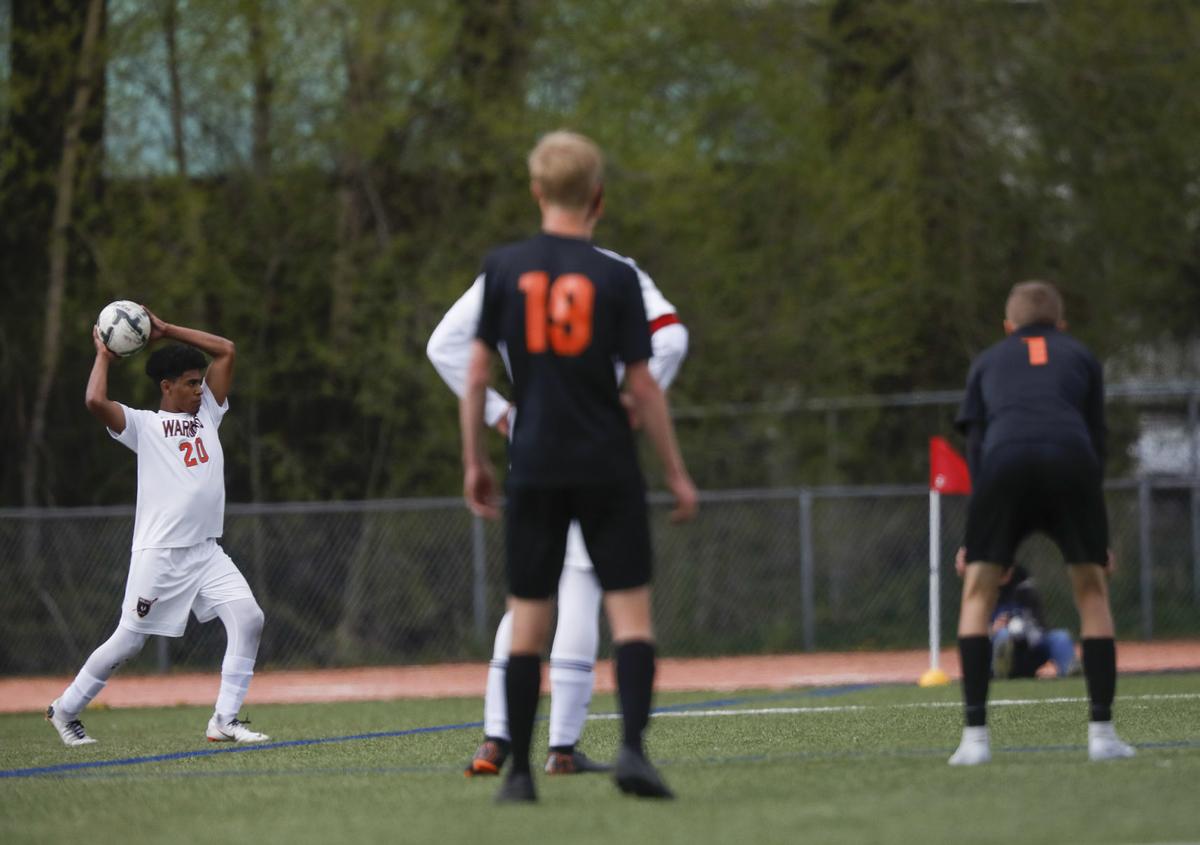 Worland's Devon Mercado prepares to put the ball back into play during the title game of the Wyoming State High School Class 3A Boys Soccer Championship on May 18, 2019 in Jackson.

This was supposed to be the year. For years Devon Mercado, Luke Mortimer and their athletic classmates thought about their senior year and how they’d win it all. Instead, they’re left with the memories of anticipation — an investment into a dead market.

Worland was the top-ranked team in Class 3A coming into the state basketball tournament, having lost only once during the season. The Warriors were a strong contender for their second state championship in five years. Those classmates that were going on to play soccer in the spring had visions of a third consecutive state championship. Two titles evaporating into nothingness. Mercado and Mortimer both also earned Shrine Bowl invitations. Even that, a curtain call for high school football seniors, fell victim to cancellation due to the coronavirus.

“It sucks,” Mercado said. “It sucks but there’s nothing we can do so I’ve kind of just been rolling with it.”

The canceled culmination hit Mercado especially hard. He’d torn his meniscus at some point during the football season but he never got it checked out. He’d been paranoid, phobic even, of knee injuries since he father had to stop playing football because of one. As long as he could walk, Mercado kept playing. He finally had surgery in December, forcing him to the sidelines for the vast majority of the basketball season.

Mercado’s first game back was Senior Night, the team’s only loss of the year. He admitted he wasn’t physically back to normal afterwards. The next week at regionals he started to resemble his former self, guarding standout players from Lovell, Lyman and Lander. He’d earned a spot back in the starting lineup for the state tournament.

“Devon was really excited to get that opportunity,” Worland head basketball coach Aaron Abel stated. “It was pretty cool how good we were without him, had we had him we would have been more exciting to watch. Felt bad he didn’t get that opportunity.”

Mortimer, meanwhile, served as the Warriors’ premiere scoring threat throughout the season. Basketball’s always been his favorite sport and he’d worked years for the opportunity that lay at the end of the three-day state tournament. Then Abel told his players the news about playing in front of no fans. Ten minutes later Abel relayed the new information that the bus would drive the final 20 minutes to Casper, they’d eat, and then they’d go home because the tournament had been canceled.

“That really sucked, especially since we were on the way,” Mortimer explained. “We thought at least we’d get to play. That just shocked us because we’d been waiting for this moment a really long time.”

So Mortimer put more stock into soccer season. That was his chance for redemption, to win the state championship that was pulled away during basketball season. Then, after weeks of suspension and kicking the can, the Wyoming High School Activities Association finally canceled spring sports two days after the 2020 Wyoming Shrine Bowl Game was canceled. All the sports left for Worland’s duo faded away.

In some small consolation, they weren’t alone. Their teammates suffered the same fate and they’d always been great teammates. Mortimer used to run track, even qualifying for state in the hurdles and jumps, but switched to soccer because it was more of a team environment. He scored a goal in last year’s state championship, his first year returning to competitive soccer.

“These are two guys that maybe get a lot of accolades and recognition but they’re not being their own PR guys, they’re not built that way,” Abel said. “Both are quiet and extremely humble kids. To me that stands out and is something I’ve always admired about them.”

Mercado’s been in contact with Dickinson State and Black Hills State about continuing his football career. He’s been open to that, but there’s also the intriguing opportunity of following in his family’s footsteps to walk-on to the Wyoming Cowboys football program.

Mortimer has ran a daily mile on the treadmill during quarantine and a humble set of dumbbells has maintained his strength. Outside of that he’s only done some fishing to take his mind off circumstances. He’s flirted with the idea of concentrating on his wildlife biology study at Wyoming, although he’s tempted to try and walk-on to the Cowboys’ basketball program.

Their visions of state championships together have come to an end. But there’s a chance their time as classmates hasn’t finished just yet.

FUTURE: Neither has signed at any college. They could wind up together at Wyoming, walking on to different Cowboys programs.

HE SAID IT: "We thought at least we'd get to play. That just shocked us because we'd been waiting for this moment a really long time." -- Mortimer.

Worland's Luke Mortimer drives against Cody's Cooper Brown during the Class 3A quarterfinals at the Wyoming State High School Basketball Championships on March 8, 2018 at the Casper Events Center.

Worland's Devon Mercado prepares to put the ball back into play during the title game of the Wyoming State High School Class 3A Boys Soccer Championship on May 18, 2019 in Jackson.