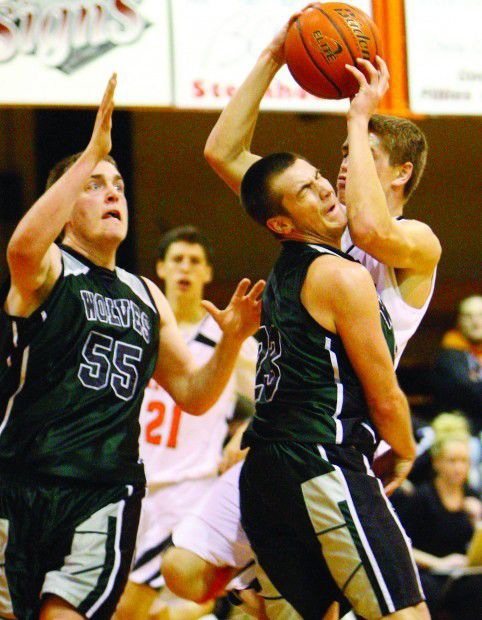 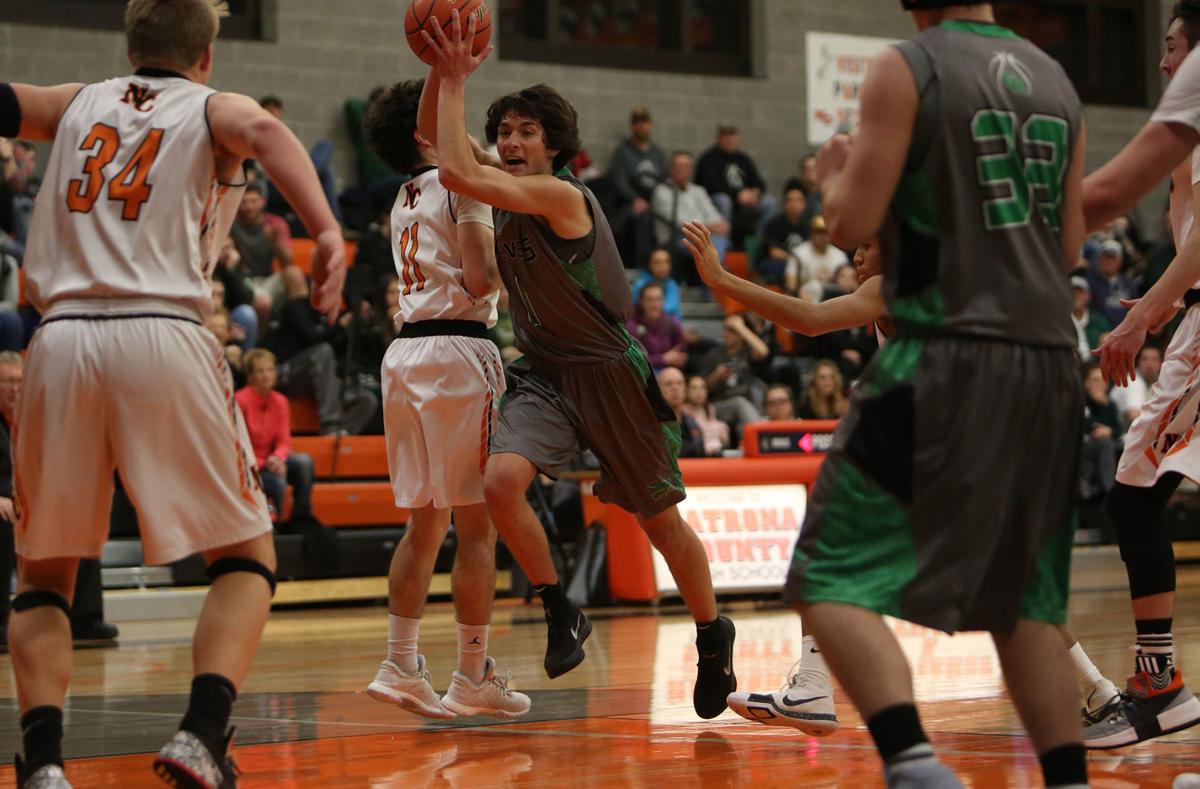 Green River’s Chase Stoeger drives through a group of Natrona County players during their game Friday in Casper.

The Green River boys basketball team stood in the corner of their hometown gymnasium, waiting for the girls’ game to end. The crowd was small to begin with, and most people headed for the exits before the boys took the court.

By most accounts, the Feb. 27, 2015, game did not need to be played. Green River had not won a game since Jan. 4, 2013. That was 55 games ago. Now, they faced Natrona County to close the regular season. The winless streak, a record by that point, meant it was always easy to find good seats at the boys’ games.

The Wolves went on to lose 52-38. But the players didn’t hang their heads at the final buzzer. More than disappointment, apathy permeated the locker room. Losing had become a synonym for the Green River boys basketball program. No one expected things would get better.

Fifty-six games. No team in Wyoming’s largest classification had ever lost so much.

“People started to get down on the program and down on each other,” said Chance Hofer, who was a freshman on the team that year.

Only current students and parents of players attended the games. There was no traveling contingent except for the annual road game at rival Rock Springs, which always ended in heartache.

“We just kind of worked and kept practicing like normal,” Hunter Spartz, then a sophomore, said. “Just working through practice to get the best as we can.”

Neither Hofer nor Spartz played on the Green River varsity squad at that time. Relegated to the junior varsity and freshmen squads, they merely held witness to the town’s dwindling support.

The town of 12,000 all but forgot about its basketball programs during the two-and-a-half-season losing streak.

The city installed a new pool at the aquatic center, which made the swimming and diving teams at Green River more appealing. Green River also offers indoor track in the winter. And how could a winless basketball squad compete against a multi-time state champion wrestling program, a cornerstone of Monday morning conversations at the southwest Wyoming town’s diners?

There was no way to know the basketball team’s fortunes would change.

Steve Core, who has broadcast the play-by-play of Green River basketball games for KUGR radio since the 1987-88 season, believed that the losing streak affected more than attendance. Students tasked with deciding which sport to compete didn’t see the basketball program as a prosperous option.

Less than a week after the loss to Natrona County, the Wolves fell to Evanston in the regional tournament. Season over.

Green River athletic director Tom Wilson knew the program faced an uphill battle. Two years before he took the job, the Wolves went 0-23. As he saw it, there simply weren’t enough candidates for a good team. The 750 students at the high school have four winter sports to chose from, he said. Larger schools — like Casper’s Kelly Walsh — have thousands of kids and a broader talent base.

As the losing streak drifted closer to the statewide boys record of 63 games, some fans committed to seeing the streak through to the end. Only three weeks earlier the Wolves nearly upset Rock Springs before losing by three. A win couldn’t be far off.

But two years after it began, the streak remained. Head coach Dan LaRose, who led Class 1A Burlington to three state championship games, inherited a 12-game losing streak when he took over at the start of the 2013-14 season. The Wolves lost every game by three or more points under LaRose.

Three weeks from retirement and two weeks after the 2014-15 season ended, Wilson met with LaRose. In that meeting Wilson told LaRose the expectations of the program had changed. The coach and athletic department parted ways.

This is a three-part series on the Green River Wolves and their coach, Laurie Ivie, who took over during a historic losing streak and attempted to rebuild the team.

The Rebound Part 2: After a historic losing streak, a new coach finally gets her shot

The Green River boys basketball team gathered inside their school on a bitterly cold day in January 2016. They had planned to travel across th…

The Rebound Part 3: After ending a bitter losing streak, the Green River Wolves look for a ticket to the state tournament

Green River’s Chase Stoeger drives through a group of Natrona County players during their game Friday in Casper.