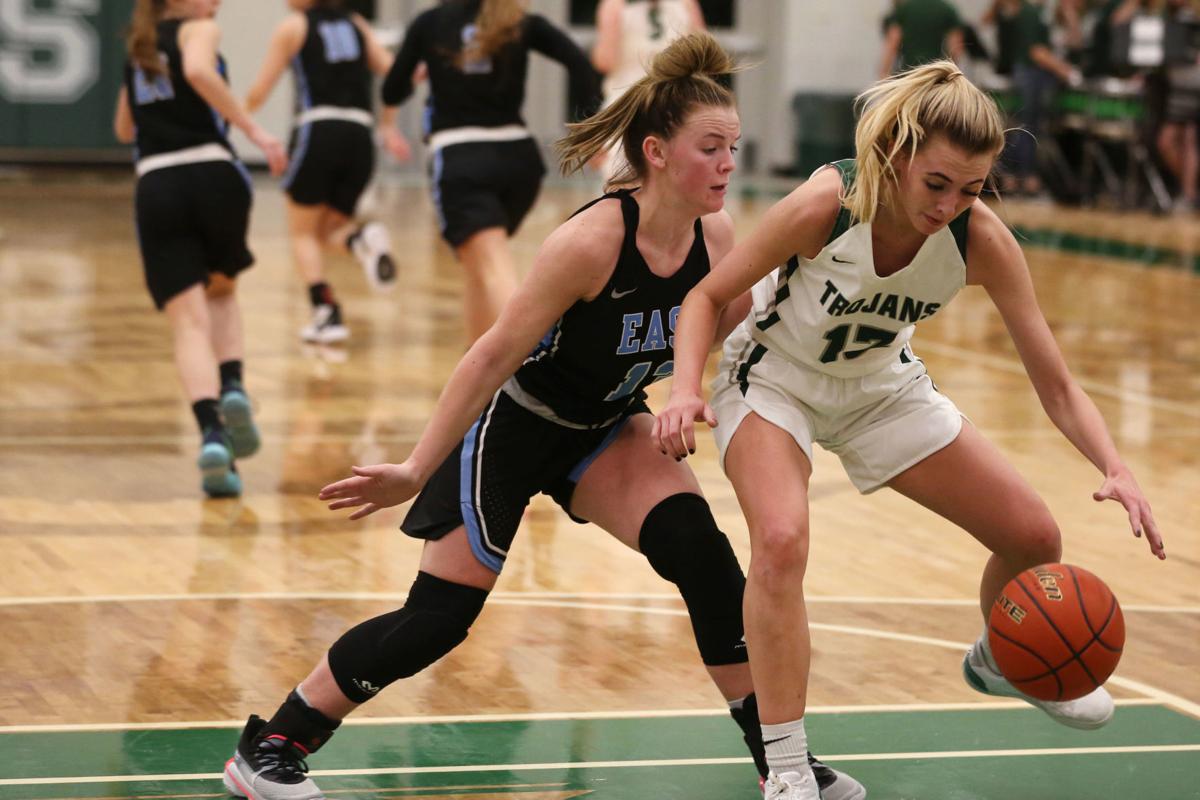 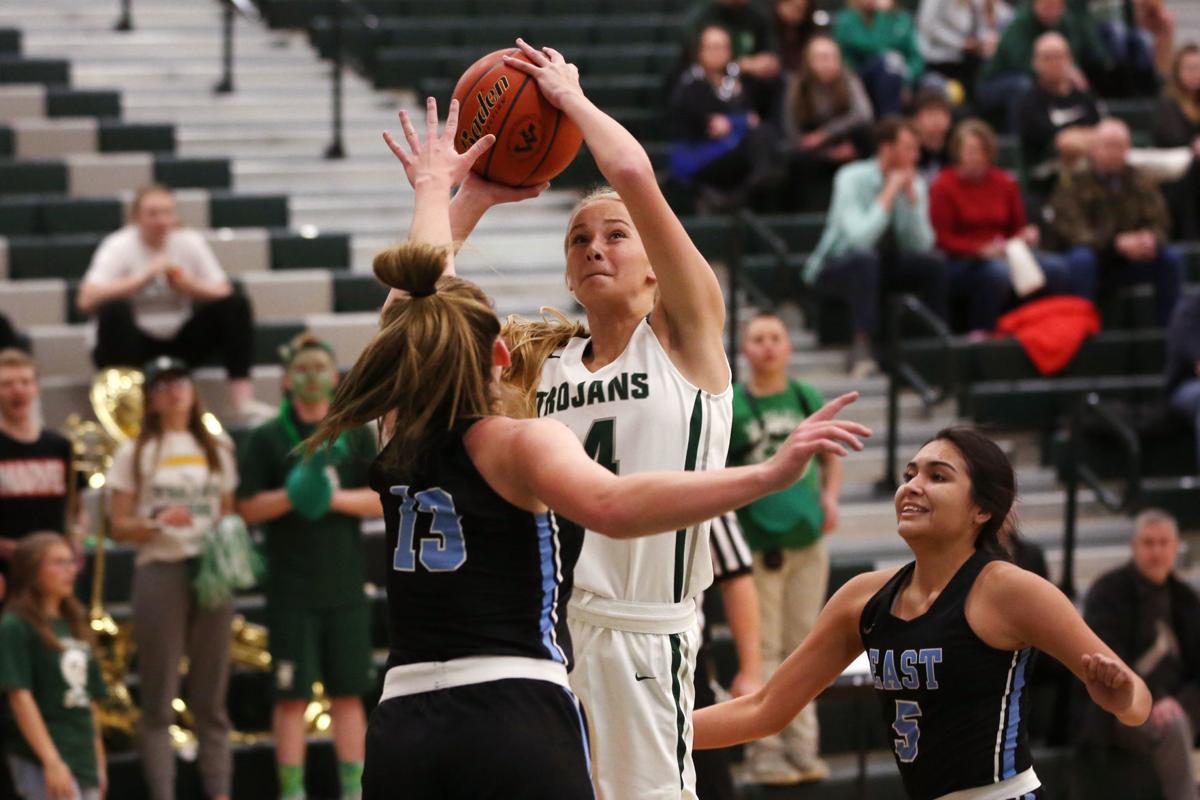 Even the 11-time state-champion Kelly Walsh dance team wasn't without early-season hiccups on Tuesday night. They marched onto the court at halftime of the girls' basketball game and braced for their music to begin on cue. It didn't. They waited a few uncomfortable minutes for the music to begin and their routine to go off without further hitch.

The basketball team followed with a similar recovery but it wasn't enough to prolong its season-opening winning streak.

Kelly Walsh fell behind early and once Cheyenne East's offense got going that's all there was to it. East pulled away for a 71-52 win at Kelly Walsh High School to remain perfect and hand the Trojans their first loss of the season in their home opener.

Both teams went undefeated throughout the Strannigan Classic in Riverton last weekend but looked far from perfect initially. They settled for traded free throws in the first 3 minutes as East couldn't connect from the floor and Kelly Walsh struggled to maintain possession.

"We played pretty well in Riverton," Kelly Walsh head coach Sara Tuomi said. "But I think this game against East is a good test for us and we kind of needed to figure out who we are. And we figured out we need to play a little bit more physical if we want to stay in some of these big games."

The potent Thunderbirds offense started 0 of 7 from the floor. It wasn't until a steal off a rebound and immediate put-back from senior Kaiti Castle -- 3 minutes in --  that the T-Birds finally broke through. That opened the flood gates and allowed East to build a solid advantage since Kelly Walsh's shooting streak lasted even longer. The Trojans committed six turnovers before senior Danilynn Schell hit a corner kick-out 3 for the home side's first field goal.

East senior Ky Buell immediately answered with her first field goal, a slashing layup through the heart of the defense, to stretch the lead back to double-digits (15-4) to finish the first quarter. She finished with 22.

"There's always that lull that you have when you're playing," Buell said. "You're going to have those up-and-down moments, ours just happened to be at the beginning of the game. But once we got going and found each other we were good."

That lead proved too great for the Trojans to overcome. Even as the home side started solving the three-quarter-court press they couldn't manage enough defensive stops to close the gap. Once Kelly Walsh managed consecutive defensive stops, scoring after the first and going to the line after the second, East head coach Eric Westling called timeout to rally his troops with a 14-point lead. East stretched that lead to as much as 18 before going into halftime with a 16-point lead, 30-14.

East continued its onslaught by starting the second half on a 19-5 run to stretch the lead to 30. The T-Birds anticipated passes to trouble an offense that found most of its success on in-bounds passes from senior Sarah Strube to Schell for 3. That connection helped the Trojans cut the lead to 20 going into the final quarter. It didn't get much closer than that.

Schell finished with a team-high 13, a free throw to go with four makes from distance.

Kelly Walsh's offense found its consistency but its defense couldn't force enough stops to pose a significant threat to the deficit.

East left Casper following Tuesday's game, seeing it as a tune-up for the mid-week Power To Play Tournament in Colorado. The T-Birds play their first game of that tournament on Wednesday.

Meanwhile, Tuesday's result gave the Trojans their first setback of the young season just a couple days away from a rivalry meeting with Natrona County. It also cast a light on noticeable areas for improvement.

SLOW START: Kelly Walsh didn't convert a field goal for the first 7 minutes of the game.

SHE SAID IT: "You're going to have those up-and-down moments, ours just happened to be at the beginning of the game. But once we got going and found each other we were good." -- East senior Ky Buell.

This year’s Natrona County Fillies wanted to return to form. They came into the season looking to bring the program back to a higher standard.…

First-quarter run spurs Fillies to pull away from Laramie

The Fillies pulled away from Laramie early to get back in the win column.

Be afraid. The Douglas girls basketball team is, somehow, better

The Bearcats haven't lost to a Class 3A team in nearly three years.

While one name stands apart from the rest among the Hanna girls basketball team’s stat sheet, the Miners are no one-woman show this season. Th…