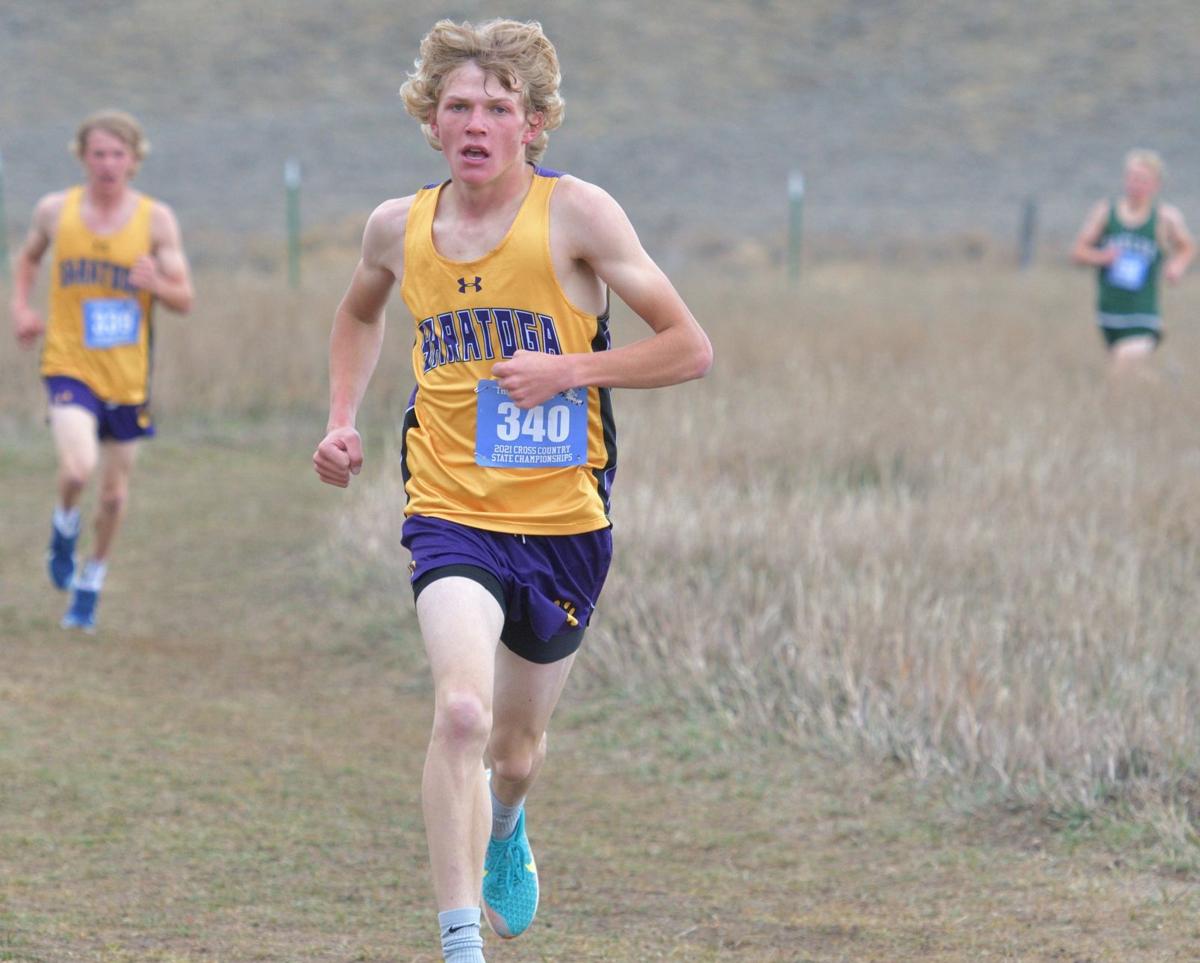 Saratoga's Grant Bartlett runs ahead of the pack during the Wyoming State High School Class 2A Cross Country Championships on Saturday at Ethete. 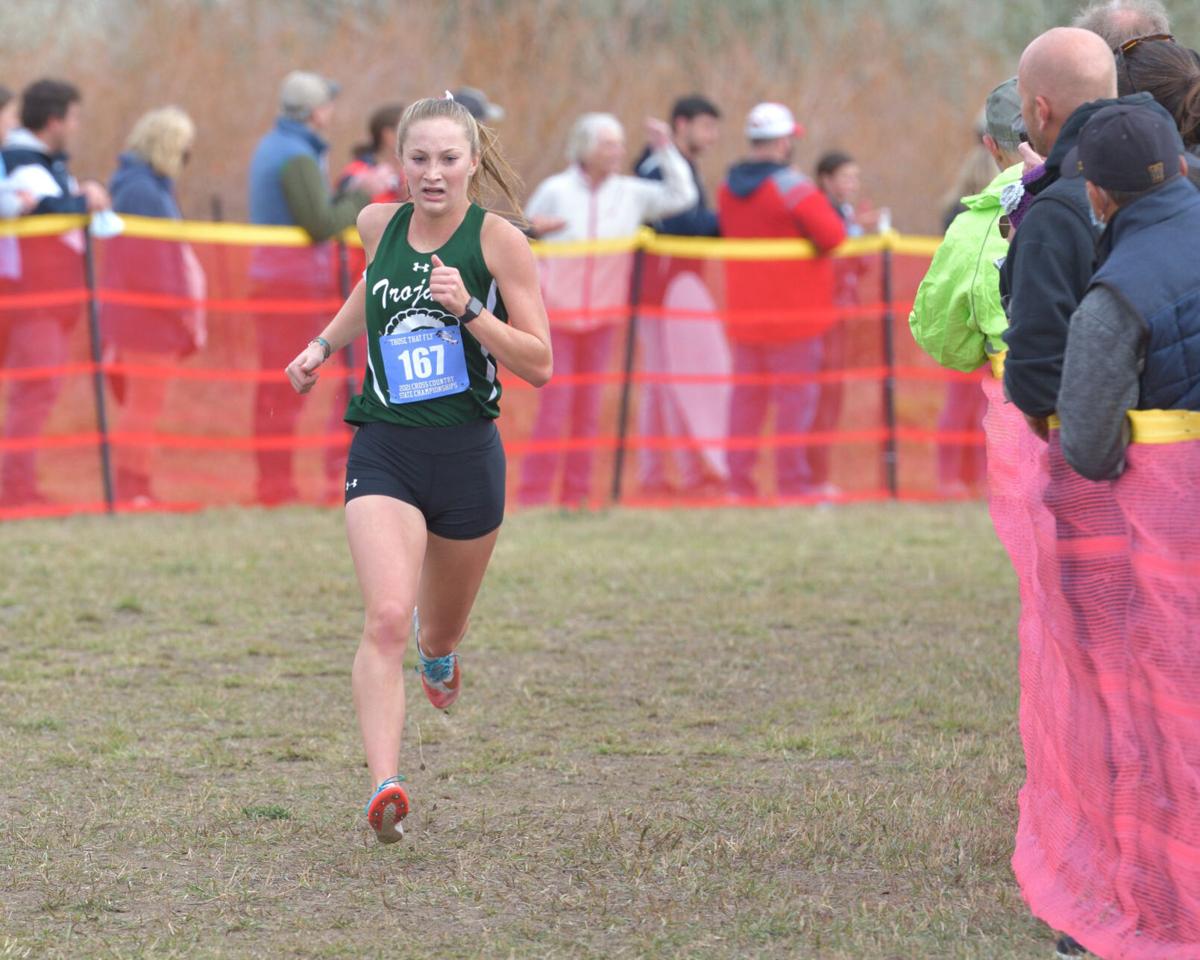 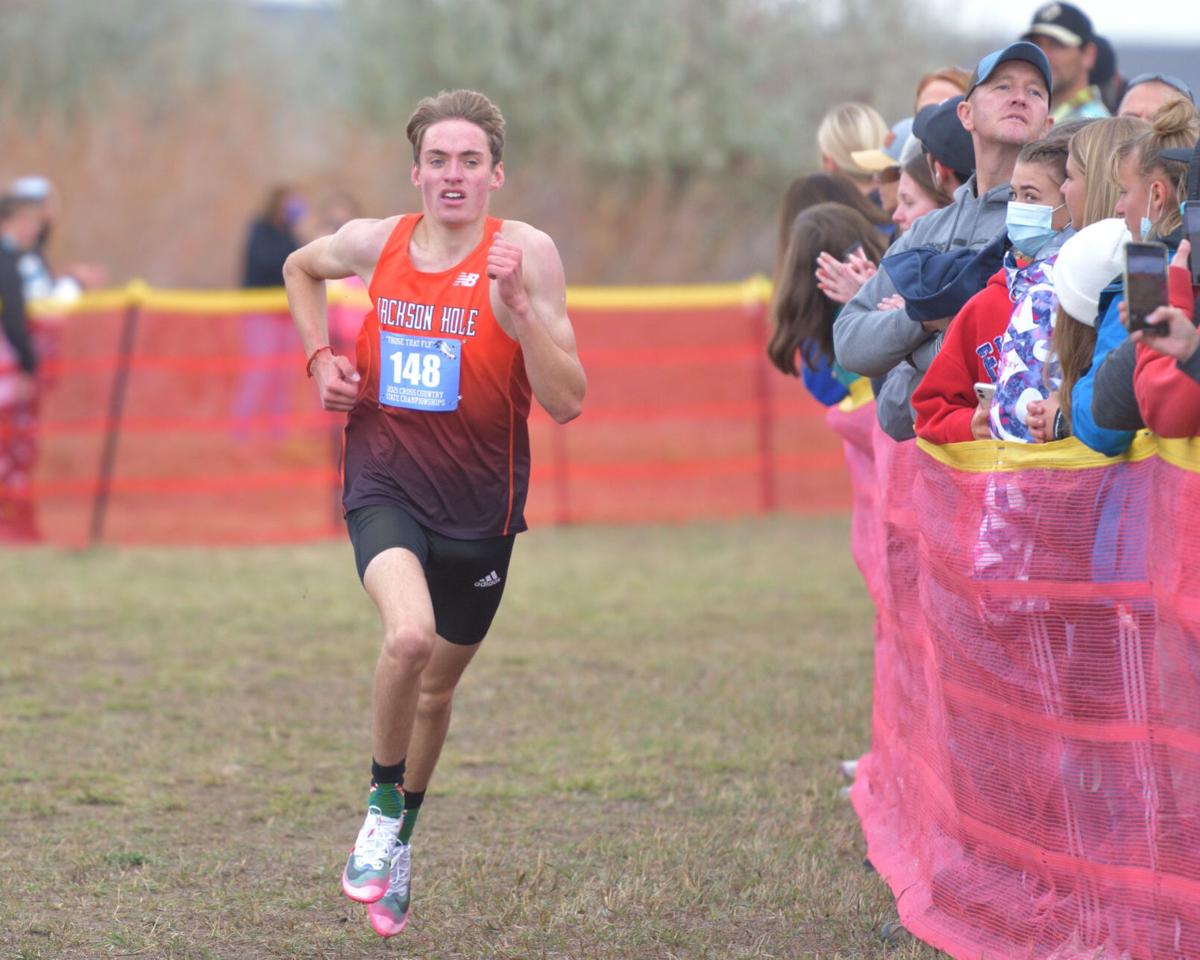 Jackson's Mason Wheeler heads toward the finish line on his way to winning the Wyoming State High School Class 4A Boys Cross Country Championship on Oct. 23 at Ethete.

Five new individual winners were crowned at the 2021 Wyoming State High School Cross County Championships on Saturday in Ethete, with Saratoga’s Grant Bartlett the only repeat gold medalist. It was the third consecutive state title for the Panthers junior.

In the team races, the Cody girls were the only ones to repeat as Ava Stafford won the individual race and led the Fillies to their third consecutive Class 3A title.

Cheyenne Central swept the 4A team titles, with the Mountain View (3A) and Rocky Mountain (2A) boys winning their program’s first championships. The Saratoga girls were the 2A winners for the first time since 2009.

Central placed four runners in the top 10, led by a second-place finish from senior Jacob Frentheway, to win its first team title since 2007. Also earning all-state recognition for the Tribe were Bridger Brokaw (7th), Jason Frentheway (8th) and Will Barrington (10th).

The Central girls are atop the classification for the first time in four years thanks to placing four runners — Sydney Morrell (4th), Kaya Pillivant (5th), Emma Hofmeister (8th) and Rian Cordell-Reiner (10th) — in the top 10.

Stafford was the only Cody runner to place in the top 10, but the Fillies still cruised to the team title. They finished with 63 points to finish 45 points better than runner-up Lander.

The podium had a familiar look to it as the top-three finishers were the exact same for the third year in a row. Grant Bartlett was followed across the finish line by twin brother Grady and Tongue River senior Wyatt Ostler grabbed his third consecutive bronze medal.

The team race also had a familiar feel as Rocky Mountain and Saratoga tied for the top spot with 30 points each. However, the Grizzlies’ fifth-place finisher had a better time than his Panthers’ counterpart, which resulted in Rocky Mountain winning its first team championship.

Last year, Tongue River and Saratoga tied for first, but the Panthers only had four runners so the Eagles were crowned the winners.

Saratoga won the team title for the first time since 2009 and the Panthers might not have to wait another 12 years for their next championship. All four of their top-1o finishers are underclassmen — sophomore Marilee Williams (3rd), junior Madison Teichman (4th), and freshmen Milan Scott (8th) and Rhiwan Williams (10th).

Saratoga's Grant Bartlett runs ahead of the pack during the Wyoming State High School Class 2A Cross Country Championships on Saturday at Ethete.

Jackson's Mason Wheeler heads toward the finish line on his way to winning the Wyoming State High School Class 4A Boys Cross Country Championship on Oct. 23 at Ethete.