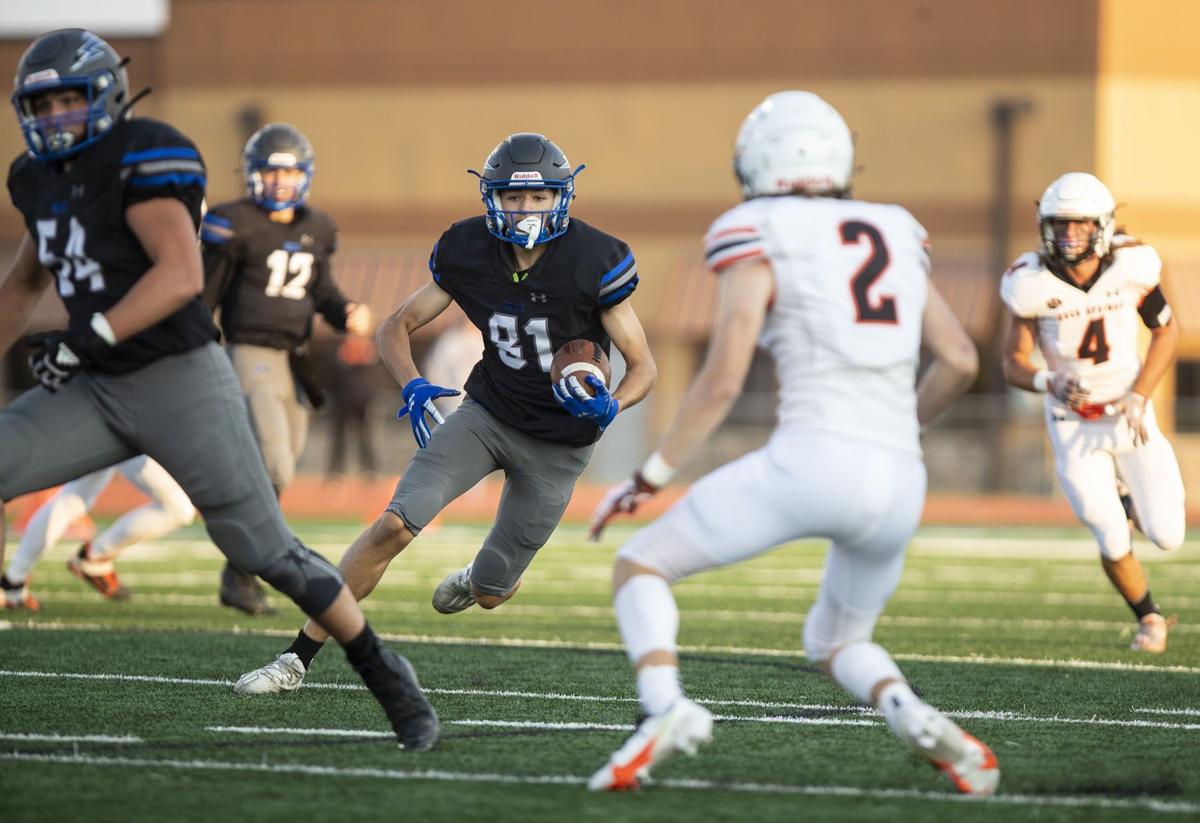 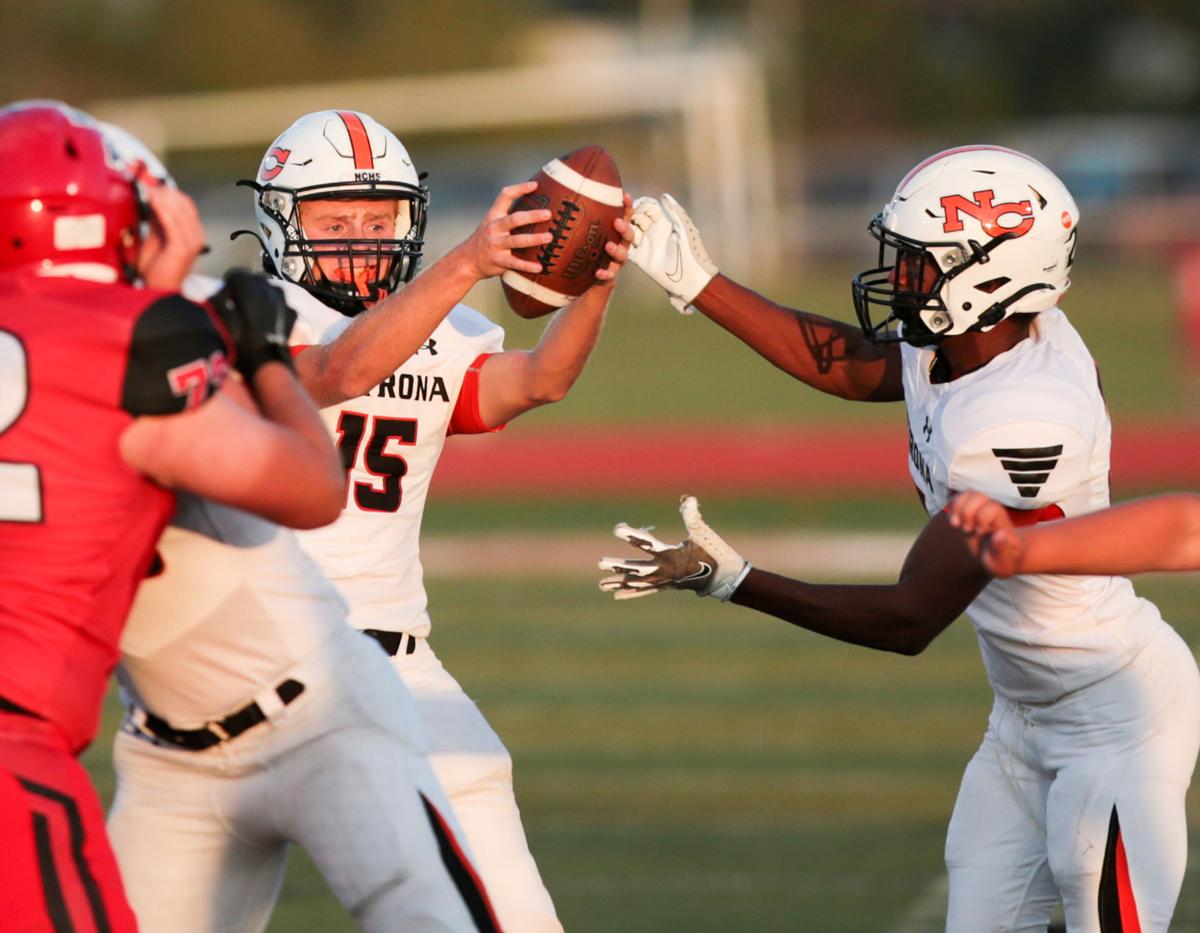 Natrona County quarterback Tyler Hill (15) hands off to Luke Spencer during the Mustangs' game against Cheyenne Central on Aug. 27 at Riske Field in Cheyenne.

More than halfway through the regular season, the race for the top spot in Class 4A football is as wide open as it’s been in recent memory.

Four teams — defending state champ Cheyenne East, top-ranked Rock Springs, No. 3 Sheridan and No. 4 Thunder Basin — are all 4-1 while No. 5 Natrona County and Kelly Walsh are both 3-2.

“There could be a five-way tie at the top and it wouldn’t surprise me,” longtime Natrona County head coach Steve Harshman said.

“There is some good football being played,” East head coach Chad Goff said. “To have that many teams out there competing is exciting for the state and great for the fans to go watch. Kids are having to play at a higher level every week. It’s good for the game of football.”

It’s also a change from years past when the Big Four of Sheridan, Natrona County, Cheyenne East and Gillette were mainstays in the the Class 4A playoff semifinals. From 2010-15 those four teams comprised the semifinal brackets.

There were some outliers — Rock Springs in 2016, Kelly Walsh in 2017 and Cheyenne Central in 2019 — but the biggest shift came in 2017 when Thunder Basin High School opened in Gillette. Since then the Bolts qualified for the playoffs in 2017, advanced to the semifinals in 2018 and have played in the state championship game each of the past two seasons.

Despite having to replace 20 of 22 starters, Thunder Basin is once again on the short list of championship contenders. Obviously, the same could be said for a number of teams.

“We knew at the beginning of the season there was going to be more parity in 4A,” Thunder Basin head coach Trent Pikula said. “I think it helps us in that we have the experience of playoff pressure.

“Right now I really think it’s going to come down to what team is the healthiest at the end of the year.”

“We’re battling some sickness and we’re moving some guys around,” he said. “But that’s part of the game. I think by the end we’ll be in good shape.”

Of course, picking up wins along the way in order to secure one or two home games as possible in the playoffs is also beneficial.

To that end, Rock Springs might be in the best shape. The Tigers’ remaining games are against Laramie (0-5), Cheyenne South (0-5), Central (1-4) and East. Sheridan, which opened the season with wins over Laramie and South, plays Natrona County, Kelly Walsh and Gillette (2-3) before finishing the regular season at Thunder Basin. Those four teams have a combined record of 12-8.

“There are no bye weeks anymore,” Sheridan head coach Jeff Mowry said. “Right now we’re in the middle of a gauntlet. It’s just one after another in 4A.

“If you have any spots where you’re not very deep you better start building depth because physically it’s hard on the kids. They go in and beat on each other for four quarters and then they have to do it again the next week.”

Welcome to the new world of Class 4A football.

Winner of Friday's game will enter the postseason as the No. 6 seed while the loser will be the No. 7 seed.

Natrona County quarterback Tyler Hill (15) hands off to Luke Spencer during the Mustangs' game against Cheyenne Central on Aug. 27 at Riske Field in Cheyenne.