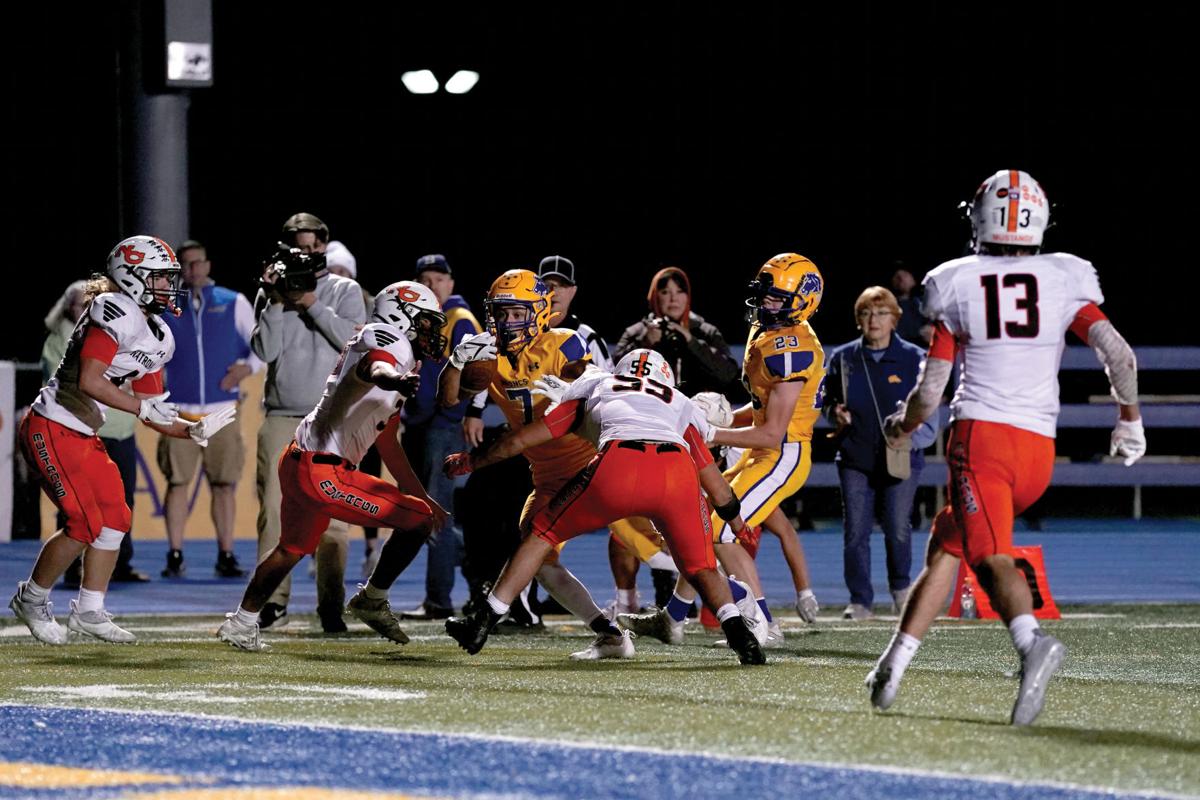 The Natrona County defense tries to bring down Sheridan's Dom Kaszaz during their game Oct. 1 at Homer Scott Field in Sheridan. 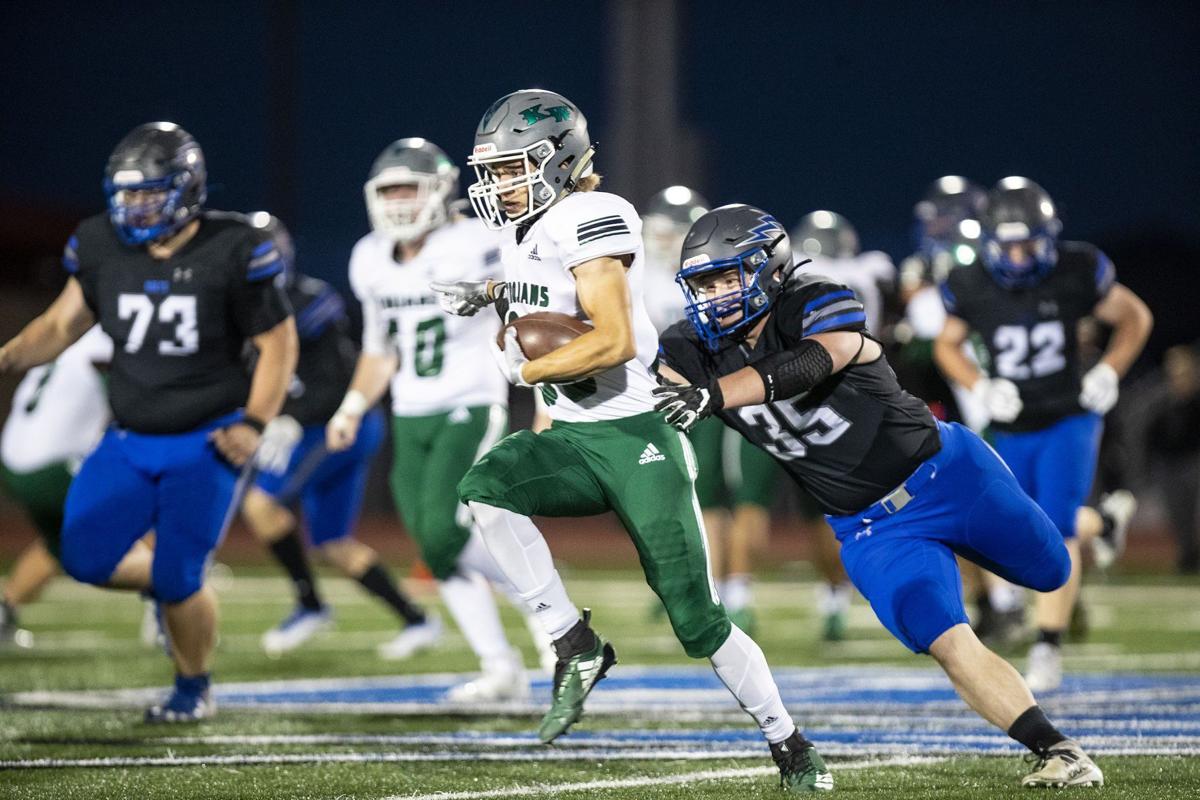 The Natrona County and Kelly Walsh football teams both head into Friday night’s games hoping to end losing streaks. Even though the Mustangs and Trojans are both 3-3 and have already clinched postseason berths, a win in Week 6 would definitely look good on the resume.

NC welcomes an improving Gillette team to Cheney Alumni Field while KW travels to Sheridan to take on the Broncs.

Three weeks ago Natrona County was 3-1 after an impressive 42-7 Oil Bowl victory over Kelly Walsh. But the Mustangs then suffered a 17-14 defeat at Rock Springs followed by last week’s 27-0 shutout at Sheridan.

NC turned the ball over three times in the loss and finished with a season-low 298 yards of total offense.

Junior running back Luke Spencer leads the rushing attack with 62 carries for 409 yards, but he hasn’t reached the end zone since his three-touchdown effort (two rushing, one pick-six) in a Week 2 victory at Laramie. Senior quarterback Tyler Hill is 62-of-112 for 898 yards with six TDs, but threw his first two interceptions of the season in the loss to Sheridan.

Defensively, seniors Kaeden Wilcox, Billy Brenton and Jake Sides have been solid, but the Mustangs have just one takeaway — Wyatt Powell’s blocked kick returned for a touchdown against Kelly Walsh — the past three games.

NC, which hasn’t lost three consecutive games since a four-game losing streak in 2009, has won six in a row against Gillette, outscoring the Camels 216-54 in that stretch. However, Gillette rallied for a 27-24 win at Cheyenne Central last week for its first win over a team other than Laramie or Cheyenne South since 2016.

Running backs Will Miller and Ian Carter have combined for 916 rushing yards and 13 TDs to give the Camels the No. 1 rushing attack in Class 4A at 234.0 yards per game. Gillette is also No. 2 in total defense, with Logan Dymond leading the way with eight tackles for loss.

Kelly Walsh is coming off a 61-21 loss at Thunder Basin in which the Bolts racked up nearly 600 yards of total offense, led 51-7 in the third quarter and held senior running back Cam Burkett to just 68 yards rushing. The Trojans still are No. 2 in rushing offense at 220 yards per game and Burkett is second in 4A with 608 yards on the ground and five TDs.

The Trojans’ three-headed quarterback combination of Eric Whitley, Hunter Mogen and Gibson Sasser has failed to give them much in the passing game, though, as they are a combined 34-of-78 for 457 yards. Kelly Walsh hasn’t had more than 100 yards passing in a game since a 169-yard effort in the season-opening victory at Cheyenne South.

KW has yet to beat a team with a winning record. The Trojans’ three wins have come against South, Cheyenne Central and Laramie, who are a combined 1-7 on the season.

Even with all that going against them, the Trojans could definitely throw a wrench into the 4A playoff picture with an upset of the Broncs. It won’t be easy, though. Sheridan has won 16 in a row against Kelly Walsh, with the Trojans’ last victory coming in the 2009 season opener.

Winner of Friday's game will enter the postseason as the No. 6 seed while the loser will be the No. 7 seed.

The Natrona County defense tries to bring down Sheridan's Dom Kaszaz during their game Oct. 1 at Homer Scott Field in Sheridan.