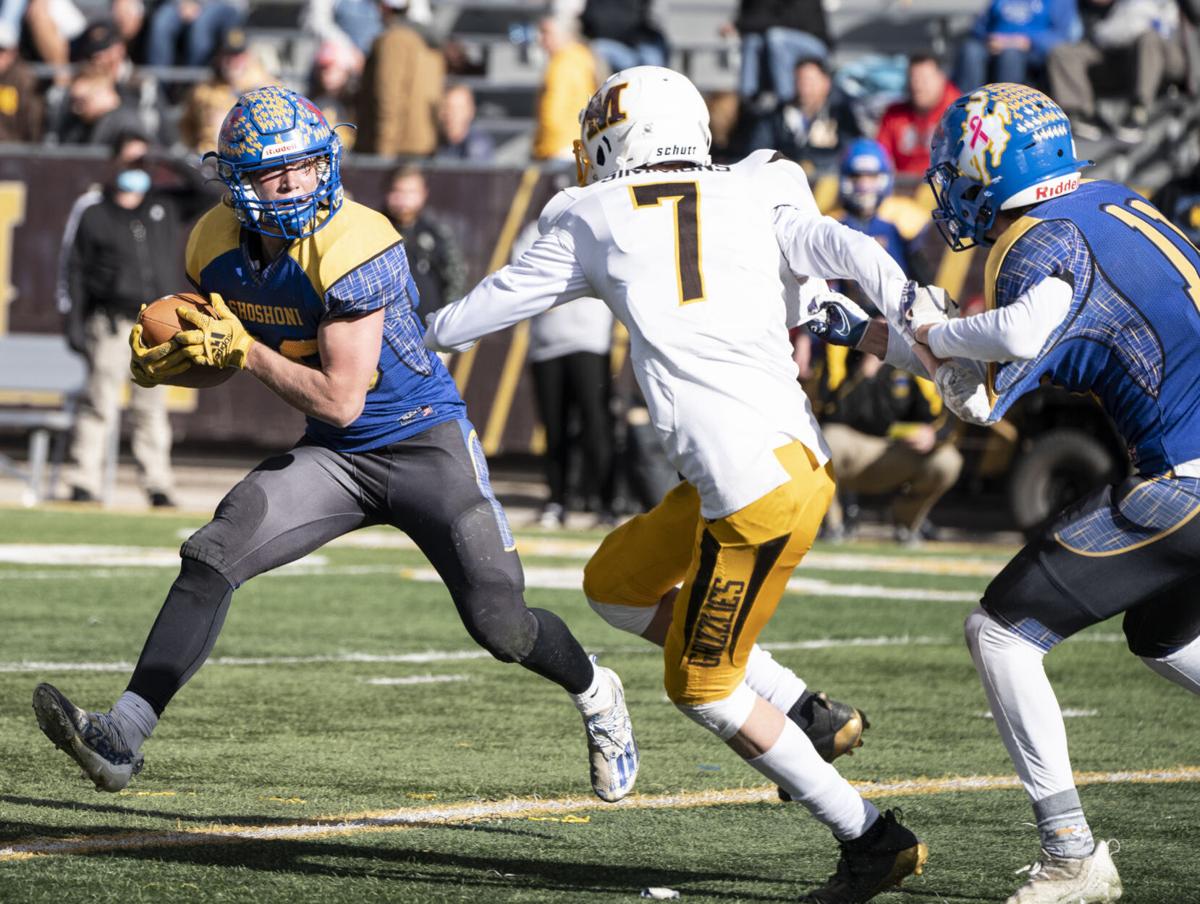 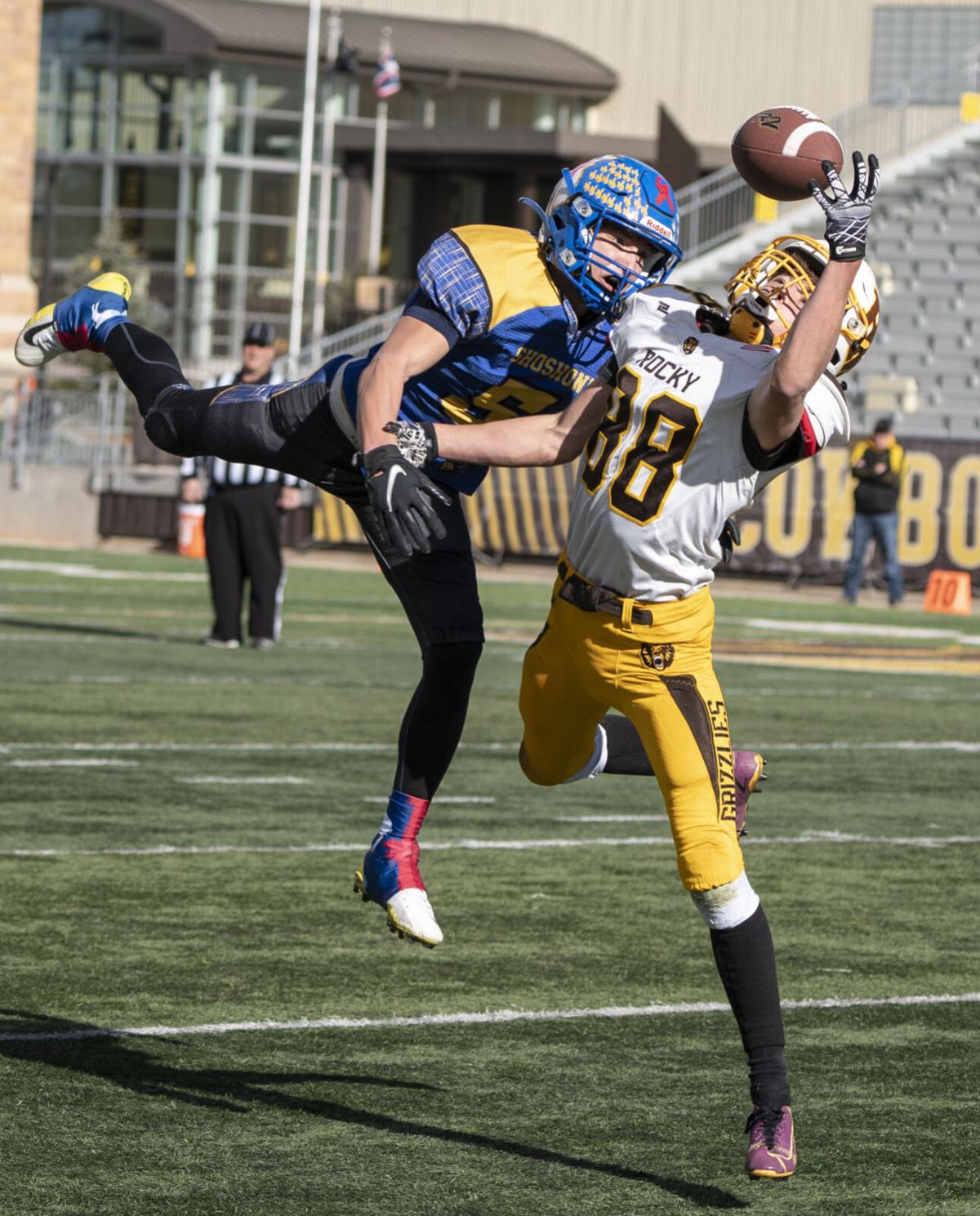 LARAMIE — Shoshoni’s Trey Fike was a triple threat for the Wranglers on Saturday.

“Every time I crossed the end zone I was just ecstatic,” Fike said. “I’ve got a great quarterback and he gave me great passes so I just had to run them in.”

Added Mills: “Our running attack was so good all year and I think they really keyed on that so Trey and Nathon (Cousineau) were open for big plays.”

Senior Nathon Cousineau preserved the Wranglers’ playoff shutout streak when he intercepted Rocky Mountain junior quarterback Carsyn Weber at the goal line on the final play of the half.

“We always tease Alex that he steals Nathon’s interceptions,” Shoshoni head coach Tony Truempler said. “Nathon told me before the game that he was going to get an interception and he did.”

The Wranglers limited the Grizzlies to 79 first-half yards as their defense continued its postseason dominance. Shoshoni (10-1) shut out Wright 55-0 in the quarterfinals and Wind River 27-0 in the semifinals.

“All season my defense has been on fire,” Truempler said. “We had somebody tell us mid-season that my defense were on cruise control and they didn’t like that.

“Today they were flying on all cylinders and going crazy. They’re a tough defense and they like to hit.”

The Grizzlies (9-2) ended the shutout streak on a 12-yard touchdown pass from Carsyn Weber to Collin Haslem on a fourth-down play with 8:18 to play. Haslem caught the ball short of the sticks, but stuck a foot in the ground to send a Shoshoni defender to the ground and race into the end zone.

By that time, though, the Wranglers had extended their lead to 19-0 on Mills’ 11- and 26-yard strikes to Fike.

Trailing 13-0 in the third quarter, Rocky Mountain drove to the Shoshoni 20, but three straight incompletions gave the ball back to the Wranglers. Shoshoni made it a three-possession game on Fike’s swing pass that he took in for the score.

Rocky Mountain had another chance to cut into the Shoshoni lead in the fourth quarter, but Weber bobbled the fourth-down snap and the drive ended inside the Wranglers’ 10.

Weber was taken down for a 1-yard loss on the final play of the game and the Shoshoni players and coaches stormed onto the field as they celebrated the program’s first state championship since 1985.

“I told those guys I feel like we should be going to Disney World right now,” Tony Truempler said, moments before three players dumped a bucket of water on him.

GETTING DEFENSIVE: Shoshoni allowed just one touchdown in the playoffs.

HE SAID IT: "I told those guys I feel like we should be going to Disney World right now." -- Shoshoni head coach Tony Truempler.