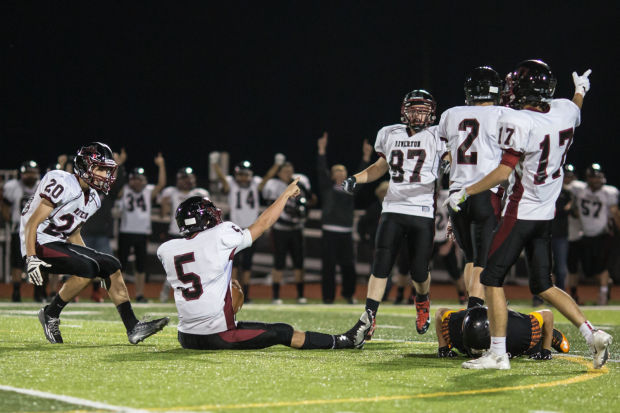 The Riverton Wolverines celebrate an interception by Brandon Fullerton (5) in their game against Powell on Sept. 19, 2014, at Powell High School. 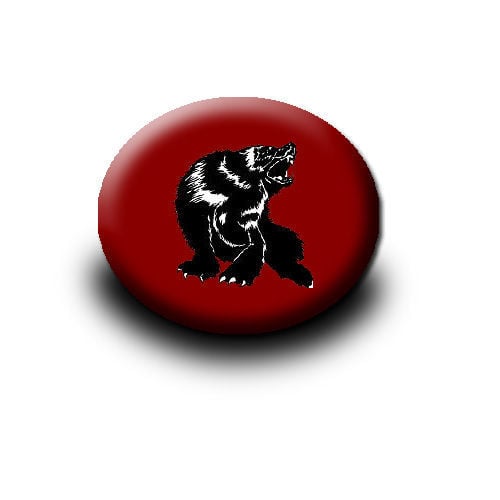 Born and raised on a Fremont County farm, Troy Anderson grew up during the glory days of Riverton football. As long as he’s there, he’s home.

Last week Anderson was named the new head football coach of the Riverton Wolverines. He wasn’t home to hear it. Instead, he’s been half-way around the world at Bagram Airfield in Afghanistan, serving his country.

“I never anticipated the availability of this role,” Anderson told the Star-Tribune in an email conversation, “in anything other than modern times being named the head coach from halfway around the globe would have been impossible.”

He previously served as an assistant coach to Pat Patterson during Riverton’s winless 2018 season. Coaches and players alike worked through summer and fall to put that year behind them, leading to the Wolverines’ playoff berth this past season and ending Riverton’s longest quarterfinal drought in a decade.

Maintaining that upward trajectory and leading the young football players at Riverton has brought Anderson continual excitement. He stated he hopes to move players around and encourage them not based entirely on physicality but rather on where that player’s personality fits.

His time overseas has also impacted his life and given him new aspects he hopes to instill into the Wolverines’ program. He’s learned commander’s intent, relaying the information and providing resources to staff to ensure success. He’s also learned controlled aggression after goal determination and the value of situational evaluation. That comes with preparation and execution.

“You just have to be willing to work hard,” Anderson said. “A lot of things can go wrong but if you are physically prepared you’ll always have a chance.”

Of course, this runs tangentially to film study, workouts and camps done with prompt concentration. He stated it’s those little, often overlooked, aspects that eventually make the biggest difference between success and shortcomings.

Anderson is projected to return from Afghanistan in June, although travel restrictions complications related to the coronavirus pandemic could alter those plans.

“Regardless of the exact date I’m excited to get home and hopeful that I’ll be able to jump right into the day-to-day work of preparing for the 2020 season,” he wrote.

Anderson thanked the community for its support and trust, an outpouring he stated he wants to repay.

Riverton is scheduled to open its season with a Week 0 game at Powell on Aug. 28.

OVERSEAS: Anderson communicated with the Star-Tribune this week while serving in Afghanistan.

HE SAID IT: "You just have to be willing to work hard. A lot of things can go wrong but if you are physically prepared you'll always have a chance." -- Anderson.

Prep football playoffs kick off Friday across the state

All five defending state champs are set to defend titles.

Kelly Walsh picked a good time to put together its best game of the season. The Trojans, who entered the Class 4A state football playoffs as t…

Here are some preps players to keep an eye on this week.

Junior Tyler Hill ran in three of the Mustangs' four overtime touchdowns to cap his first start at quarterback.

The Riverton Wolverines celebrate an interception by Brandon Fullerton (5) in their game against Powell on Sept. 19, 2014, at Powell High School.