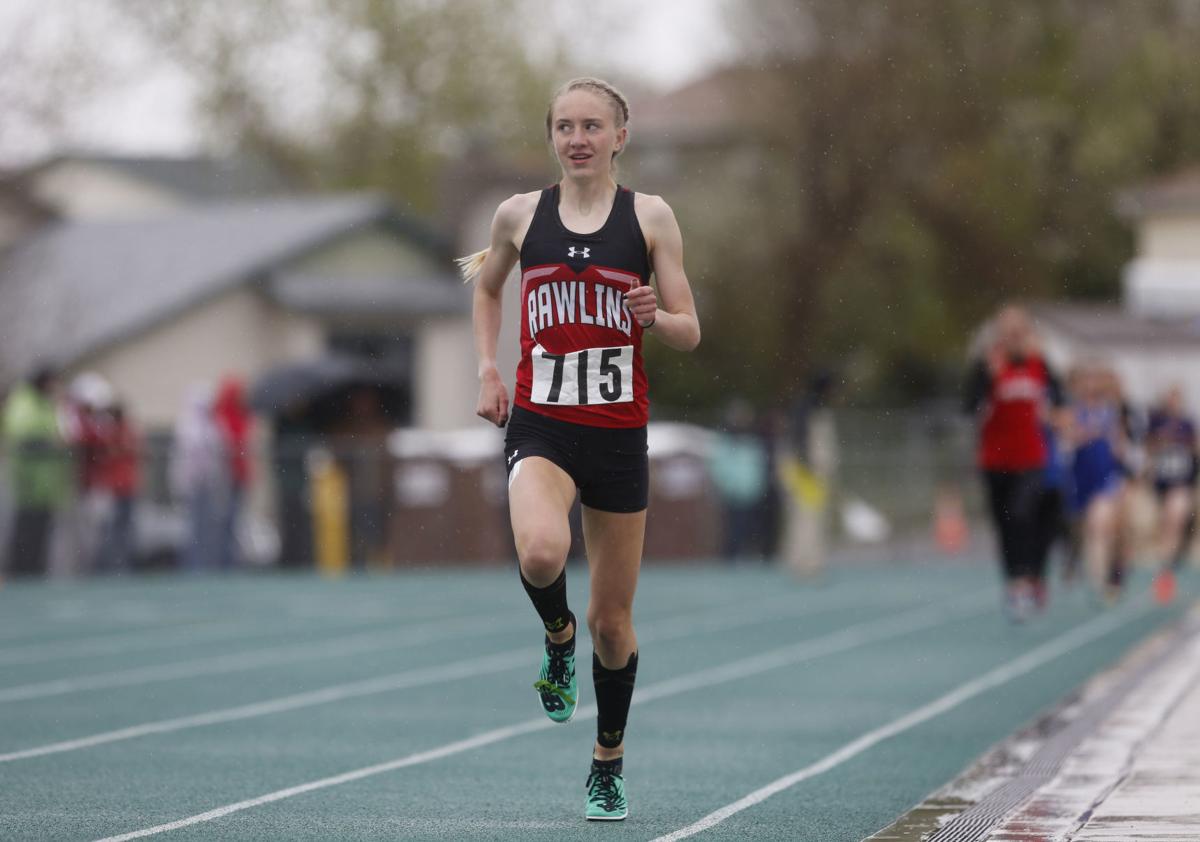 Rawlins' Sydney Thorvaldson smiles at cheering fans in the bleachers while cruising to the state title in the Class 3A girls 1600-meter run May 18, 2019 during the Wyoming State High School Track and Field Championships at Harry Geldien Stadium in Casper. 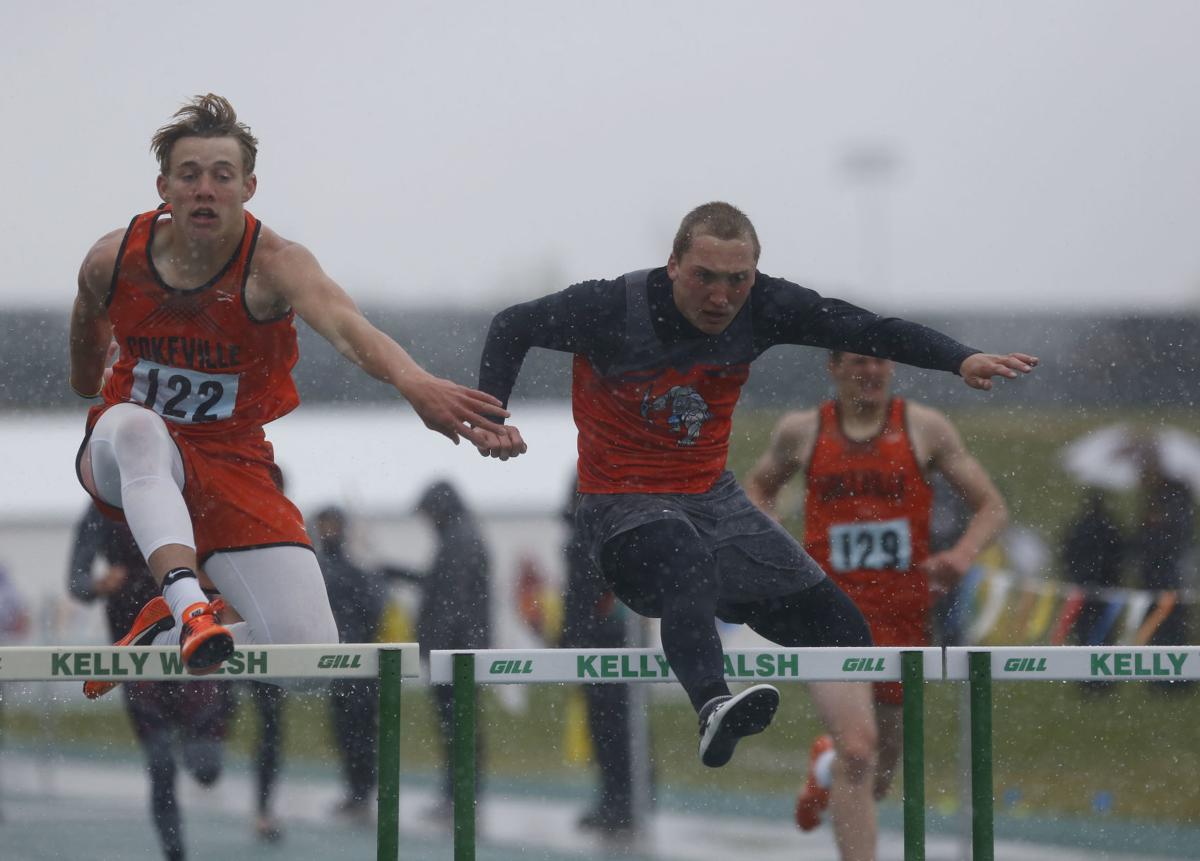 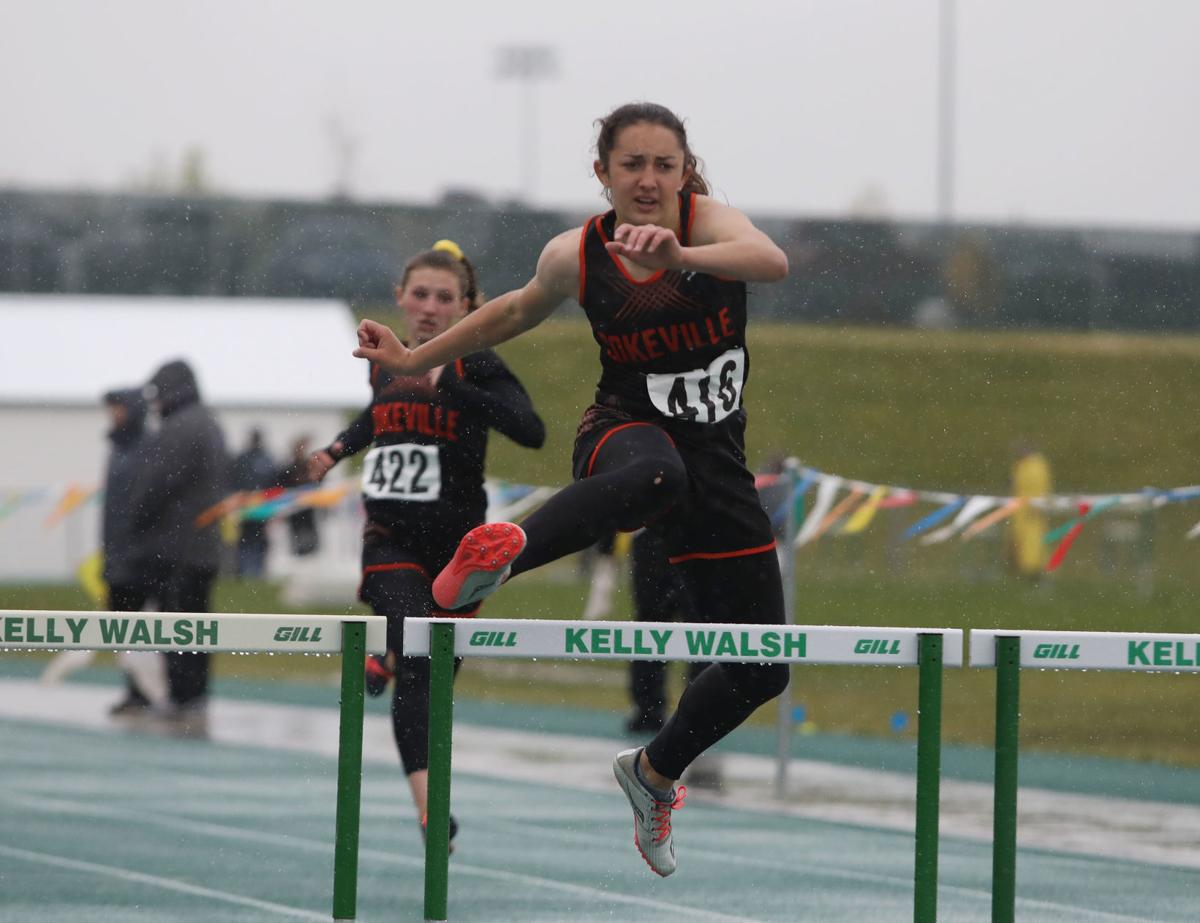 Cokeville's Emma Teichert breaks away to win the Class 1A girls 300-meter hurdles May 18, 2019 during the Wyoming State High School Track and Field Championships at Harry Geldien Stadium in Casper.

Kelly Walsh’s Harry Geldien Stadium, which opened in the fall of 1979 and has hosted the Wyoming State High School Track and Field Championships since 1980 (special thanks to former KW coach and noted Casper prep sports historian Kevin Williams for that information), is eerily quiet this weekend.

While the reason is understandable, that doesn’t make it any easier.

When the Wyoming Indian boys basketball team accepted its state championship trophy on March 7 at the Casper Events Center, there was no reason to believe it would be the last athletic hardware handed out for the 2019-20 school year.

Five days later the Wyoming State High School Class 3A/4A Basketball Championships began as planned at both the Events Center and at Casper College before first being postponed and then canceled because of the coronavirus pandemic. And when the Wyoming High School Activities Association Board of Directors on April 7 made the expected, and correct, decision to cancel the spring sports season, it meant for the first time since 2008 I would be home rather than in the office or at state track or state soccer.

So instead of coordinating track and soccer schedules with reporters and photographers, and deciding on possible athletes to feature, and writing stories and proofing pages – also known as “my job” – I’m left to wonder what might have been.

Unfortunately, we’ll never know. The stands at Harry Geldien Stadium will be empty, and the tents decked out in each school’s colors won’t be covering the surrounding grass.

The lone bright spot is that there will be plenty of parking spaces available. Personally, I would rather be battling for a prime spot.

Soccer, which was being held in Cheyenne for the first time, also presented some interesting team storylines. The Cody girls were chasing their fourth consecutive crown, and the Worland boys were going for three in a row. Could the Jackson boys and Thunder Basin girls repeat in 4A?

Obviously, every state culminating tournament comes with a finality. But because track and soccer are Wyoming’s only spring sports, at least until next year when softball is added to the mix, it’s even more evident. For seniors, especially for those who won’t compete at the next level, state track and soccer brings an end to their high school athletic careers.

This would have marked the fourth year in a row I would have closed the book on the prep sports year by turning off the lights at Harry Geldien Stadium. The previous four years ended at state soccer, either at the Big Horn Equestrian Center outside Sheridan, in Jackson or in Rock Springs. Naturally, each year holds a certain memory.

The same holds true for this year and this weekend. Unfortunately, the lasting memory of the 2020 spring sports season will be that it never happened.

Palomo played on two state championship teams with the Mustangs.

Rawlins' Sydney Thorvaldson smiles at cheering fans in the bleachers while cruising to the state title in the Class 3A girls 1600-meter run May 18, 2019 during the Wyoming State High School Track and Field Championships at Harry Geldien Stadium in Casper.

Cokeville's Emma Teichert breaks away to win the Class 1A girls 300-meter hurdles May 18, 2019 during the Wyoming State High School Track and Field Championships at Harry Geldien Stadium in Casper. 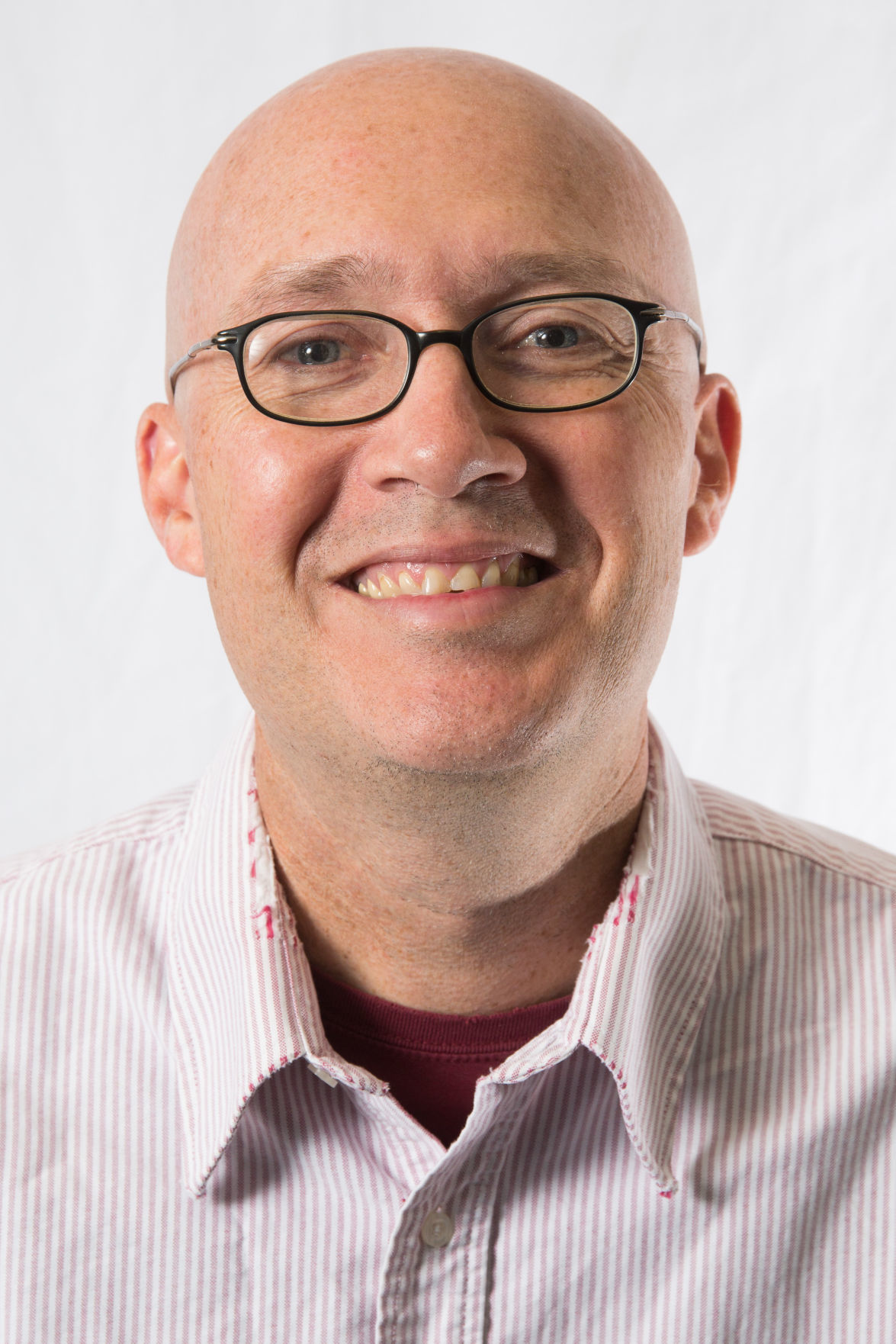