Governor focuses on education funding, Wyoming's strengths during State of the State address 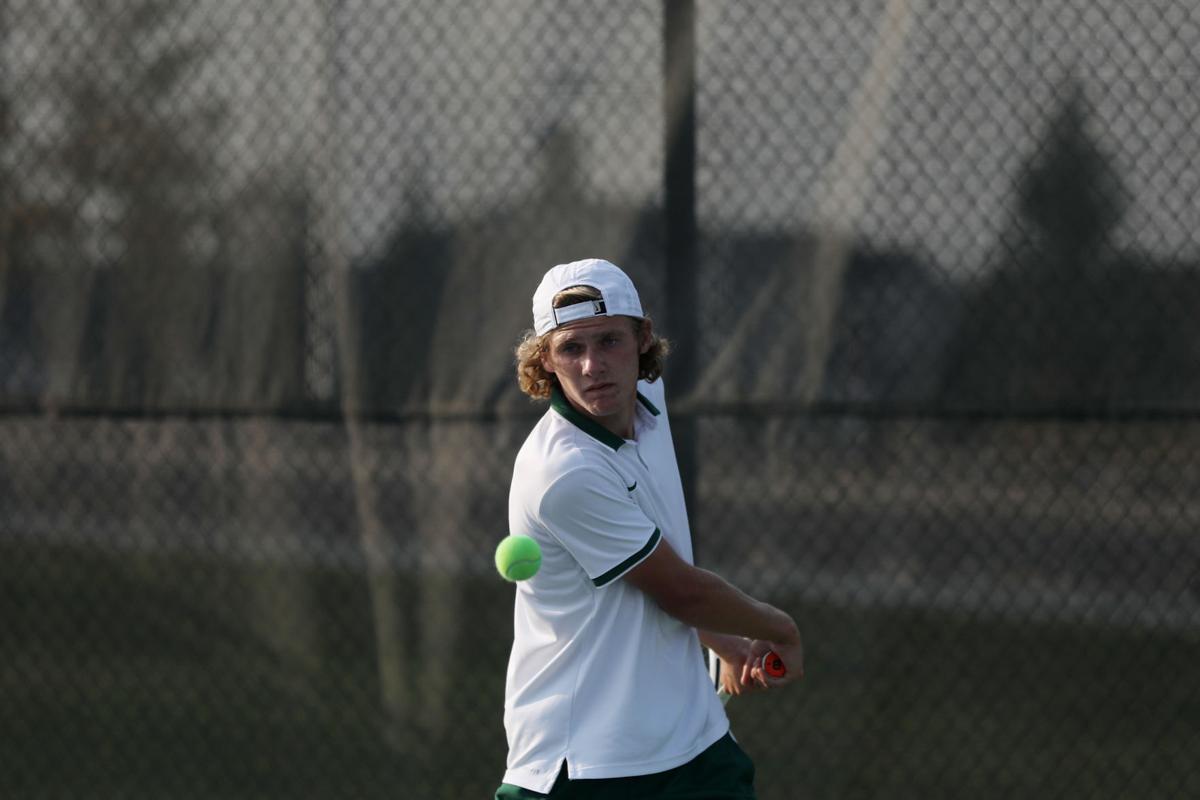 Kelly Walsh's Austin Putnam gets ready to hit a backhand during a singles match at practice on Sept. 16 at the Casper Country Club. Putnam won the No. 1 singles state title on Saturday in Gillette to lead the Trojans to the team title. 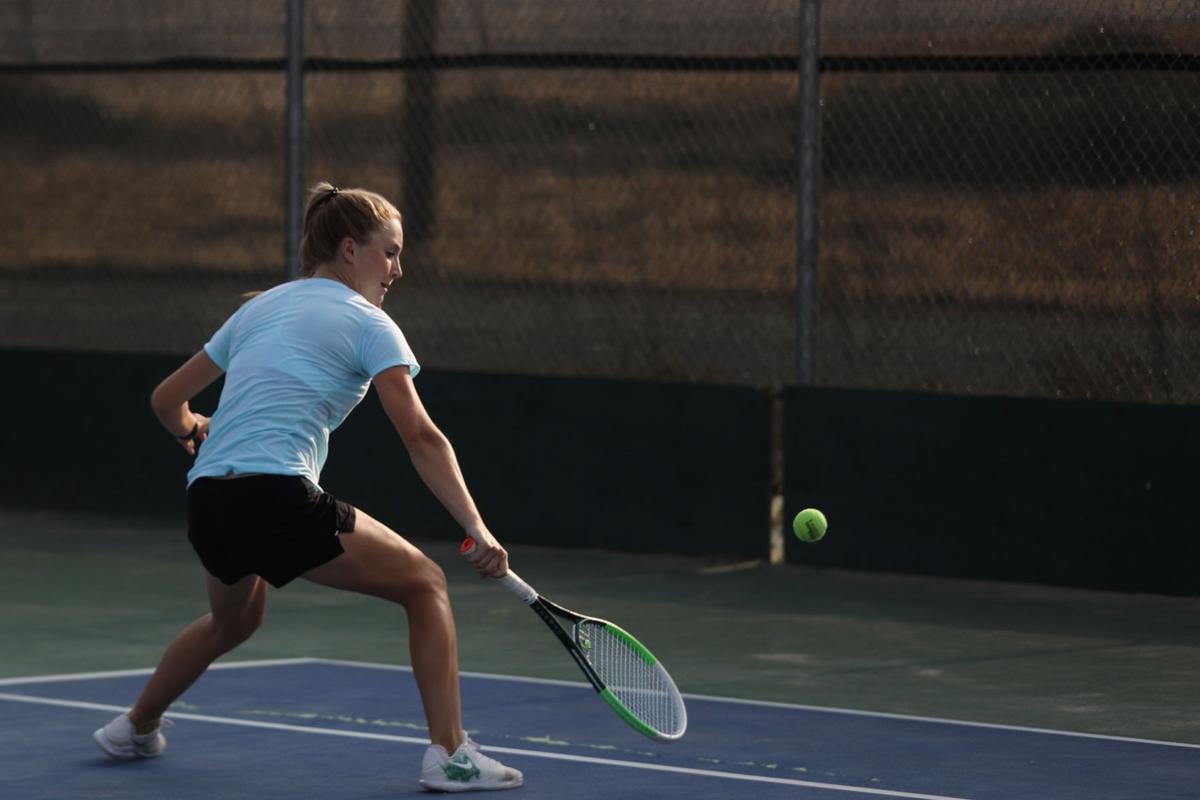 The title capped a perfect season for the Trojans, who won state for the first time since 1994. Putnam and Catchpole, both juniors, also finished undefeated on the season.

Putnam, playing at No. 1 singles, defeated Gillette’s Tanner Lemm in the championship match, 6-3, 7-6 (7-5). At No. 2 singles, Catchpole earned a 6-0, 6-4 victory over South Regional champ Fletcher Mothershed from Cheyenne South.

The Trojans finished with 59 points to easily outdistance runner-up Gillette (36) and third-place Sheridan (34).

The girls team race went down to the final match and it was defending state champ Emily Needham who lifted Cheyenne Central to its fourth consecutive team title (the Indians tied Sheridan for first place last year) with a 2-1 victory over Kelly Walsh junior Finley Klinger. Needham’s 6-7 (4-7), 6-0, 6-4 victory allowed Central to edge the Trojans 50-47.

Sheridan senior Julia Kutz defeated Jackson’s Val Stevenson to win the No. 2 singles title and help the Broncs to a third-place finish.

The Kelly Walsh girls, who were looking to win their first team title since 2007, got a second-place finish from the No. 2 doubles team of Ava Allsop and Malan Wilson, while senior Lily Putnam (No. 2 singles), Gabreilla Blumberg and Avery Strand (No. 1 doubles) and Taylor Nokes and Ella Catchpole (No. 3 doubles) all placed third.

Jackson’s George Gervais and Jackson Santamauro won No. 1 doubles with a three-set victory over Gillette’s Jefferson Neary and Austin Robertson. The Kelly Walsh team of Buck Harris and Drew Rasmussen finished third at No. 1 doubles.

Kelly Walsh's Austin Putnam gets ready to hit a backhand during a singles match at practice on Sept. 16 at the Casper Country Club. Putnam won the No. 1 singles state title on Saturday in Gillette to lead the Trojans to the team title.