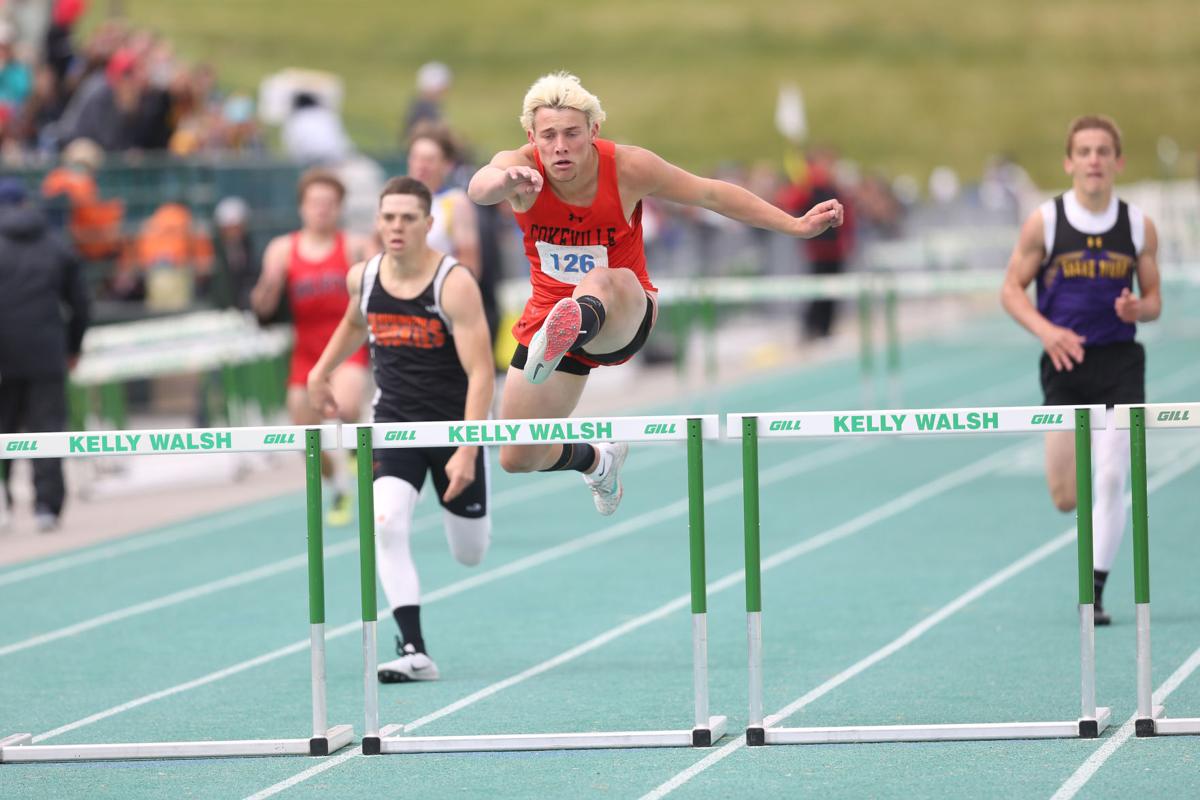 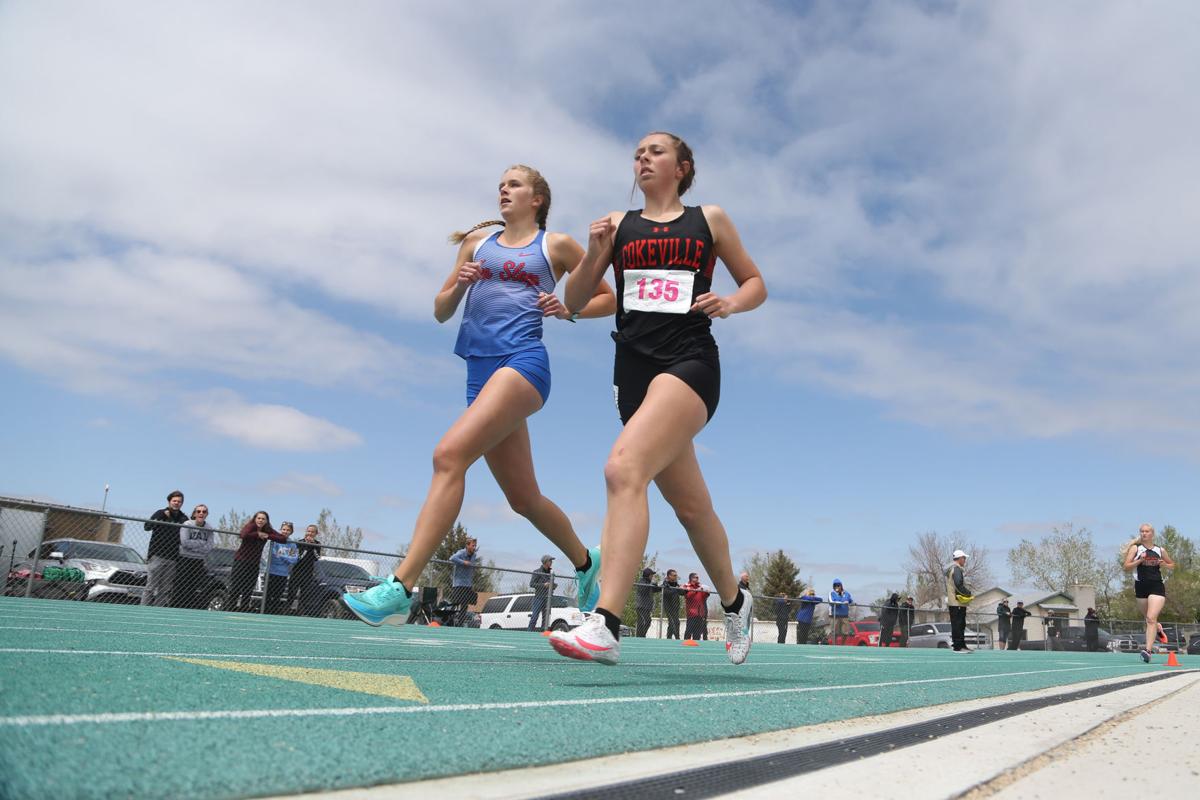 Lindsey Holiday of Ten Sleep passes Cokeville's Bryli Groll for the lead in the Class 1A 1600-meter run at the 2021 Wyoming State High School Track & Field Championships at Harry Geldien Stadium in Casper.

Heading into the final day of the Wyoming State High School Class 1A Track & Field Championships, the Burlington boys were leading Cokeville by 21 points.

But by the end of the day, with only the 4x400 relay left, Cokeville had closed the gap. Even with a victory in the relay, Burlington, which placed third, did just enough to beat the Panthers 110-108 for the team title.

Heading into the final relay, Burlington senior Kolby Broederlow felt hundreds of eyes staring down at him.

"It was a high-pressure moment because it came down to one or two placings," Broederlow said. "We managed to pull it together, and we got it."

Sophomore Brian McNiven started the relay at a blistering pace, but with only 200 meters left to pass the baton, the Panthers had shot ahead. Broederlow, sophomore Clayton Edwards and senior Kody Gotfredson did their best to close the gap and finished third, right behind Lingle-Fort Laramie.

Burlington senior Gideon George said the moment was bittersweet and a perfect way to end his high school career.

"We've watched these kids and competed with them all our lives," he said of the Panthers.

Cokeville came extremely close to taking the lead on Saturday. However, the Huskies were able to do just enough to maintain their margin of victory. Both George and Broederlow placed second in the 110 and 300 hurdles,, respectively.

"It's been really fun, and we've been hurdling together since middle school, and it's great to roll it out after all these years," Broederlow said.

The seniors felt like it would be close and knew they had to show up to hold off Cokeville. A few of their teammates were hurt, and they didn't get any first-place finishes on Saturday. Still, the team as a whole stepped up, according to Broederlow.

"Our high point was walking over to get that trophy!" George said. "Everyone was just silent, and we stayed classy. It was fun."

The Cokeville girls filled the scoreboard on Saturday, totaling a 115-point performance en route to their fourth consecutive state title.

"There are so many amazing girls with amazing times," Groll said after the 400. "I knew if I wanted it, I was going to have to really push myself to get a faster time than I had going in."

Heading into the 4x400 relay, Cokeville had secured its victory, but that didn't stop the Panthers from winning the race.

Dayton and Groll started the race at a blistering pace, and freshman Reagan Teichert and senior Abby Johnson tied it all together and finished the race with three seconds to spare before Hanna crossed the line.

"I owe it all to my teammates and coaches," Groll said. "They always push us to be the best that we can."

Lindsey Holiday of Ten Sleep passes Cokeville's Bryli Groll for the lead in the Class 1A 1600-meter run at the 2021 Wyoming State High School Track & Field Championships at Harry Geldien Stadium in Casper.