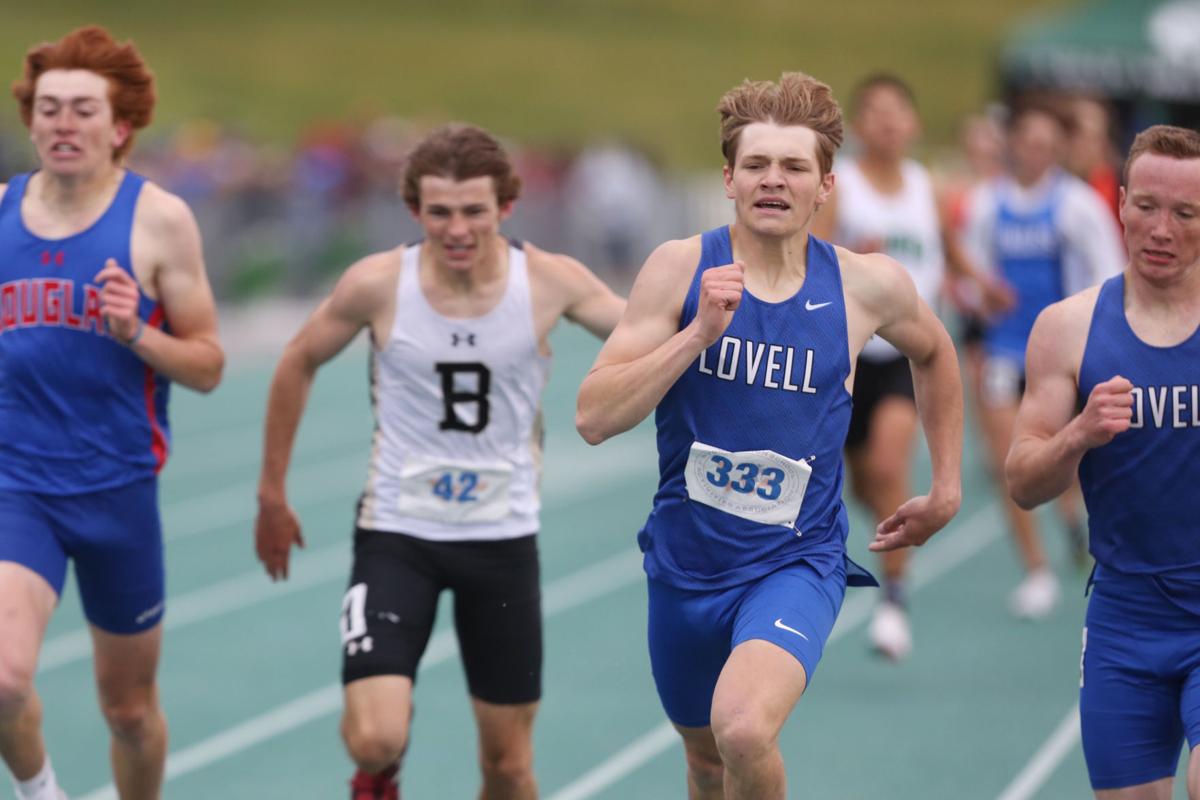 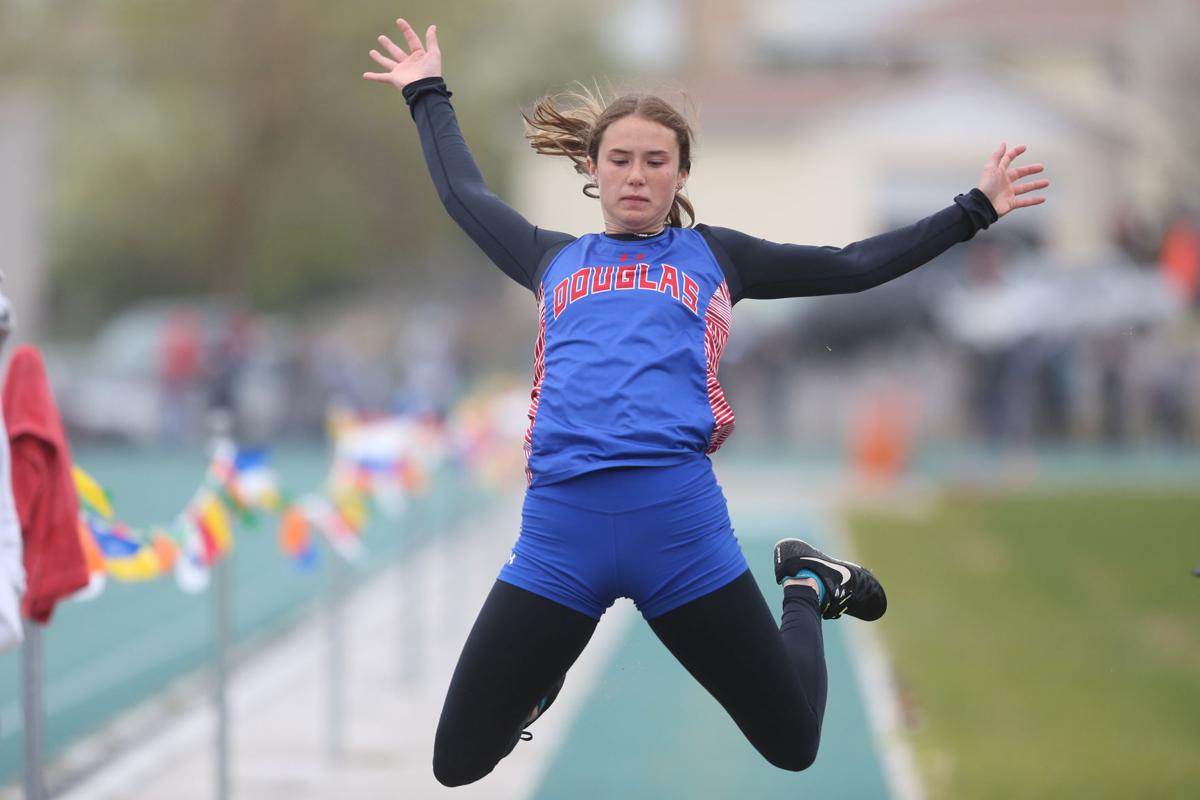 Kamdynn Townsend of Douglas launches into the air in the long jump during the 2021 Wyoming State High School Class 3A Track & Field Championships on May 21 at Harry Geldien Stadium in Casper.

Lovell’s Zeke Newman was getting ready to compete in the 800-meter run Friday when he paused to watch the Class 2A girls’ 800. What he saw brought a smile to the senior’s face as his sister, sophomore Amee, pulled away over the final 200 meters to win the event at the 2021 Wyoming State High School Track & Field Championships at Harry Geldien Stadium in Casper.

“I watched Amee win and I said, ‘That’s what I’m supposed to do,’” Zeke said.

That’s just what he did, pulling ahead of sophomore teammate Preston Nichols down the backstretch to win with a time of 2 minutes, 0.65 seconds. Nichols was right behind in 2:00.75, followed closely behind by Douglas’ Cameryn Spence (2:00.93) and Buffalo’s Kollen Milmine (2:01.01).

“I tucked in on the last lap and then with about 300 meters to go I started to make a move,” Zeke said.

After not running the event at last week’s West Regional, he was given a less-than-ideal starting assignment, but once he was able to break free from the pack Zeke was able to chase down first-lap leader Nichols and then hold him off for the win.

“All season I told him, ‘Me and you one and two at the end,’” Zeke said, motioning to Nichols. “And that’s just what we did.”

Amee Newman was in a similar position as her older brother. Having not competed in the 800 at last week’s regional meet, she found herself stuck at the back of the pack through the first lap.

“I was stuck in the back of the alley so it wasn’t the lane assignment I wanted,” Amee said, “but when the girl in front started to fade with about 200 meters to go I saw my moment of opportunity.”

“There’s lots of good competition in the throwing events,” Turner said, “so I just had to focus on staying loose. Now I’m feeling excited to compete in the shot put (on Saturday).”

Turner has signed to throw at Utah State University, but will first serve a two-year mission for the Church of Jesus Christ of Latter-day Saints in Kennewick, Washington.

Kamdynn Townsend of Douglas launches into the air in the long jump during the 2021 Wyoming State High School Class 3A Track & Field Championships on May 21 at Harry Geldien Stadium in Casper.