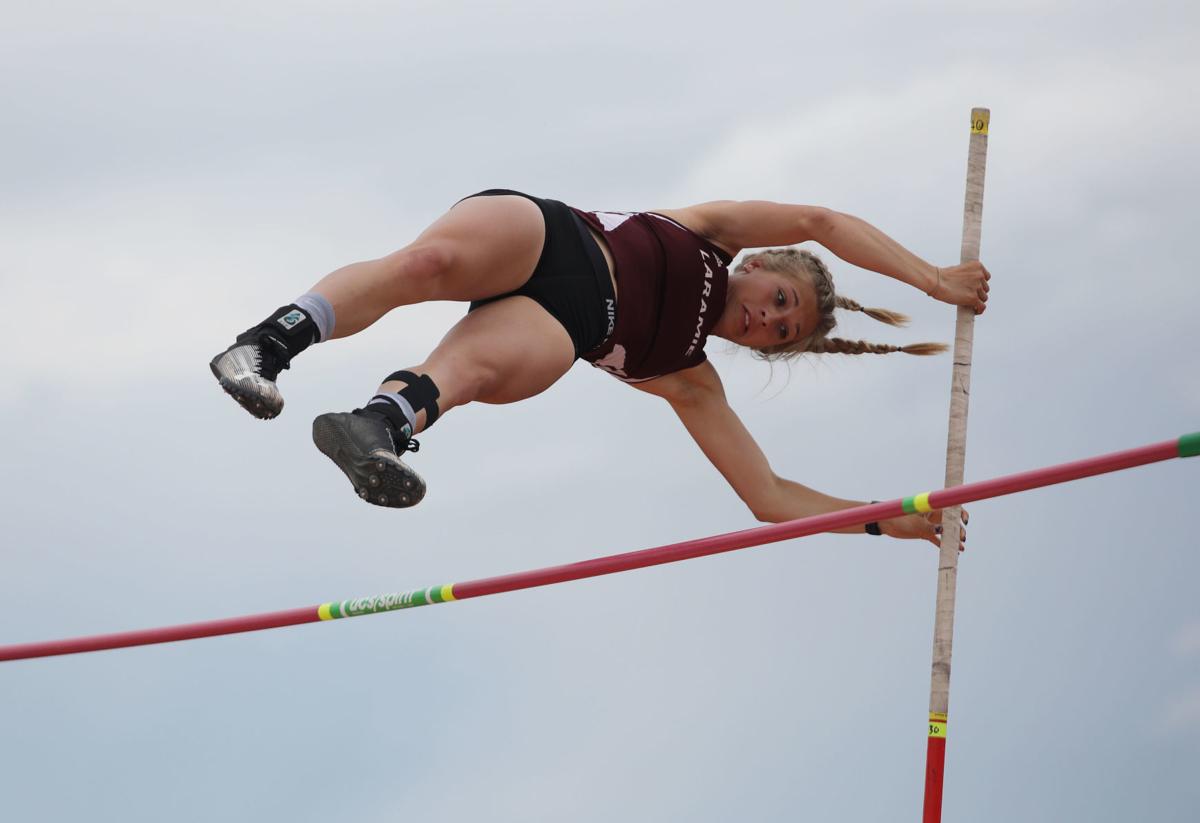 Laramie's Aubry Sanchez competes in the Class 4A girls pole vault during the Wyoming State High School Track and Field Championships on May 16, 2019 at Harry Geldien Stadium in Casper. 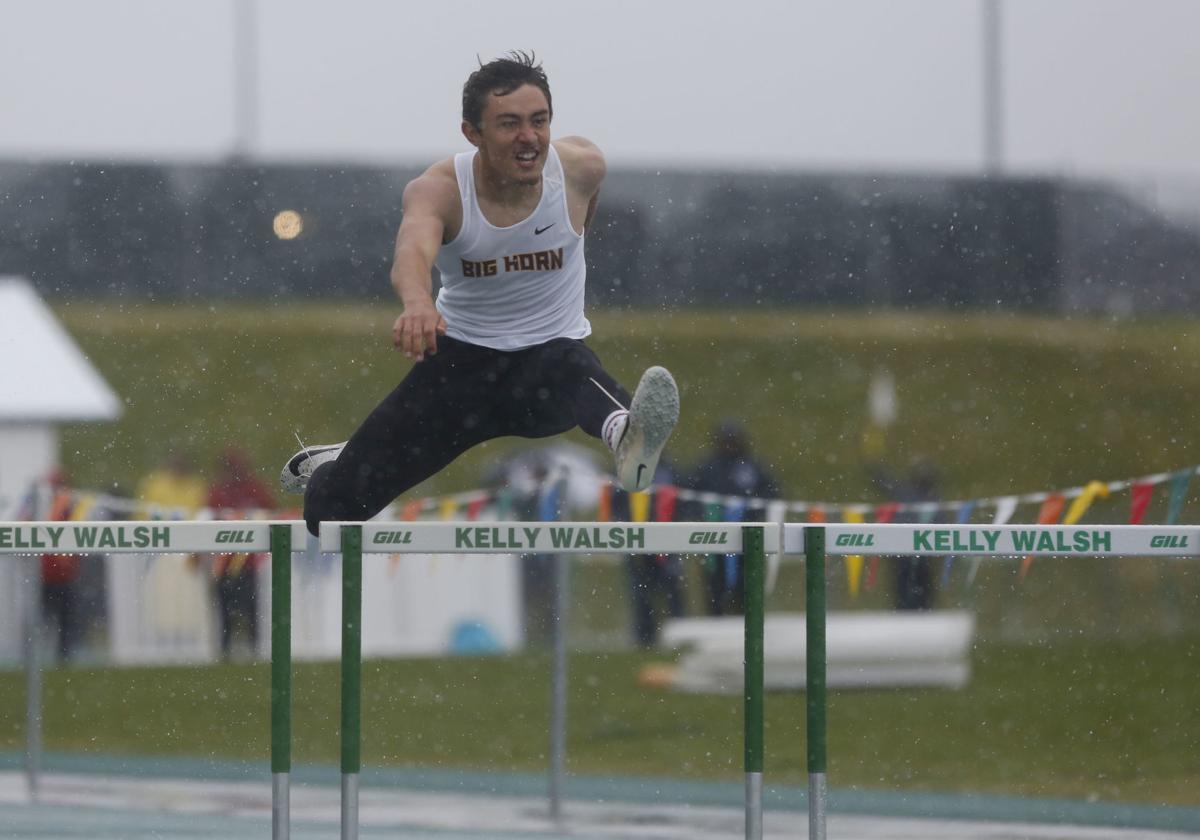 Strap in and hold on because this indoor track season should be one to remember. The Star-Tribune recently took a look at the overlying storylines to watch throughout the season but the real reason to watch the two-month indoor track season is the athletes themselves. And there’s plenty to keep your attention occupied.

Here’s a closer look at those returning champions and some of the contenders who will keep them pushing until the state meet in early March.

Alyssa Bedard, Rock Springs: She won the 55, 200 and 55 hurdles (as well as leg on the winning 4x200 relay) at last year’s state meet and would likely win outdoor gold if she wasn’t the state’s leading goal scorer and off to play soccer at Wyoming next year.

Emmy Johnson, Laramie: The Wyoming track signee ran the only sub-minute 400 to earn gold at last year’s state meet. She also won the 300 hurdles during the outdoor season, but her two silvers may stick with her and serve as motivation.

Sydney Thorvaldson, Rawlins: The junior phenom will represent her hometown during the indoor season for the first time after grabbing four golds with Laramie last season. Oh, and she was a second away from a national championship in her last race.

Jordan Stoddard, Cheyenne Central: She started her freshman track season with high jump indoor gold then won two Class 2A outdoor state championships for her native Southeast. She’s back for more this winter.

Aubry Sanchez, Laramie: Another Plainsman off to compete for the Cowgirls next year, Sanchez comes off a state championship in the pole vault. She finished second in the outdoor season, giving her even more motivation to bring it in her senior season.

Kaitlyn Migneault, Cheyenne Central: A serious contender for gold in the shot put after a disappointing fifth-place finish in the outdoor season, she’ll look to win it all before heading off to throw at Charleston Southern next year.

Grace Shaffer, Cody: Already established as one of the state’s best pole vaulters, she’ll look to expand her legacy in just her junior season.

Amira Cummings, Cheyenne East: Her promising junior season in the sprints fell just shy of gold in both indoor and outdoor. She’s against tough competition again but perhaps she can break through this winter.

Bailey Carpenter, Thunder Basin: She ran the second leg of the Bolts’ winning 4x400 relay team last year. She could carve out a space for herself in the sprints and high jump this season with another year under her belt.

Peter Visser, Star Valley: He ran the fastest all-class time at state cross country and broke the course record in the process. He also cracked DyeStat’s Top 100 Distance Runners from last year, making him the one to beat this indoor season.

Emory Yoosook, Kelly Walsh: The recent Chadron State signee goes into this final indoor season as one of the top returning sprinters amid a field that was senior-heavy last season. He could finally achieve gold this winter.

David Standish, Sheridan: The distance-running field will be packed with talent yet again this year, but Standish comes in with the momentum of leading Sheridan’s cross country team to the first state title in program history.

Tyson Edwards, Thunder Basin: This consistent podium-finishing hurdler returns for a senior season after earning silver in the 55 hurdles last season. This could be his year to break through in the sprints if he’s healthy.

Conner Micheli, Mountain View: He’s the only returning state champion and he’s a sophomore. Micheli successfully cleared 14-foot-3 in the pole vault at last year’s indoor meet then cleared 15-2 in the outdoor meet.

Dylan Preator, Lovell: He won two golds with his native Powell at last year’s outdoor meet. He represents nearby Lovell in the indoor season once more after scoring a sixth-place finish in the triple jump.

Morgan Pickett, Natrona County: The talented junior already earned gold last season as part of the Mustangs’ winning 1,600 sprint medley relay team. Look for him to move up the sprint charts this winter.

Tanner Bullock, Cheyenne Central: He’ll be one of the top returning names among a depleted throwing field. This senior finished third in the discus during outdoor and fourth in the shot put last indoor season.

Kyler Ostler, Big Horn: An exceptional athlete that not only crushed at 2A in the outdoor season but finished fifth in the 55 hurdles after posting the fastest preliminary time.

The annual Simplot Games begin Thursday on the campus of Idaho State University in Pocatello, Idaho, and Wyoming will be well-represented (if …

Sheridan pole vaulter wins with a vault of 14 feet, 8 inches.

Laramie's Aubry Sanchez competes in the Class 4A girls pole vault during the Wyoming State High School Track and Field Championships on May 16, 2019 at Harry Geldien Stadium in Casper.