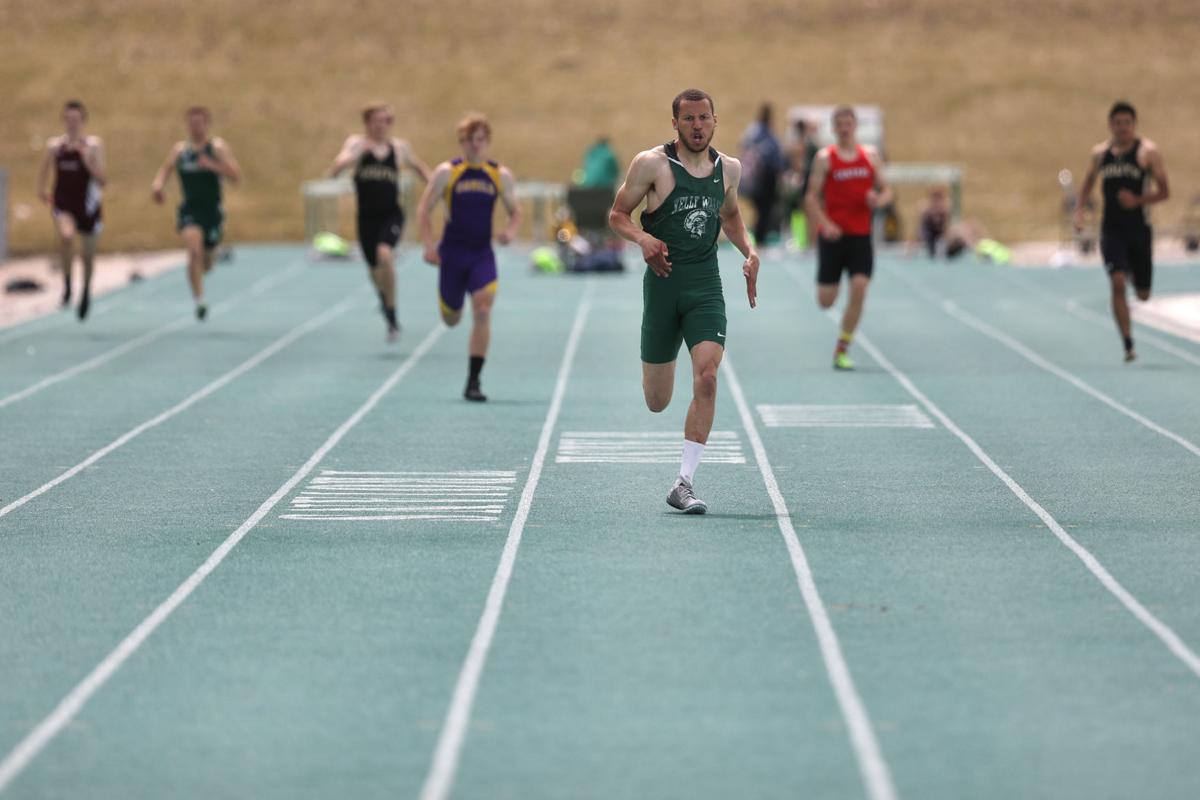 Kelly Walsh's Darius Wiggins pushes through the final stretch to win the 400-meter dash April 30 at the Kelly Walsh Invitational in Casper. 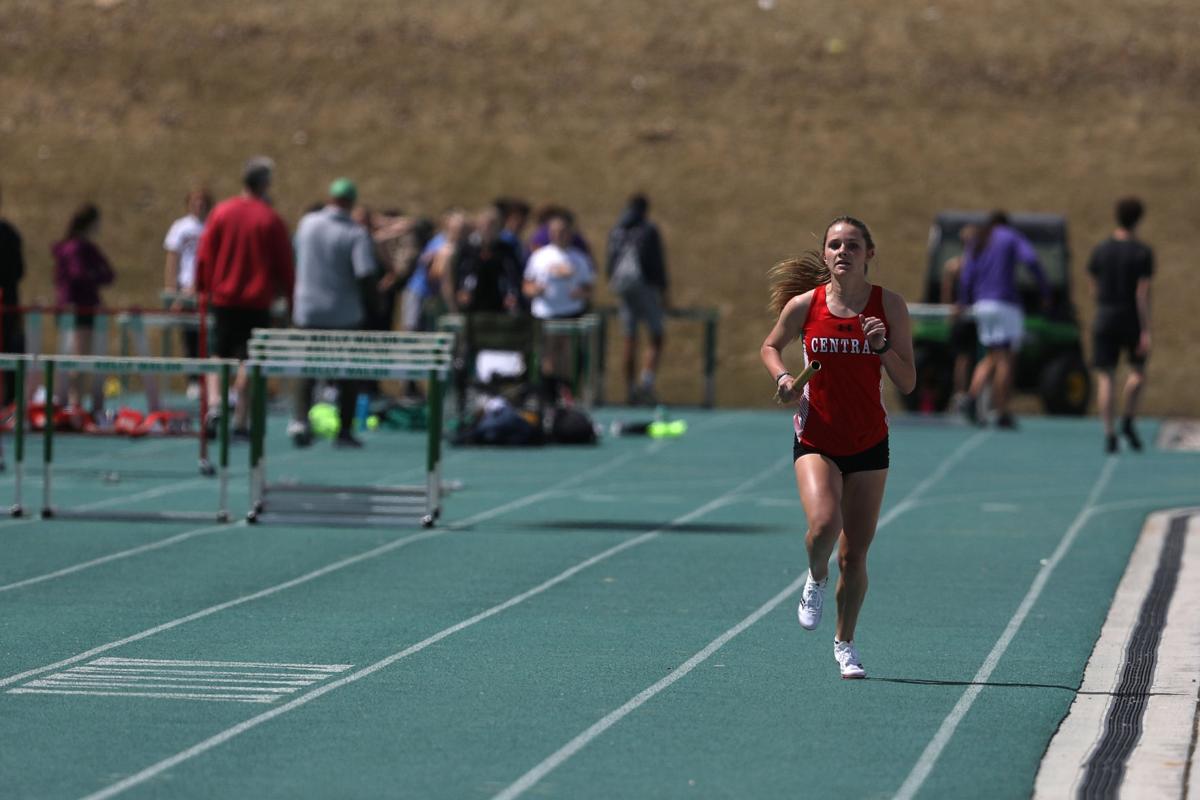 Cheyenne Central's Sydney Morrell runs the anchor leg on the Indians' 4x800 relay team at the Kelly Walsh Invitational on April 30 in Casper. 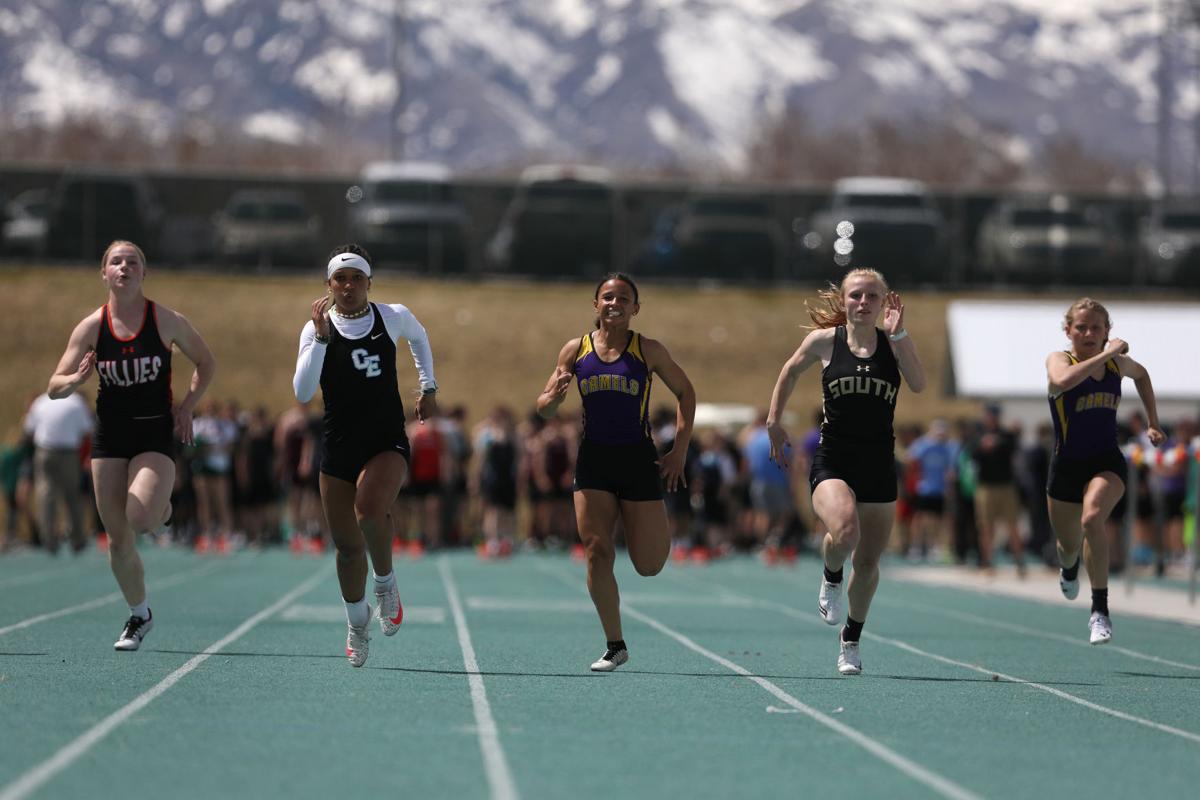 This week's regional track & field meets offer athletes one final chance to either punch their tickets to state or improve their qualifying times/marks before next week's state championships begin Thursday at Harry Geldien Stadium in Casper. While most athletes will be competing across the state, Class 4A East teams get a firsthand look at Geldien Stadium this weekend.

Although springtime weather in Wyoming is unpredictable at best, the forecast for Friday and Saturday in Casper calls for temperatures in the upper 60s with only a 20% chance of rain. And the long-range forecast for next week's state meet is even more promising.

Until then, though, take a breath and give thanks to the student-athletes, coaches, administrators, officials, parents and fans for allowing us to get to this penultimate weekend of the 2020-21 school year.

With that being said, here's a closer look at some of the athletes to watch from the eight schools -- Kelly Walsh, Sheridan, Thunder Basin, Gillette, Cheyenne East, Cheyenne Central, Cheyenne South and Laramie -- that will be competing in Casper this weekend.

Cam Burkett: The junior broke the school record in the shot put with a throw of 58 feet, 3 inches at the Camel Qualifier on May 7.

Elayna Chafee: The junior's triple jump mark of 37-05.5 is nearly a foot farther than the rest of the field.

Gaige Vielhauer: The senior is a threat to win top honors in both shot put and discus.

Texas Tanner: The junior has the top mark in the discus with a throw of 170-11, which is 4 feet farther than his closest competitor.

Distance runners: Reece Charest, Austin Akers and David Standish have the top times in the 800, 1600 and 3200, respectively. The Broncs' depth in the distance races could push them to the team title.

Gabby Mendoza: The junior is tied for the fastest time in the 300 hurdles (45.56) and should challenge teammate Drube for the top spot in the 100 hurdles.

Steven Mansheim: The junior is eyeing a top-three finish, at least, in both hurdle races.

Brandon Werkele: The junior is a serious threat to KW's Wiggins in both the 100 and 200.

Kaliff Guevara: The senior's triple jump mark of 47-02.5 puts him far ahead of the competition.

Madisyn Baillie: The sophomore leads the way in the high jump with a mark of 5-05.

Caydince Groth: The senior is a threat to win both the 400 and the 300 hurdles this weekend.

Darby Downham: The junior won the 300 hurdles with a time of 45.56 at the Kelly Walsh Invite two weeks ago.

Libby Berryhill: The senior distance runner has her sights set on pulling off the 800/1600/3200 trifecta this weekend.

Taylor Gardner: The senior is a points machine for the Plainsmen. She already has state-qualifying times/marks in the 100 hurdles, the long jump and the triple jump.

Lovell’s Zeke Newman was getting ready to compete in the 800-meter run Friday when he paused to watch the Class 2A girls’ 800. What he saw bro…

With only the 4x400 relay left, Cokeville was closing in on Burlington, and despite losing the relay, the Huskies, who placed third, did just enough to beat the Panthers 110-108 to win the 2021 team title.

Kelly Walsh's Darius Wiggins pushes through the final stretch to win the 400-meter dash April 30 at the Kelly Walsh Invitational in Casper.

Cheyenne Central's Sydney Morrell runs the anchor leg on the Indians' 4x800 relay team at the Kelly Walsh Invitational on April 30 in Casper.