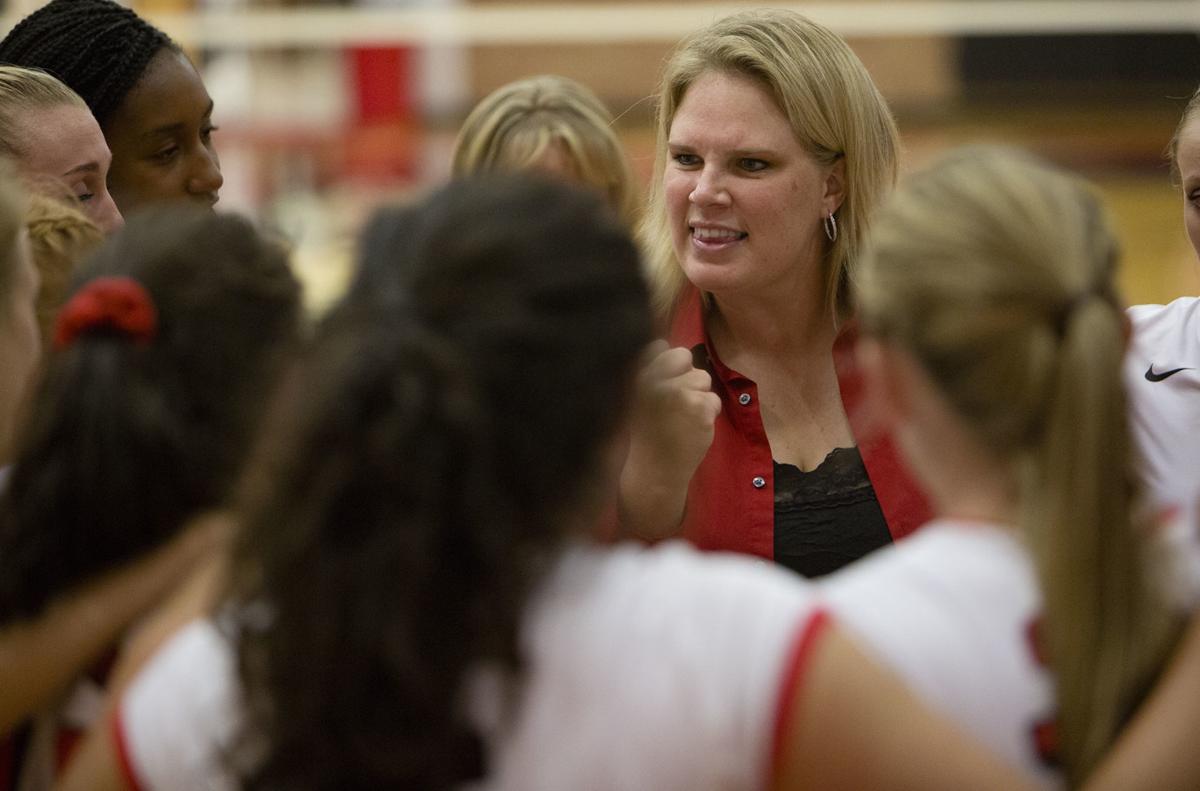 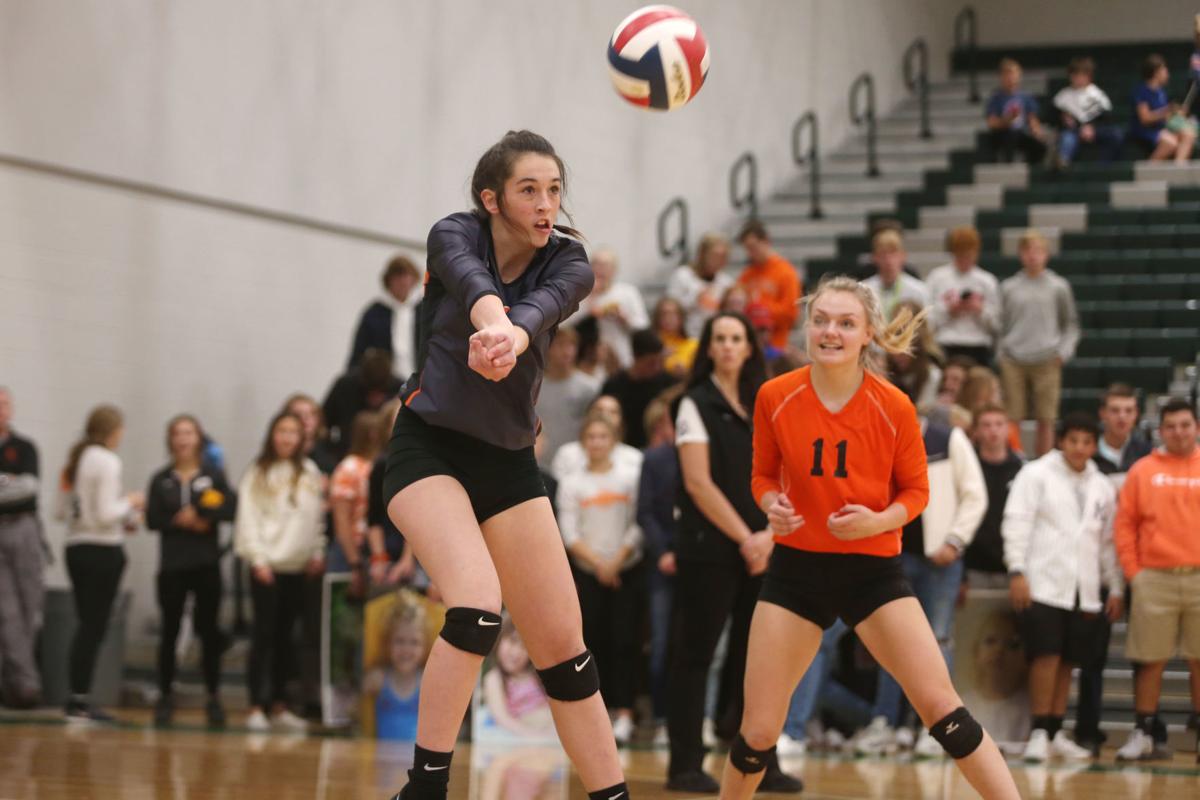 Natrona County's Megan Hagar sets the ball for a teammate during the Fillies' match against Kelly Walsh in the VolleyBowl on Oct. 22, 2019 in Casper.

To say that Adrian McNamee is excited about her latest coaching position would be an understatement.

The former head volleyball coach at Riverton (2008-14) and assistant coach at Casper College (2015-19) will take over as Natrona County’s head coach this fall. McNamee is a 2001 graduate of NC.

“I’m going back to my old stomping grounds,” she said in a phone interview Thursday. “It was kind of a right place, right time kind of a deal and I’m just super excited to get back there.”

The Fillies’ job became available in February when Michael Botkin, who had coached the team since 2011, was not retained.

At the time, McNamee was already at Natrona County High School, having accepted a job as a freshman science teacher. She applied for the position as head volleyball coach and was hired in early March, right before the state’s schools were shuttered due to the coronavirus pandemic. As a result, any formal news of McNamee’s hiring was lost in the shuffle.

“I was fine with going under the radar because there were definitely more important things happening,” she admitted. “I’m just really excited to see the talent come into the gym in August. I’m seeing it a little bit now because we are having open gyms, but there is just a different energy when the season actually comes around.

“I’m excited because you look at the walls in the gym and there is just years of tradition.”

McNamee is part of that tradition. She played on the Fillies’ back-to-back state championship teams in both volleyball (1998-99) and basketball (1999-2000).

“I was an underclassmen on those teams so my contributions probably weren’t as great as that of some other players,” McNamee said. “But I was definitely a part of those teams and of that culture.

“So I know first-hand what it’s like to walk into the gym with your head held high,” she added. “I know what it’s like to have that pride swelling up inside you because you’re wearing orange and black. I just want that to be passed down to the next generation of kids.”

Natrona County has won six state championships, with the last one coming in 2013. In the three years following that 2013 title the Fillies finished third, third and fourth. Since then, however, NC has won just one state tournament match and last year failed to qualify for the state culminating event for the first time since 2011.

While McNamee is unsure what her first Natrona County team will look like, the Fillies are expected to return four players, including junior all-conference selection Alesha Lane, from last year’s squad. For now, McNamee just wants to get back on the sidelines.

“I think playing sports in the fall is going to be important just to gain momentum for the rest of the school year,” McNamee offered. “I’m excited to work with the other coaches and the other programs.

“In the past we had a sense of community at NC and that’s what I’m excited to be a part of again and to help grow that in future years.”

McNamee knows what it takes to win state championships. She also knows that in order for Natrona County to get back to that level it will have to find a way to get past crosstown rival Kelly Walsh, which has won the past three state titles.

“The Green Machine,” she said in reference to the Trojans. “I just respect that program and the amazing job that (head coach) Jeff (Barkell) and his coaches have done. But I love competition, so I’m excited to see what we can do against them.”

FAMILIAR FACE: Adrian McNamee, who graduated from Natrona County High School in 2001, is the new volleyball coach of the Fillies.

ROAD TO NC: McNamee was the head coach at Riverton for seven seasons (2008-14) and spent the past five years as an assistant coach at Casper College.

SHE SAID IT: “I know what it’s like to have that pride swelling up inside you because you’re wearing orange and black." -- McNamee.

Natrona County's Megan Hagar sets the ball for a teammate during the Fillies' match against Kelly Walsh in the VolleyBowl on Oct. 22, 2019 in Casper.