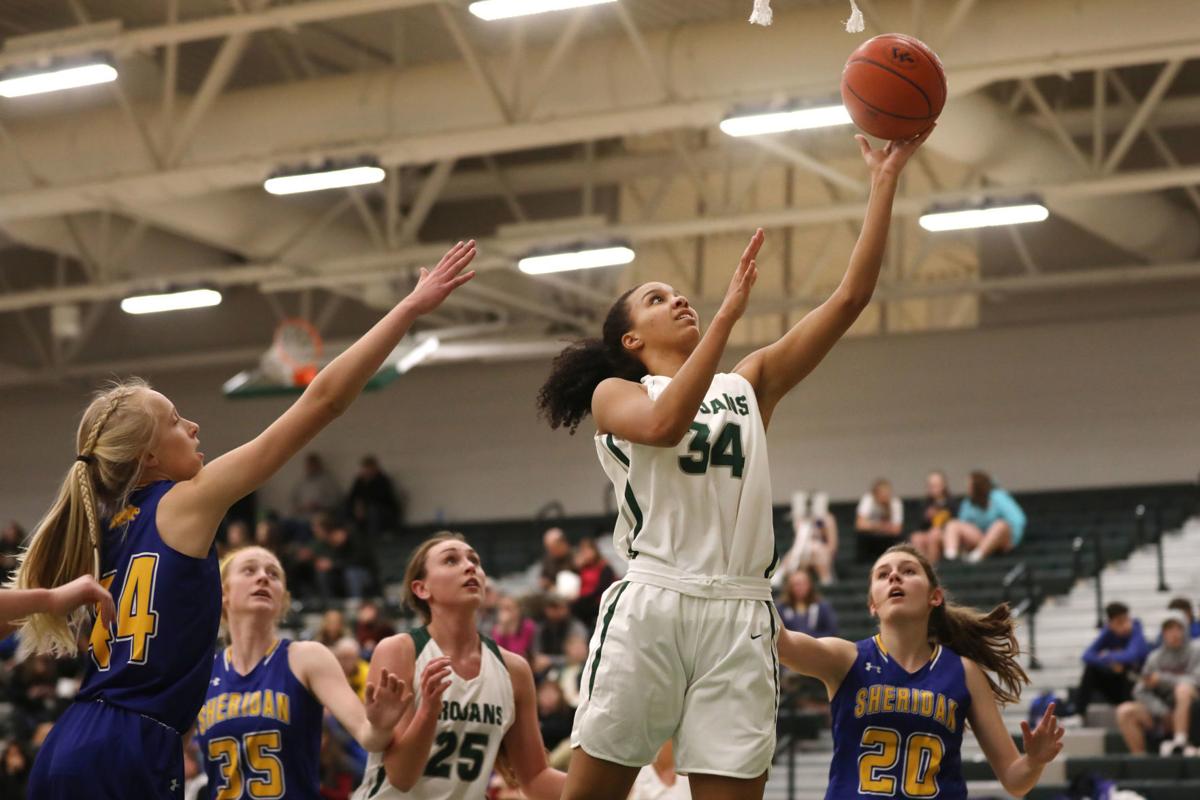 Kelly Walsh's Naya Shime shoots a layup in the Trojans' game against Sheridan on Jan. 16 at Kelly Walsh High School in Casper. 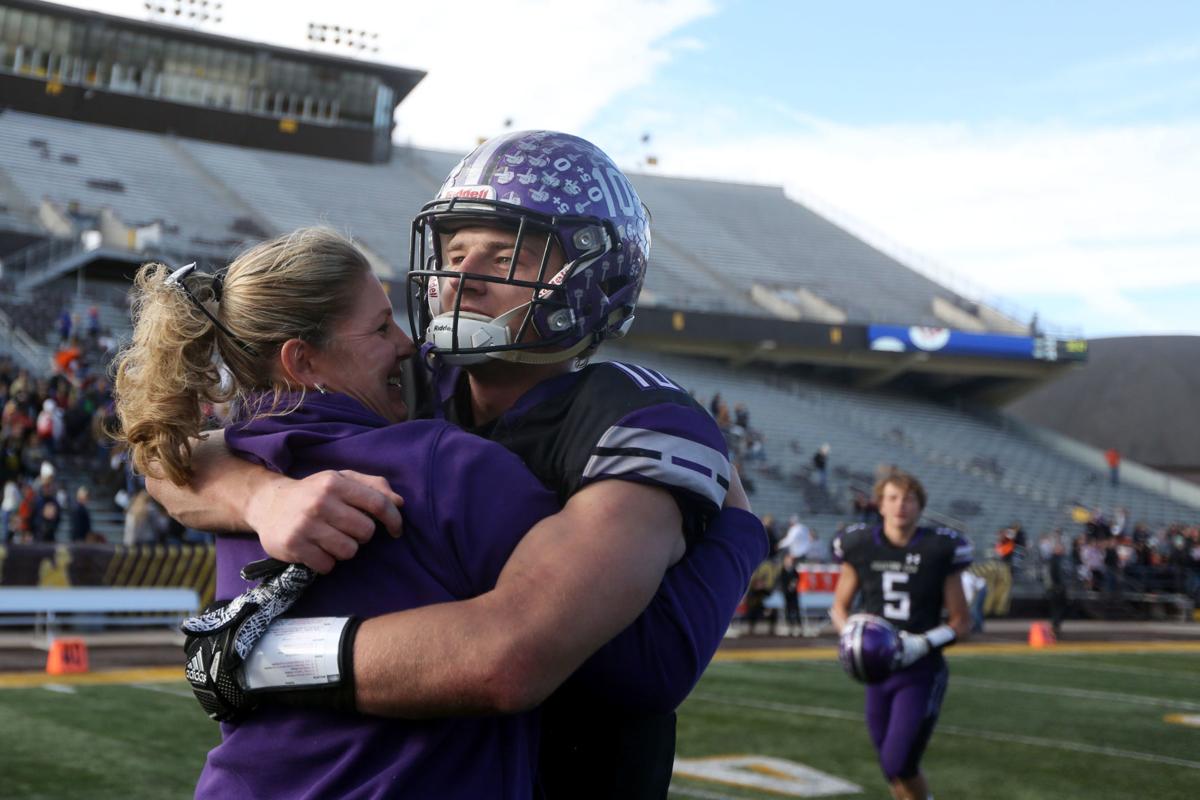 Briggin Bluemel (10) of Mountain View is hugged after beating Buffalo 2414 in the state 2A Championship Friday, Nov. 15, in Laramie.

Kelly Walsh’s Naya Shime and Mountain View’s Briggin Bluemel have been selected as the winners of the 2020 Milward Simpson Award.

The award is given each year to the most outstanding male and female high school seniors in Wyoming sports. Bluemel is the first athlete to win the award from Mountain View. Shime, who spent the first three years of her high school career at Riverton, is the second Kelly Walsh student to win the girls award (Madison Vinich, 2018).

Shime will play college volleyball at the University of Wyoming.

A three-time all-state selection in volleyball at Riverton, she was also a two-year starter in basketball and won four state titles in track for the Wolverines. She won the state long jump title her first two years, setting the Class 3A mark with a leap of 18 feet, 8.75 inches as a sophomore. She also won the 100-meter hurdles as a sophomore and junior.

A football and track commit for Dickinson State University, Bluemel excelled in three sports at Mountain View. He received all-conference honors in basketball while also earning multiple all-state honors in both football and outdoor track.

Bluemel was a three-year starter and earned three all-state honors in football for the Buffalos, helping lead them to Class 2A state titles in 2017 and 2019. He finished his high school career with more than 3,500 yards of total offense despite rarely playing more than one half for the undefeated Buffs as a senior.

His Mountain View team also claimed the 2019 Class 3A state track title. Bluemel won the 110- and 300-meter hurdles and ran a leg on the Buffalos’ gold medal-winning 4x100 relay team and its runner-up 4x400 squad.

The award has been presented since 1976 in honor of Simpson, a former Wyoming governor and U.S. senator who captained UW’s football, basketball and baseball teams in the early 20th century. He was the first Wyoming native to earn All-America honors in college football. His son, Alan, was also a U.S. senator.

Kelly Walsh's Naya Shime shoots a layup in the Trojans' game against Sheridan on Jan. 16 at Kelly Walsh High School in Casper.

Briggin Bluemel (10) of Mountain View is hugged after beating Buffalo 2414 in the state 2A Championship Friday, Nov. 15, in Laramie.