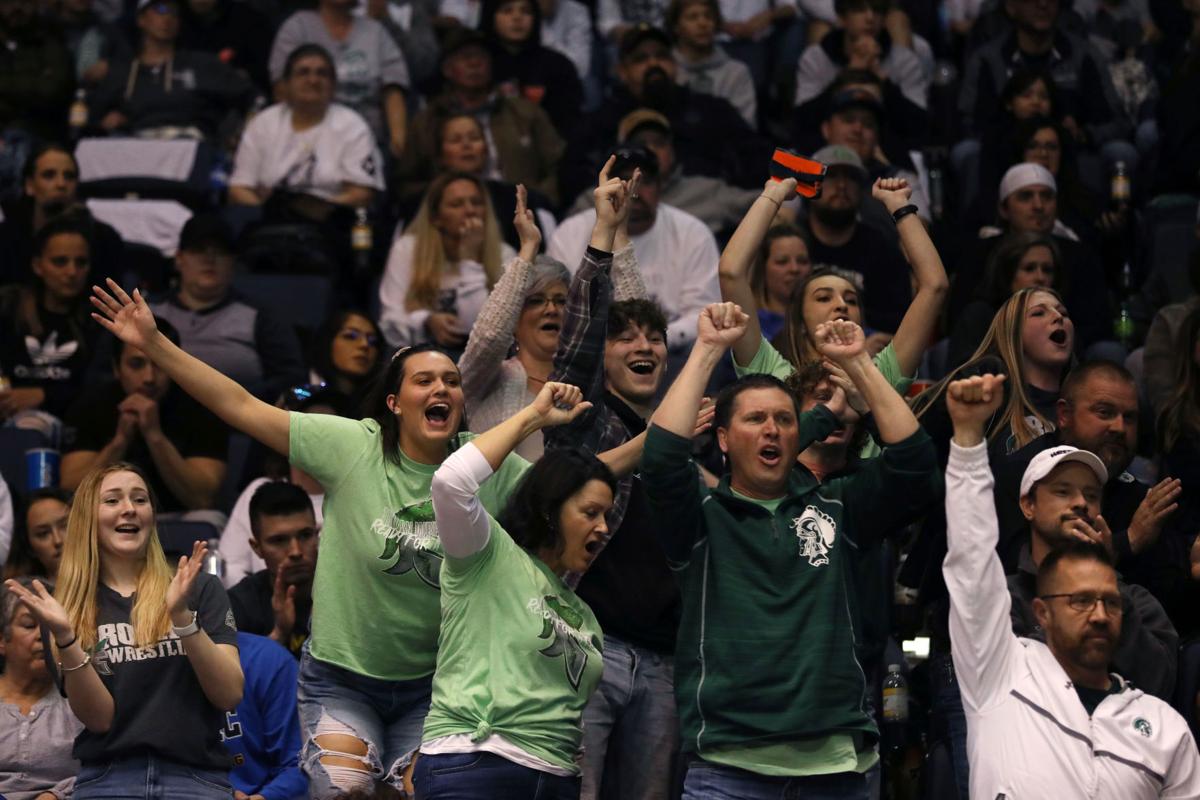 Following what the Wyoming High School Activities Association called a “clerical error,” the Kelly Walsh Trojans successfully repeated as Class 4A team champions at the 2020 Wyoming State High School Class 4A Wrestling Championships at the Casper Events Center on Saturday.

The error came because a Kelly Walsh wrestler was disqualified for flagrant misconduct during competition on Friday. Kelly Walsh was deducted 3 points for misconduct and an additional 4 points as the scoring wrestler. However, because the WHSAA allows two wrestlers in a weight class, that disqualified wrestler became Kelly Walsh’s secondary wrestler and the Trojans’ other participant in that weight class earned 11 points, therefore the additional 4-point deduction was erased. That put Kelly Walsh on top in the team race with an adjusted team total of 211 points. Green River, originally ordained champion, finished with 208.5 points.

Laird said that during his decades-long tenure no situation like this has ever occurred. Green River had already been notified about the error in team scoring. The WHSAA has apologized to Green River for the error.

“This is the right thing to do,” Laird said.

In a way, living in the shadow of an older brother has shaped Keagan Bartlett into who he is today.

Star Valley only wrestled with its complete lineup in the season’s opening weekend and the past two weeks. So sending seven wrestlers into cha…