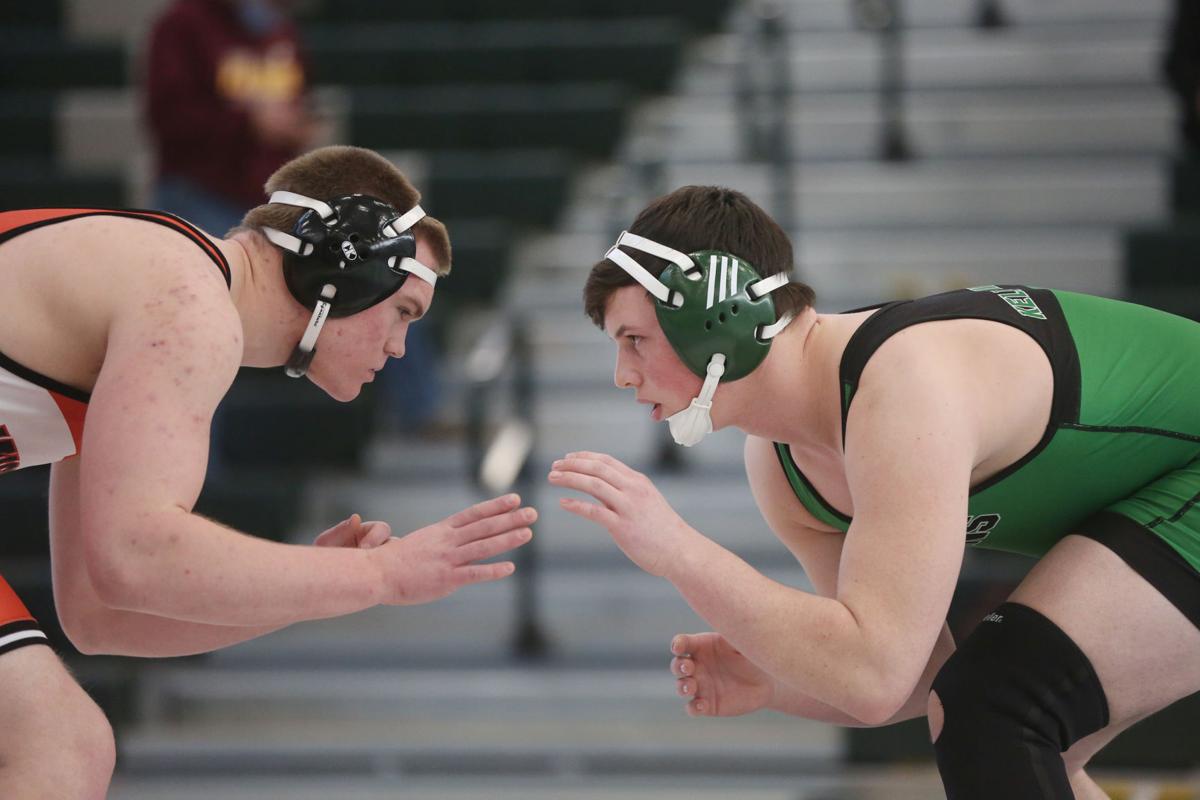 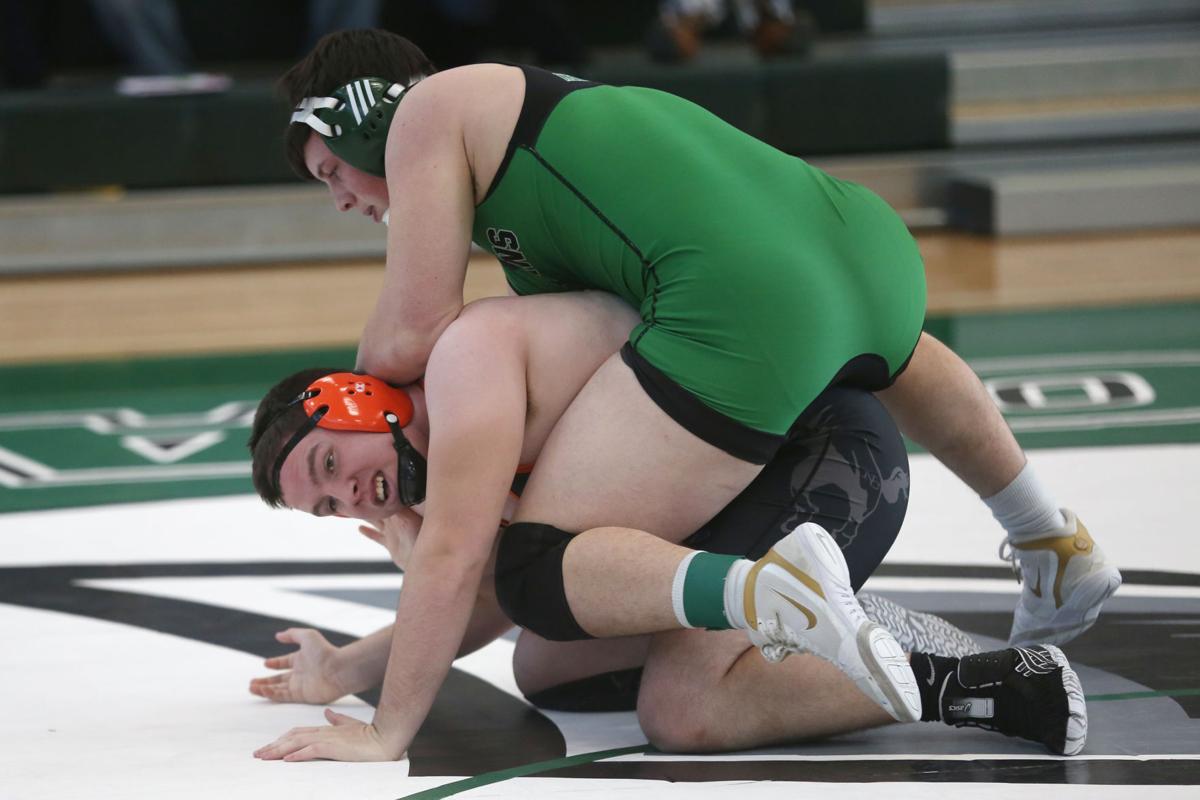 For someone who had never wrestled competitively until last year, Dom Gray has proven to be a quick learner. The Kelly Walsh senior, whose previous experience in the sport consisted of “wrestling around with my brother in the backyard,” is on the short list of title contenders at 220 pounds heading into Saturday’s Class 4A state championship.

Gray enters the state meet with a 23-9 record after losing by pinfall to Natrona County’s Colter Helm in the championship match of the Northwest Quadrant qualifier this past Friday. Eight days earlier, at the Miller Cup, Gray got a takedown in overtime to earn an 8-6 decision over Helm.

Kelly Walsh head coach Travis Peak has no doubt Gray will be focused and ready Saturday, when he takes on Cheyenne Central freshman Cameron Cox in the first round. Win that match and Gray will face Cheyenne East senior Trey Bower, who defeated Gray 7-5 last month.

“Dom is one of those special dudes,” Peak said. “He’s like a sponge, he just soaks up everything you show him. And he has the athletic ability and the strength to pull things off that a lot of kids can’t.”

Gray didn’t necessarily join the Trojans’ wrestling team last year with thoughts of winning a state championship, although the two wins he earned competing at 195 did help Kelly Walsh secure its second consecutive team title. However, after football season ended last year, Gray wasn’t ready to stop competing. It didn’t take much for his teammates to convince him to come out for wrestling.

“Sam Henderson talked me into it,” Gray said, referring to the Trojans’ 170-pound senior. “I had always wanted to try wrestling, so I decided to give it a try.”

Last year was definitely a learning experience. Gray realized his strength and athletic ability sometimes weren’t enough when going up against kids who had been competing in the sport for years.

Peak continues to be impressed with how far Gray has come in just two years on the mat. He’s coached a number of individual state champions during his seven years at Kelly Walsh, and he thinks Gray could add to that total.

“He could be competing for a state championship (on Saturday) in just his second year of wrestling, which is pretty crazy,” Peak stated. “It’s amazing how fast he learns things. There are some guys who have wrestled their whole lives and they don’t pick it up that quick. He hasn’t gotten really good at any one particular thing, he’s just well-rounded. He just continues to be more aware every time he’s out there.”

QUICK LEARNER: In just his second year of competition, Gray is one of the top-ranked 220-pound wrestlers in Class 4A.

HE SAID IT: “He could be competing for a state championship (on Saturday) in just his second year of wrestling, which is pretty crazy.” -- KW wrestling coach Travis Peak.

D'Anthony Smith's win in the third-place match at 285 gave the Mustangs the title.

When the pandemic put a halt to the 2021 New York wrestling season, Sam Sorenson thought he would have to put off wrestling for the foreseeabl…

Wrestling has been a family affair for the Truempler family for a long time. Tryston and Pehton Truempler have been attending the Wyoming stat…

Despite not having any individual champs, the Panthers claimed their first title in 17 years.

Mustangs rally to take down Sheridan and win program's first state title since 1984.

Benabise won his first title at 138 pounds and the past two at 145, which is the weight class he's competing in Saturday.

It’s easy to say that the 2021 Wyoming State High School Wrestling Championships have concluded, but how we got here is an entirely different story.

STILL THE TEAM TO BEAT: Star Valley is the five-time defending state champion and the Braves are the odds-on favorite to make it six in a row.…