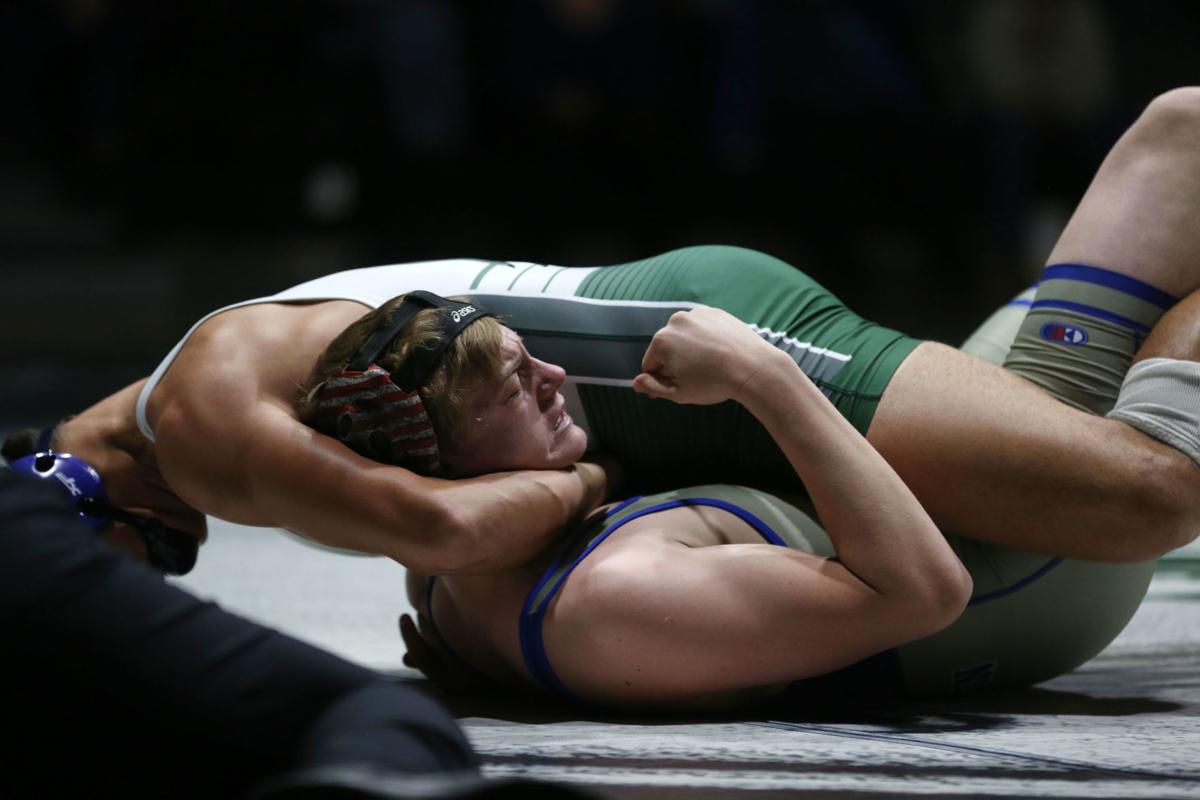 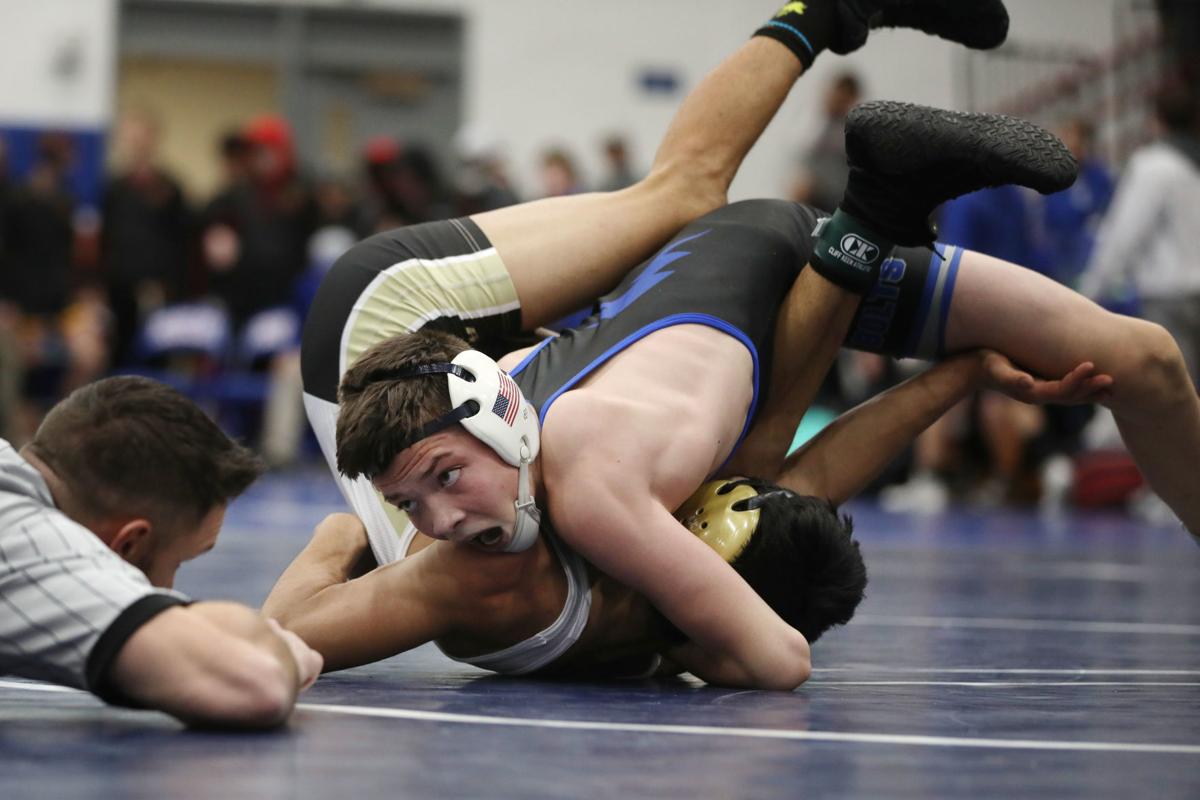 The Trojans also picked up major points from four other medalists. Senior Luke Nathan finished second at 170 pounds and a trio of Trojans — Luke Jackson (120), Sam Henderson (152) and Phoenix Buske (220) — all earned bronze.

Buske, a 2A state runner-up last year when he wrestled at Wright, has been a welcomed addition to the Trojans already potent lineup this season.

“I feel like a lucky guy,” Kelly Walsh head coach Travis Peak told the Star-Tribune after Kelly Walsh’s dual win over Thunder Basin earlier in the week. “It’s luck, I guess. Phoenix is a good kid, he works hard, he catches on and he’s got good cardio for a big boy. He’s going to be a threat, too.”

Kelly Walsh finished with 200.5 total points. Thunder Basin finished second in the standings with 189 points. The Bolts picked up championship wins from Warren Carr (152) and Dalton McInerney (285) and second-place finishes from Seamus Casey (120) and Cael Porter (138).

Douglas and Natrona County tied for third with 178 points each. The host Bearcats led the team standings after the first day of action by putting multiple wrestlers in medal position. Senior Cody Pinkerton (220) was the only one to win gold while Kagan Lenzen (160) and Bradyn Matthews (285) both earned bronze for the hosts. Natrona County also had just one champion in sophomore Tate Tromble (106). The aforementioned Brenton finished second and Nathaniel Sausedo (126), Cyruss Meeks (138) and Kaeden Wilcox (145) finished third for the youthful Mustangs.

“We’re just a great team,” Tromble told the Star-Tribune after Thursday’s dual win against Riverton. “We’re just good, I guess. I think we can do pretty good this year.”

Gering, Nebraska, rounded-out the top five after putting four wrestlers atop the podium. Wheatland senior Seth DeWitt kept the Bulldogs from making that five wrestlers by scoring a third-period pinfall win in the 160-pound championship to improve to 22-2 this season.

Burns/Pine Bluffs picked up two championships in Douglas. Senior Boe Clayson won the 170-pound title with a second-period pin and senior Ben Banville scored a first-period pinfall at 195 pounds to remain undefeated this season at 14-0.

“Coaches want to go out and catch us slacking and see us lose,” Palmer told the Star-Tribune earlier in the week. “We always want to stay prepared and stay focused. For me, I just go out there and wrestle and it’ll all take care of itself.”

Natrona County sophomores accounted for half of the Mustangs' 12 wins in the victory.

Defending state champs are coming off a tournament title at the Shane Shatto Memorial Invite.

The defending state champion Trojans rallied for a 42-29 victory over the Bolts on Tuesday.