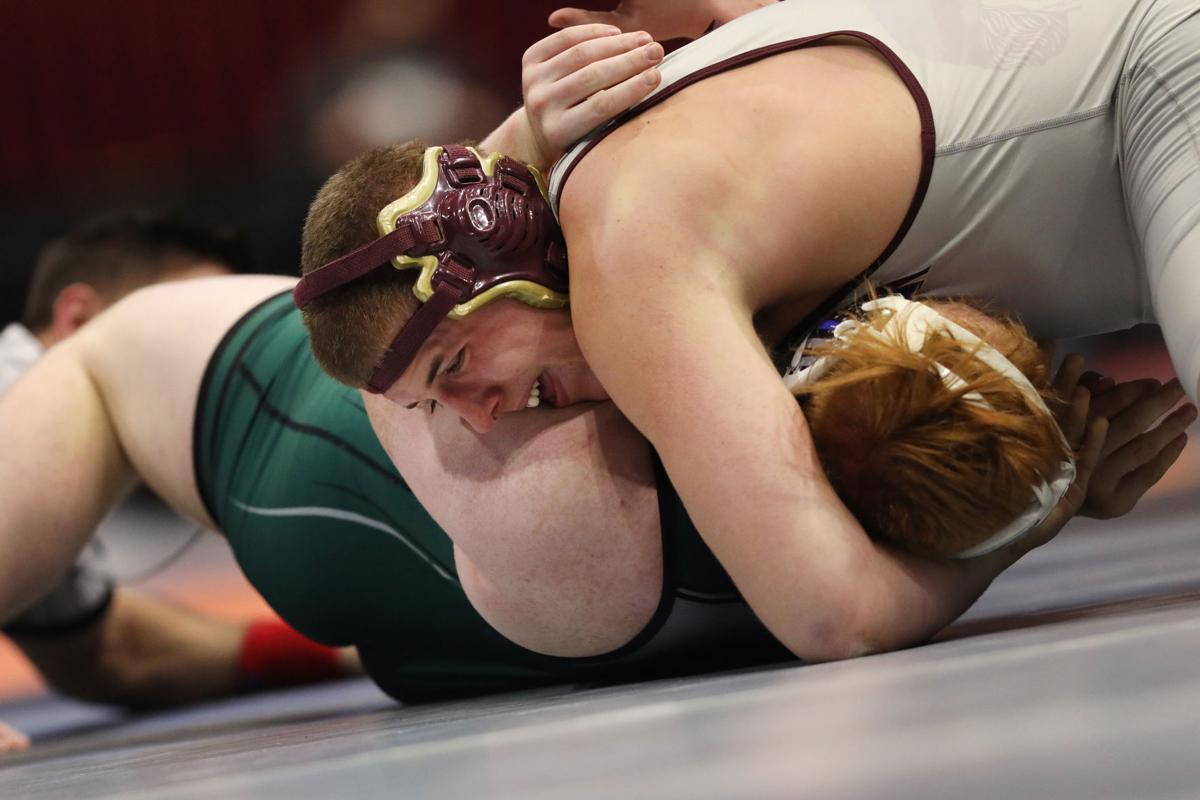 Torrington's Sam Sorenson pins Deylin Miller of Green River in the semifinals at 220-pounds Friday at the Ford Wyoming Center in Casper. 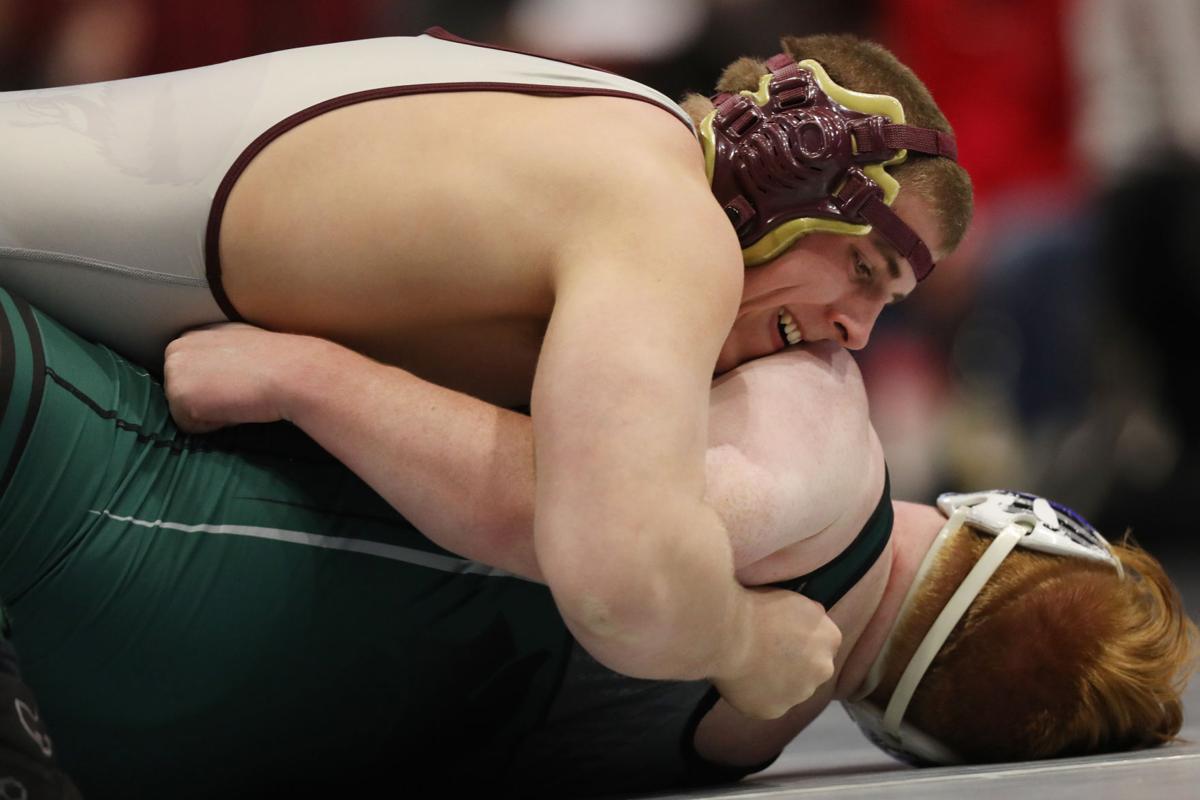 When the pandemic put a halt to the 2021 New York wrestling season, Sam Sorenson thought he would have to put off wrestling for the foreseeable future. Wrestling is his favorite sport and one he excels at.

However, Sorenson was given an opportunity that very few teenagers get. A friend from Central New York moved to Torrington a few years ago and offered his home to Sorenson in 2020 to compete this year.

With his parents’ blessing, Sorenson packed his bags and headed toward the Mountain West, where he is now a sophomore at Torrington High.

Sorenson entered the Wyoming State High School Class 3A Wrestling Championship with a record of 31-0, but he left the tournament a state champion at 220-pounds.

“You can’t really go into the season expecting to be undefeated or to win a state title,” Sorenson said. “But if you work hard and are confident in yourself — or as you can be — everything will fall into place.”

However, he did expect to meet Rawlins’ Garrett Parker in the finals at the Ford Wyoming Center — a foe he’s faced off against in the past — but that did not happen as Parker was defeated by Worland’s Christian Peterson.

“(Parker’s) probably been my best competition this year,” Sorenson said. “He really reminds me of how I’ve wrestled in the past couple of years, really defensive.”

Sorenson dominated his way to the championship, exerting control over his opponents in every match, beating Powell’s Adam Flores in the second round by pinfall in 2:13 and New Castle/Upton’s Weston Simianer in the final second of the first period.

He overpowered Green River Valley’s Deylin Miller in 1:24 of the first period. In the championship, he dictated the pace against Peterson until he pinned him in the second period at 3:30.

“I was pushing hard, arm drive was there, but I swear to you he fatman rolled me; my kryptonite,” Sorenson said after this championship match. “I knew what he had though, so I stood him up, (took) him down and rolled him”

The first time the Trail Blazers head coach, Cody Grant, saw Sorenson, he assumed he was a senior.

“But it’s kind of funny, I started getting the guys warmed up, and I stopped myself,” Grant said. “’Maybe I should let Sam know what a high crotch is; he’s new.’ Sam (responded), ‘I’ve been wrestling, I know what I’m doing,’ and I was like, alright, so we can jump right in.”

Grant instantly knew he had something with Sorenson.

“He’s got a good head on himself,” Grant said. “He’s a smart, really smart wrestler. He stays in good position and doesn’t ever hardly get himself in bad positions; on his feet, top, bottom, just really solid, nothing super flashy. (He’s) one of the more solid wrestlers I’ve ever seen, especially at his age and at his weight.”

Sorenson has been wrestling since he was still in diapers. He competes at one of the heavier weights but maintains strong fundamentals in his wrestling game. At the state tournament, he displayed nimble feet, a rarity in heavier weight classes.

The Trail Blazers wrestling team is young — composed of mostly freshman — they’re still coming into their own as wrestlers. However, he’s grateful to have Sorenson alongside to help the team get better.

“They see his success, and it gives them someone to look up to and shoot for what they can do and have success themselves,” Grant said.

Sorenson’s acknowledged being defensive in the past, but this year he’s made it a point to get better.

He’s challenging to take down and has made it a point to get more aggressive by shooting more — something that was evident on Friday night.

“It would be really nice to get a scholarship — to wrestle — but I can’t control that,” he said. “All I can control is how hard I work. The reality of it, I’m sure everybody here wants the same thing I do. I just have to work as hard as I can.”

Torrington's Sam Sorenson pins Deylin Miller of Green River in the semifinals at 220-pounds Friday at the Ford Wyoming Center in Casper.