With state title in hand, Thunder Basin's Carr is ready for the next level
View Comments
Share this
Return to homepage × 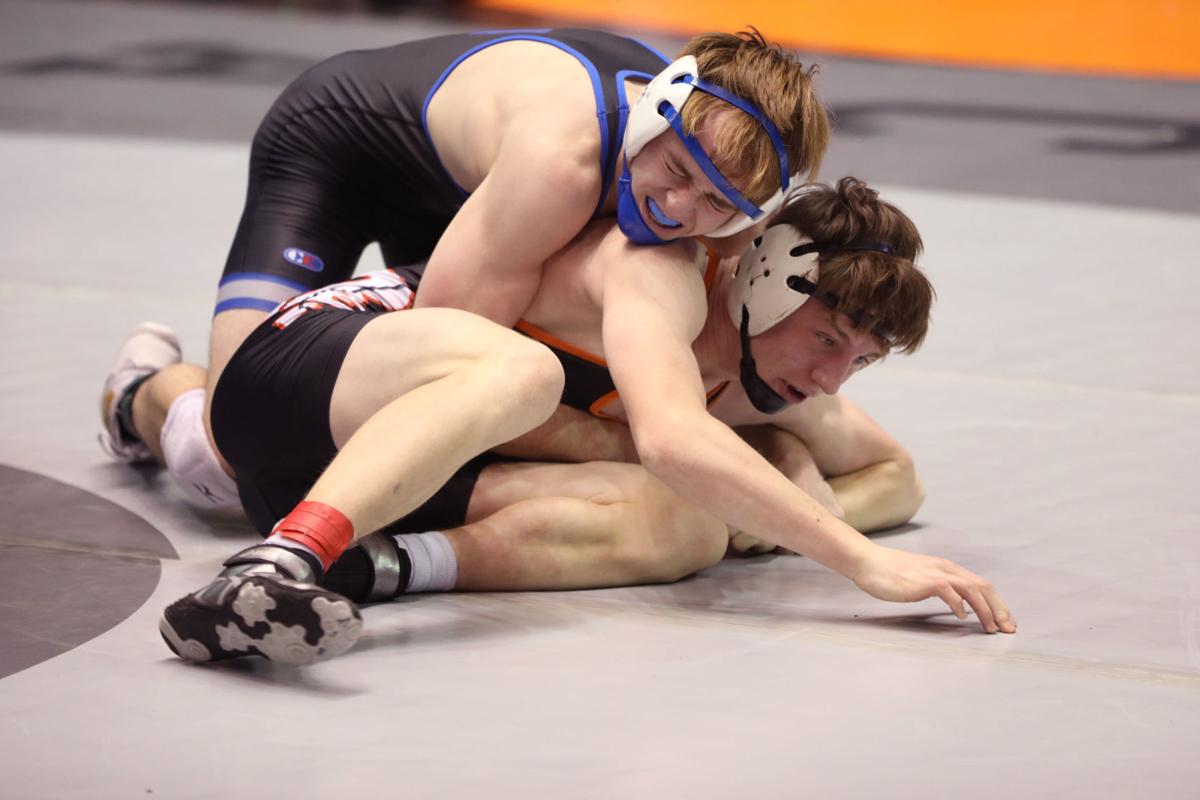 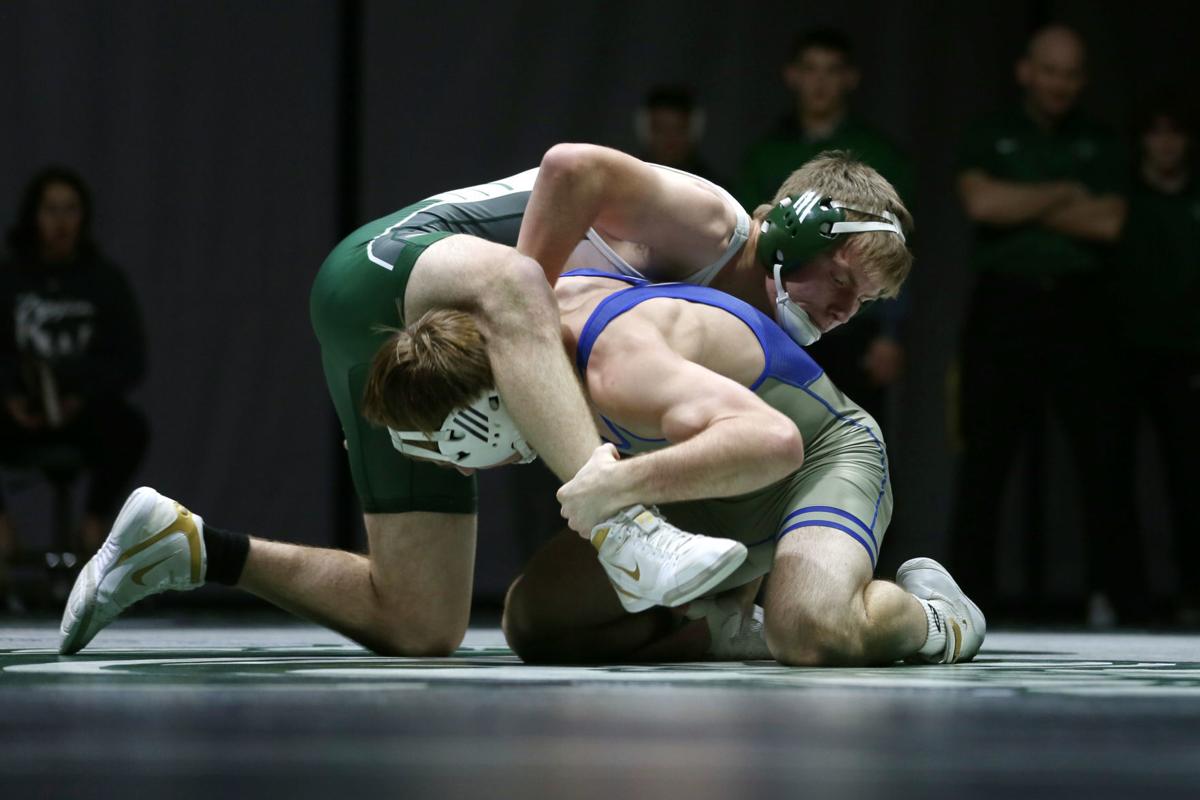 Warren Carr entered his final wrestling season at Thunder Basin High School with one thing in mind: Dominate every opponent. The final results show he was up to the task.

Carr capped an outstanding senior campaign with a second-period pin of Kelly Walsh’s Sam Henderson to win the 152-pound title at the Wyoming State High School Class 4A Wrestling Championships on Feb. 29 at the Casper Events Center.

“There might have been kids I wrestled this year who were more talented than me,” Carr said in a phone interview Saturday, “but as long as I trusted myself and trusted my game then I was going to be fine. And it worked out. It was nice to know that I was going to go out there and dominate.”

After finishing as state runner-up each of the past two years – both times losing 5-4 decisions in the championship match – Carr left little doubt at the state meet, pinning three opponents and winning by major decision in the semifinals. It was a common theme throughout the season as Carr went undefeated at the Pat Weede Invitational and won titles at the Shane Shatto Memorial and the prestigious Ron Thon Memorial, among others, while rarely being challenged. He finished 46-1 on the season, with his only loss coming in the season’s opening weekend to Eli Kadoun from Sioux Falls, South Dakota, who would go on to win the South Dakota state championship.

“I just didn’t wrestle my best match,” Carr admitted. “But it was definitely beneficial because I went back to the drawing board after that and I got a lot better. I didn’t want to take another loss all season and I was blessed to finish that.”

Carr’s wrestling career is far from finished, however. Earlier this year, he signed to compete for the University of Wyoming and head coach Mark Branch.

For Thunder Basin head coach Mikah Kudera, who wrestled for Branch at UW and spent time in the Cowboys’ wrestling room when he coached at Laramie High School, it’s a logical step for Carr.

“I know what Coach Branch’s vision is with that program,” Kudera said. “And Warren’s vision fits perfect with what the ‘Cowboy Way’ is with how hard he works.”

“I’ve never seen a kid make such a mental jump in one year,” Kudera explained. “And that was ultimately the difference. This year he had the confidence along with the talent to prove he was the best in the state, and obviously that’s what he did.

“It’s awesome to see those kids that work their tail off finally achieve their goal,” Kudera added. “This is not a knock on anyone he wrestled in the finals or in the state of Wyoming, but from his sophomore year on he was the best kid in the state. He just had a mental toughness.”

Carr began his high school career competing for legendary coach Tom Seamands at Campbell County High School in Gillette. Wrestling at 126 pounds that year he finished third at state. When Thunder Basin High School opened in the fall of 2017, Carr transitioned from a Camel to a Bolt. He was a combined 88-12 during those two years, but the two losses in the state championship matches pushed him to take his wrestling to another level.

“My coaches were outstanding in helping me get over that mental hump,” Carr explained. “I just got a lot more aggressive and I wanted to put up as many points as I could. Instead of winning a one-point match, I wanted to make it a 10-, 11-point match every time.

“Coach Kudera instilled in me that if I was wrestling to the best of my abilities there wasn’t anyone that I couldn’t hang with.”

Carr will take that same mental attitude to Laramie, where the Cowboys have established themselves as a contender in the Big 12 and on the national scene. Five UW wrestlers, including Sheridan’s Hayden Hastings, qualified for this year’s NCAA Championships, which were canceled because of the coronavirus pandemic. Along with Hastings, the Cowboys’ 2020-21 roster is expected to have in-state wrestlers Trevor Jeffries and Terren Swartz from Thunder Basin and incoming freshmen Carr and Kevin Anderson from Kelly Walsh.

“I was in touch with the coaches on and off throughout my senior year,” Carr said. “They have a great coaching staff and a great program. I grew up a Cowboy fan so that’s where I wanted to be all along.”

Before then, Carr will relish his final month at Thunder Basin – the school’s graduation is set for June 13 – and a final year that included a state wrestling championship and all-state football honors for a Bolts team that was undefeated until losing to Sheridan in the state championship game.

“It was a special senior season,” Carr reflected. “In football, even though we came up short, I wouldn’t trade my team for a ring.

“As the salutatorian I was given the opportunity to give a speech at our graduation. And I was writing down everything we’ve gone through, and it gave me an opportunity to look back and see how blessed I truly was to be a part of all this. I’m just glad I got the time I had at Thunder Basin.”

ENDING ON A HIGH NOTE: After finishing second at state the past two years, Carr finally won his first state championship this year.

HE SAID IT: “This is not a knock on anyone he wrestled in the finals or in the state of Wyoming, but from his sophomore year on he was the best kid in the state.” -- Thunder Basin wrestling coach Mikah Kudera.