Now the former Sheridan College and Casper College cowboy is looking to put together another hot streak to win his first world championship at the Wrangler National Finals Rodeo. The 10-night event runs Thursday through Dec. 10 at the Thomas & Mack Center in Las Vegas.

Reiner entered July trailing Pope by more than $46,000 but won more than $41,000 in the month while Pope, who was slowed by an injury, won just $5,000. The former T-Bird began the month by winning the title at the Cody Stampede and later won the Central Wyoming Fair & PRCA Rodeo in Casper, the Sheridan WYO Rodeo and the California Rodeo Salinas.

After Pope moved back to the top of the leader board late in the season, Reiner won the Madison (Indiana) Pro Rodeo on Sept. 24 to pocket more than $3,000 and finish the regular season leading the world.

Two other Wyoming natives will also be competing for the coveted gold buckle: saddle bronc riders Brody Cress from Hillsdale and Tanner Butner from Daniel. Cress, a Cheyenne East graduate, is competing in his sixth consecutive NFR while Butner is making his first appearance at the Thomas & Mack.

In addition, Meeteetse bullfighter Dusty Tuckness, the 10-time Bullfighter of the Year, will be making his return to the NFR after suffering a broken leg in Round 9 of last year’s finals.

Thurston is making his eighth consecutive appearance at the NFR. The former Sheridan College cowboy is a two-time world champion (2016, ‘19) and enters this year’s NFR sixth in the world standings with $143.838.

Yates, who won a College National Finals Rodeo championship in 2018 while competing for Casper College, is here for the third year. He won the NFR average title in 2018 roping with Aaron Tsinigine. Yates is currently 10th in the world standings with $95,011.

Breuer qualified for his sixth NFR, finishing the regular season 14th with $104,195. He won the CNFR title while competing for Central Wyoming College in 2010.

WHEN: The 10-day event begins Thursday and runs through Dec. 10.

A bull chases bullfighter Cody Webster over the fence at the Central Wyoming Rodeo on Saturday night. 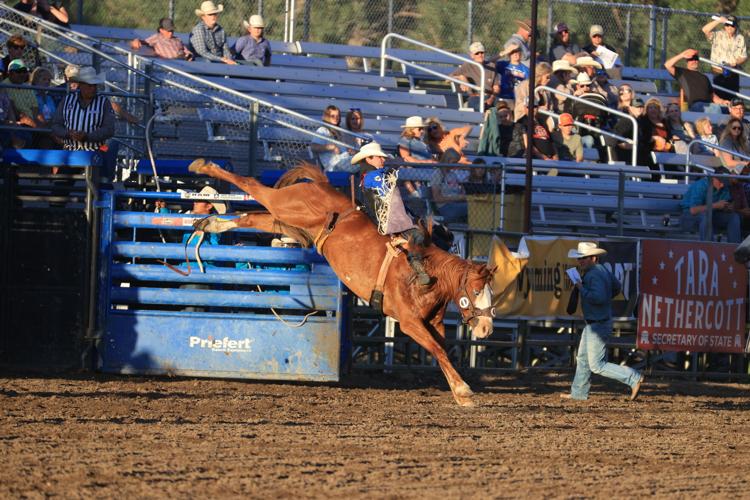 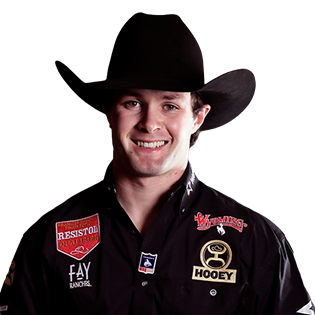