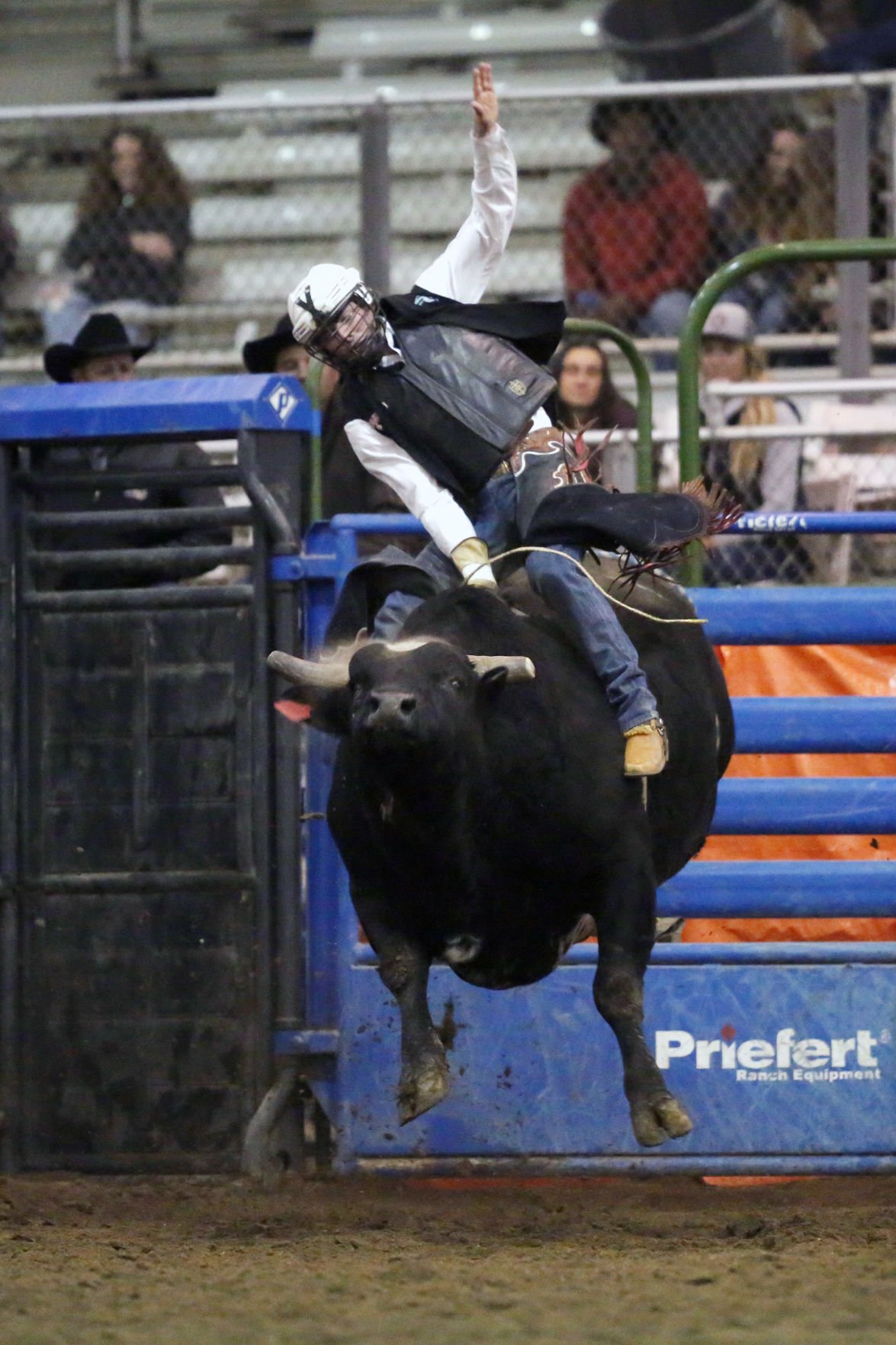 Sheridan College's Wyatt Phelps holds on to his bull for the only qualified bull ride of the first performance of the Ropin' and Riggin' Days Rodeo on Friday at the Central Wyoming Fairgrounds in Casper. 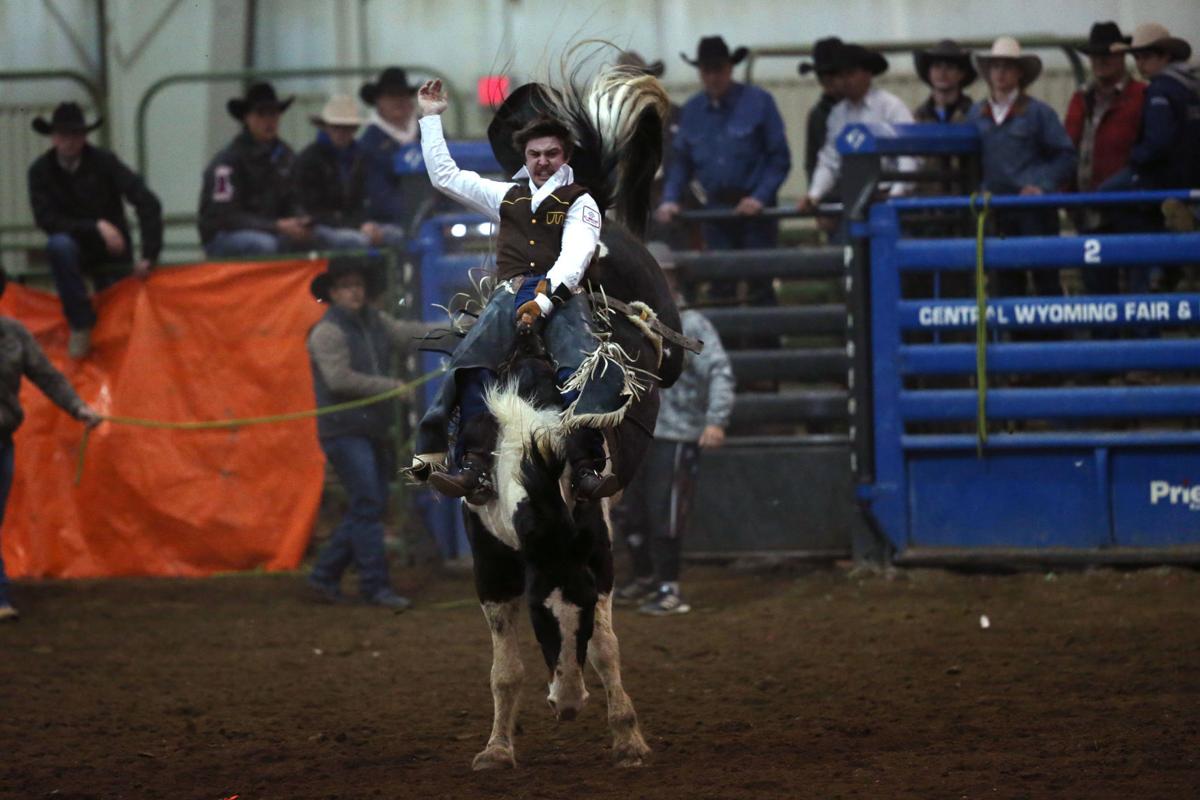 With Tuesday’s announcement that the 2021 College National Finals Rodeo will take place June 13-19 at the Ford Wyoming Center, cowboys and cowgirls from around the country can start making plans to compete in Casper after a year’s hiatus.

Competitors from the National Intercollegiate Rodeo Association’s 11 regions are in the process of trying to qualify for the CNFR, although two regions — Grand Canyon and Rocky Mountain — have already completed their seasons. The majority have just one or two spring rodeos remaining and should have their team and individual qualifiers in place in early May.

It hasn’t been easy, though.

“Every region has done things just a little different just to give these kids an opportunity to compete,” Saran Neely, director of public relations and administration for the NIRA, said in a phone interview. “Some regions didn’t have rodeos in the fall and just went with spring rodeos. And some of our regions just went strictly with slack rodeos or double- and triple-headers.”

Obviously, some regions were affected more than others by COVID-19 restrictions. The West Coast Region, which is comprised of schools in California and Nevada, went solely with a spring season. The West Coast held its first three rodeos on consecutive days on March 23-25, with its remaining rodeos again scheduled on consecutive days on April 29-May 1 before finishing on May 14-15 at UNLV.

“We had to go a different route than usual,” said former CNFR competitor and current Cal Poly-San Luis Obispo coach Ben Londo. “And we’ve had to hold our rodeos and private locations that weren’t affiliated with schools. We’ve just done what we had to do so our kids can compete.”

The Northwest Region, which has schools in Oregon, Washington and Idaho, is in a similar situation. The Northwest held its first rodeo on March 27 in Pendleton, Oregon, and then is going with doubleheaders every weekend through April 30 when it finishes in Milton-Freewater, Oregon.

Closer to home, the Central Rocky Mountain Region has just two rodeos remaining — this weekend’s Laramie River Rendezvous and the Colorado State University Rodeo the following week. The CRMR held four rodeos in the fall followed by six in the spring.

The University of Wyoming Cowboys and Cowgirls have all but wrapped up the CRMR team titles. The men’s team leads Gillette College by nearly 1,400 points, with Casper College 600 points further back. The UW women’s team has more than a 1,200-point advantage on Chadron State College and an 1,800-point lead on Laramie County Community College.

The top two men’s and women’s teams in each region, along with the top-three competitors in each event, automatically qualify for the CNFR.

The University of Wyoming rodeo teams continued their season-long dominance of the Central Rocky Mountain Region over the weekend, winning the…

Sheridan College's Wyatt Phelps holds on to his bull for the only qualified bull ride of the first performance of the Ropin' and Riggin' Days Rodeo on Friday at the Central Wyoming Fairgrounds in Casper.