`Bummed out': SpaceX launch scrubbed because of bad weather

Virus review: American deaths surpass 100,000 — What does a number mean? 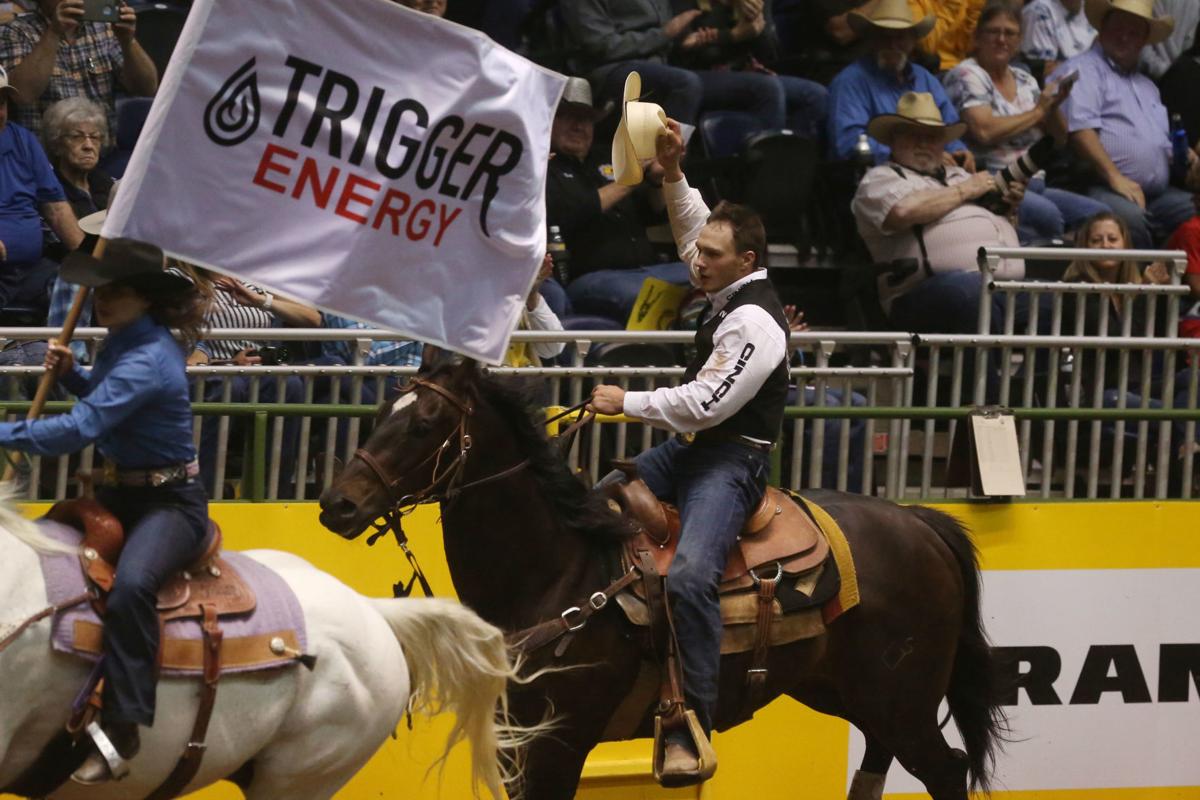 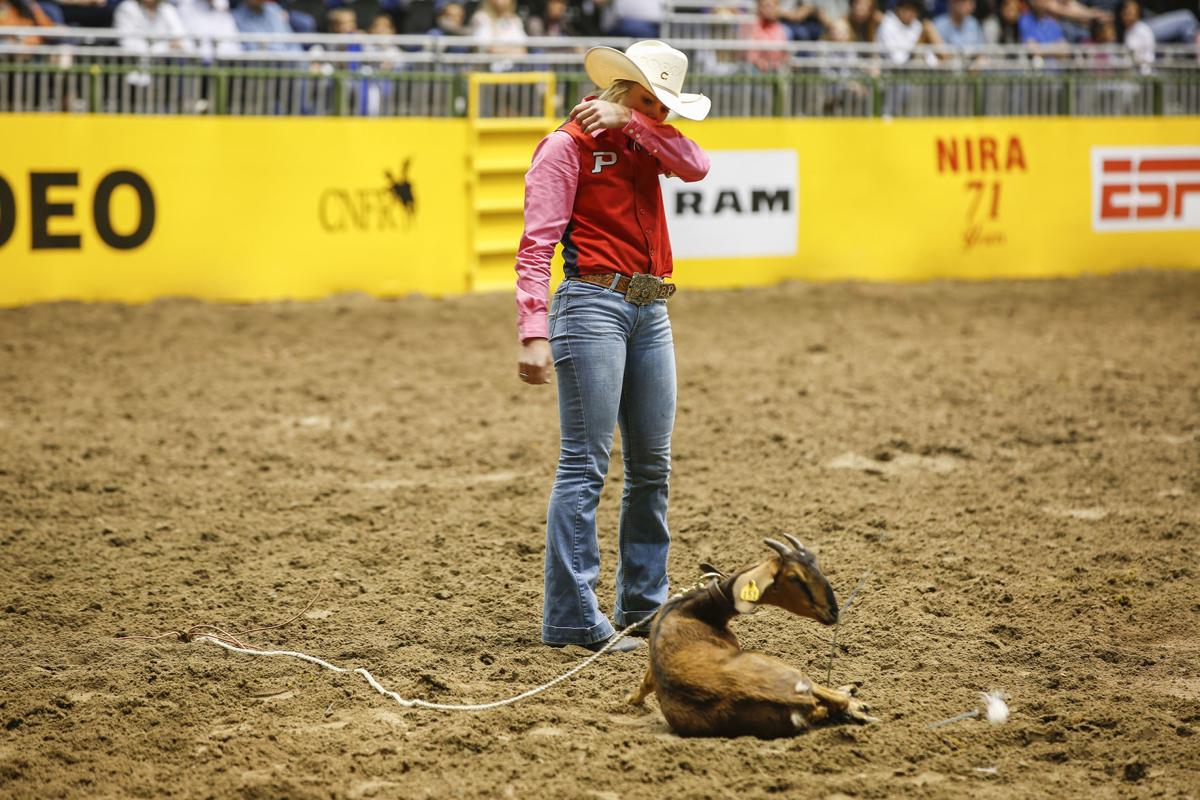 Panhandle State's Beau Peterson wipes her face after competing in goat tying during the third performance of the College National Finals Rodeo on June 13, 2019 at the Casper Events Center. 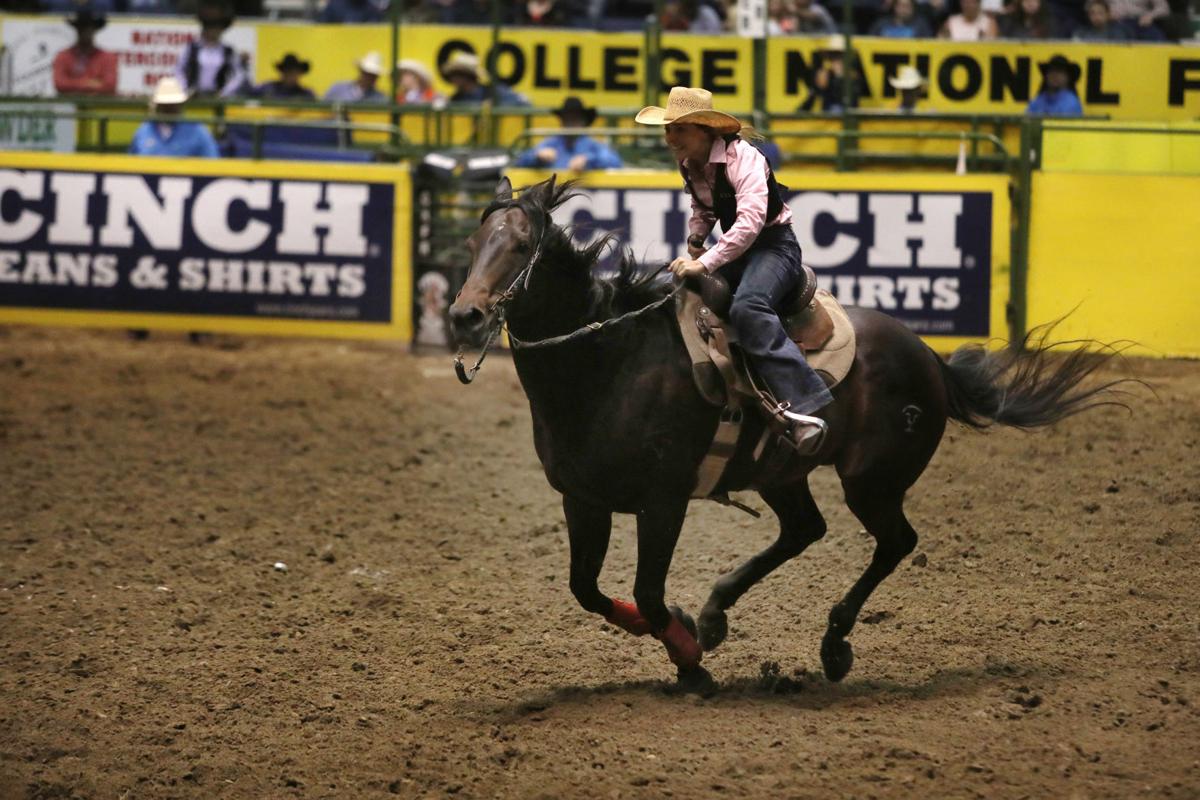 College of Southern Idaho barrel racer Ashtyn Carlson rounds her second barrel in the championship round of the College National Finals Rodeo on June 15, 2019 at the Casper Events Center.

The 2020 College National Finals Rodeo remains up in the air.

Like every other sporting event in the country, the season-ending college rodeo, which is scheduled for June 14-20 at the Casper Events Center, is currently on hold due to the novel coronavirus.

In the meantime, however, the National Intercollegiate Rodeo Association is moving forward in hopes that the CNFR can go on as planned. Along with the decision earlier this week to cancel the remainder of the college spring rodeo season for all 11 NIRA regions, the NIRA also announced CNFR entries would be based on the current standings for each region. (The top two men’s and women’s teams from each region qualify for the CNFR along with the top three individuals in each event.)

“As of now, that is our plan,” Sarah Neely, the NIRA director of public relations, said in a phone interview. “We are taking CNFR entries based on those completed numbers.”

Ten of the 11 regions had completed at least five rodeos before the spring season was shut down, with the Southern Region completing eight. The Northwest Region, on the other hand, had completed just two rodeos. The CNFR entrants from the Central Rocky Mountain Region, which includes the University of Wyoming and six in-state junior colleges, will be based on the final fall standings. The UW men’s and women’s teams were both in first place after the fall season with the Casper College men’s and women’s teams in second.

“I’ve been in touch with a few of the kids,” Casper College coach Jhett Johnson said, “and right now everyone is pretty much restricted to just practicing. If the college finals does take place these kids are going to show up there rusty, but that’s going to be the same for everybody.”

Johnson added that while it’s easier for timed-event competitors to practice on their own, it’s “tough for those roughstock kids.”

Obviously, it’s tough for everyone right now. But Johnson and Neely remain hopeful the CNFR will go on, even if the situation is less than ideal. Neely; NIRA commissioner Roger Walters; and the NIRA board, which consists of faculty directors and student directors from each NIRA region, will meet (likely via video-conferencing) May 14 to make a recommendation on whether to hold the CNFR.

Neely described the past few weeks as a “whirlwind.” The NIRA offices, which are located in Walla Walla, Washington, have been shut down since mid-March, forcing Neely and the rest of the NIRA staff to work remotely.

“I have been here 21 years and this is unprecedented,” Neely admitted. “It’s devastating. But from the beginning we realized how serious this was.

“Ultimately, when our board met, and with the CDC guidelines and what the governors were saying, salvaging the season was just not possible. When the decision was made to cancel the season and hopefully to salvage the CNFR, it was almost easier because we could just focus on the CNFR and go that route.”

So now Neely and the rest of the college rodeo world wait to see what happens next, with May 14 being seen for now as the deadline date to make a decision on the CNFR.

“Hopefully we can get this done for the student-athletes and the coaches and make this happen,” Neely offered. “That’s our goal.”

EARLY FINISH: Because of the novel coronavirus, the remainder of the college rodeo season has been canceled.

ON HOLD: The status of the 2020 College National Finals Rodeo, which is scheduled for June 14-20 at the Casper Events Center, is expected to be decided on May 14.

SHE SAID IT: “Hopefully we can get this done for the student-athletes and the coaches and make this happen. That’s our goal.” -- Sarah Neely, National Intercollegiate Rodeo Association director of public relations.

The latest: Coronavirus in Wyoming — April 1

We will update this page throughout the day with the latest news on coronavirus in Wyoming.
Rodeo

Season-ending college rodeo had been held in Casper every year since 1999.

Panhandle State's Beau Peterson wipes her face after competing in goat tying during the third performance of the College National Finals Rodeo on June 13, 2019 at the Casper Events Center.

College of Southern Idaho barrel racer Ashtyn Carlson rounds her second barrel in the championship round of the College National Finals Rodeo on June 15, 2019 at the Casper Events Center.