Canadian Dawson Hay tied the Round 9 record with a 92.0-point ride on Beutler & Son Rodeo’s BDM Mud’s Killer Bee to the delight of a packed house at the Thomas & Mack Center.

“I’m not sure it’s even sunk in yet,” Hay told the PRCA. “It’s such an incredible feeling. Going through that ride, I’m not sure I’ve ever been on a horse that feels quite like that. That’s a ride that’s going to stick with me forever. It’s a special moment and the kind of thing we’ve always dreamed of since we were little.”

Lefty Holman was second with an 89.5 and former Sheridan College cowboy Zeke Thurston was third with an 88.5. Thurston was given a re-ride after his initial horse stalled out of the chute and the two-time world champ took advantage aboard Bridwell Pro Rodeo’s Indian Burn.

Wyoming saddle bronc riders Tanner Butner (81.5) and Brody Cress (64.0) both finished out of the money.

Trey Holston, competing in his first NFR, won the bull riding with an 89.5.

In the timed events, tie-down roper Marty Yates and steer wrestler Hunter Cure both got to take victory laps for the third time at this year’s NFR.

Barrel racer Hailey Kinsel posted the fastest run of the week (13.34 seconds) on Sister to not only win the round but move to first in the world standings.

Rhen Richard and Jeremy Buhler won the team roping with a 3.8-second run to take over the lead in the world standings.

How the six cowboys with Wyoming ties fared in the ninth round of the National Finals Rodeo.

FRIDAY: Yates and partner Tyler Wade had a no-time. 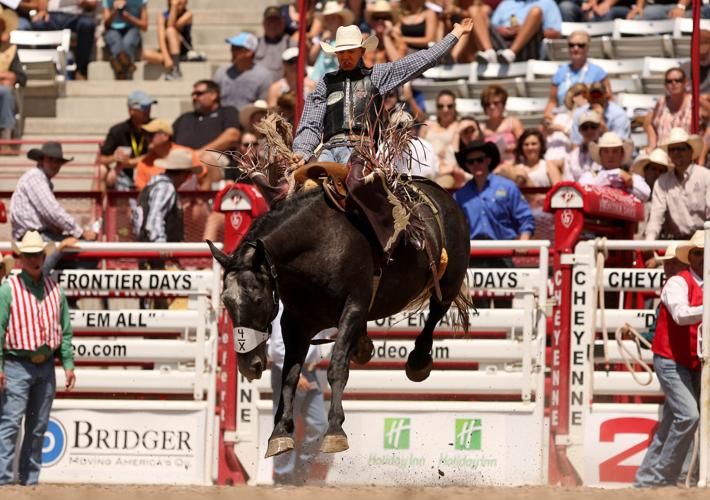 Zeke Thurston  competes in the saddle bronc event Saturday, July 18, 2015 during the Cheyenne Frontier Days rodeo. Thurston maintains his lead in the average at the National Finals Rodeo and is aiming for his third world title. 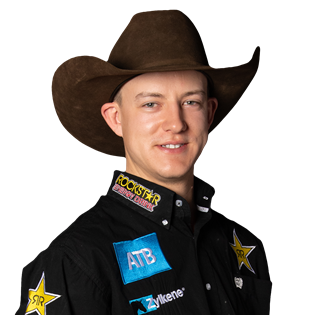